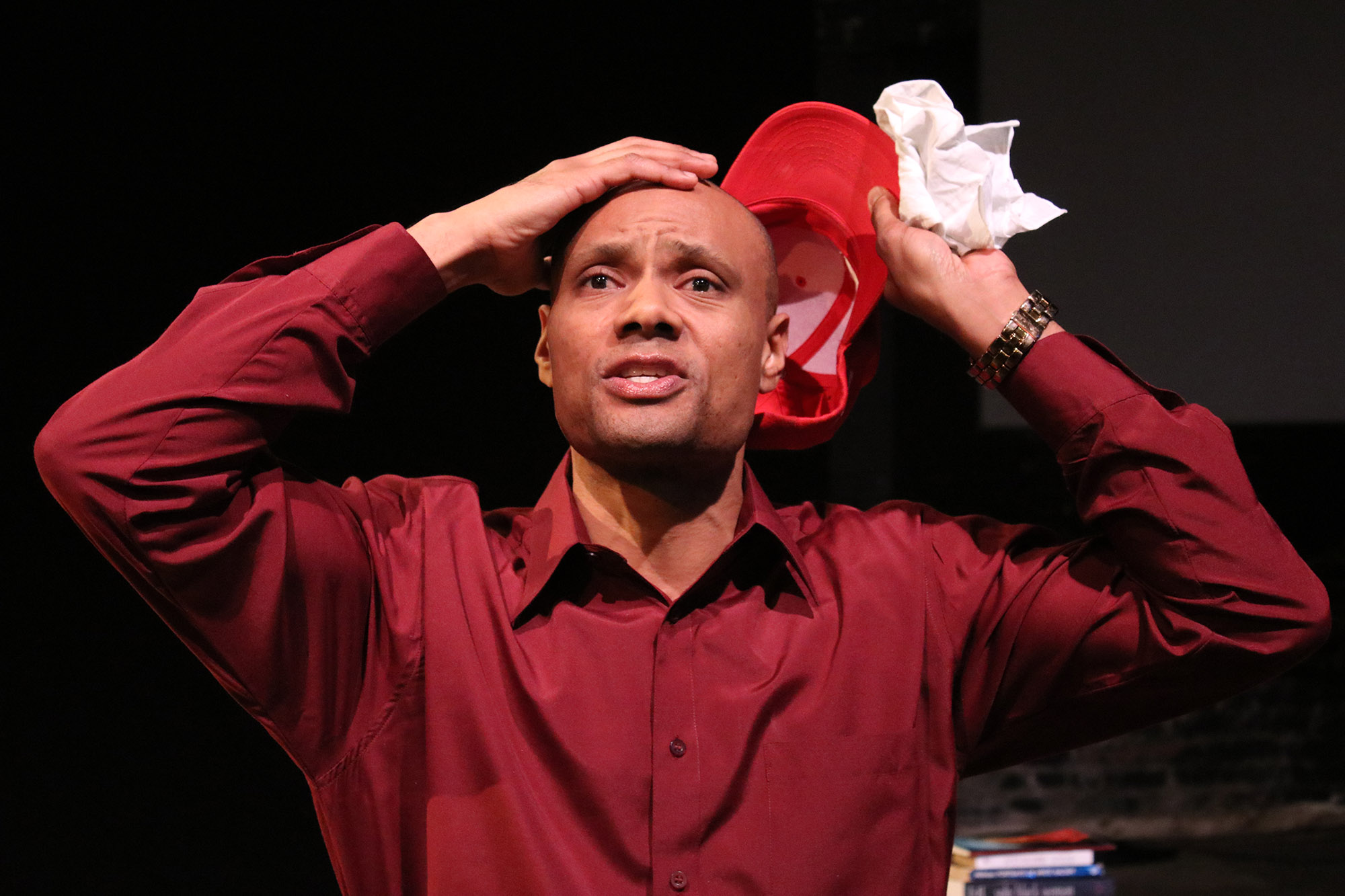 Playwright and actor Sonny Kelly practices a monologue before his show “The Talk” in Durham, Feb. 8. A doctoral candidate in the department of Communication at UNC-Chapel Hill, Kelly wrote “The Talk” based on a conversation with his young son about racial injustice in America. (Staff photo by Adrianne Cleven)

A black playwright has turned his personal experience into the play, “The Talk,” through dramatizing a difficult conversation he had with his son about the racialization of America.

Sonny Kelly, a UNC-Chapel Hill doctoral candidate and performer in “The Talk,” wrote the play in 2015 after explaining the 2015 Baltimore protests to his then 7-year-old son, Sterling. 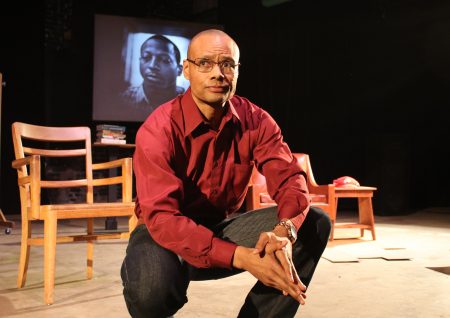 Playwright and actor Sonny Kelly crouches onstage while practicing a monologue from his one-man show “The Talk.” The performance touches on themes of racial injustice, police brutality and American culture. (Staff photo by Adrianne Cleven)

“We learned the source of all of this was a man named Freddie Gray who was arrested and died in police custody, and I had to explain to my son that this story revolved around the fact that he was a black man,” said Kelly. “After explaining that, I looked at my son’s face and realized  he is a black boy and is one day going to become a black man, so this story is an update in his own identity and survival in this world.”

Two weeks later, Kelly wept over the conversation and began typing his thoughts on his cellphone, creating the monologue, “Sterling’s Story.”

During spring of 2016, Kelly showed the monologue to Joseph Megel, a UNC professor of performance studies. Megel became the director of “The Talk.”

“This piece really touched my heart so deeply that I said, ‘Sonny, you need to expand this and make this more because it is just so powerful,’” said Megel. “The fact that he was faced with having to say to his son that the world may see him as a dangerous person because of the color of his skin just broke my heart, because you do not want to tear down the potential of your own son or daughter.”

“The Talk” has been performed 12 times at the Durham Fruit & Produce Company downtown and will run at Historic Playmakers Theatre in Chapel Hill from Feb. 14 to Feb. 17.

From December 2018 to the show’s opening night in January, Kelly and Megel spent rehearsals adding pieces to the performance, enhancing the show’s elements and styles.

Kelly portrays 20 different characters throughout the play. These characters include his father, grandmother and son. 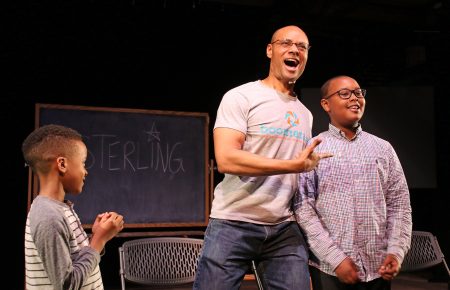 Sonny Kelly, playwright and actor in “The Talk,” introduces his sons Sterling Kelly (11) and Langston Kelly (8) after a performance of “The Talk” at Durham Fruit and Product Co. theater in Durham, N.C. Feb. 8. Kelly was inspired to write “The Talk” after a conversation with his oldest son Sterling after the death of Freddie Gray. He mentions his children by name in the show, explaining that his older son’s name means “Little Star.” (Staff photo by Adrianne Cleven)

Megel said the show’s most poignant scene is when Kelly references how his father taught him to place his hands on a steering wheel’s 10 and 2 o’clock, if he was ever pulled over by police.

“That’s the typical position that black men are taught you’re supposed to be in. And, when the cops come and you are not doing that, you are wrong,” said Kelly. “If you get shot, it is a kind of your fault kind of thing.”

In the show, Kelly also plays a professor who relates the cases of Trayvon Martin and Rodney King to the works of W. E. B. Du Bois and Langston Hughes.

“All of these characters were a part of Sonny, and the professor was the intellectual part of him,” said Megel. “It was who Sonny was in terms of using his education and scholarship as a way of understanding this notion of the talk and what it means to be a black person in this culture.”

After the Charlottesville riots in August 2017, Kelly had to revisit a similar talk with his children.

“My youngest son, Langston, asked, ‘Daddy, are the neo-Nazis going to get me?’” Kelly said. “When a daddy is asked if something is going to get his child and he cannot definitively tell him no, that is a mind-blowingly heartbreaking experience.”

Nonetheless, Kelly wants the audience to see his play as more than a history lesson.

“I also inspire them to hope and to be a part of making a better future,” said Kelly.

“He lets people talk,” said Zavier Taylor, a 21-year-old projection designer. “He allows people to come in with a bias and challenges it in a way that is an attempt to understand another person.”

The show has received a positive audience reaction.

“It was wonderful,” said Chapel Hill resident Mary Ann Klompmaker. “Everyone in the community should come to see it, and I think it could help any community.”

For a printer friendly-version of this story, click here.