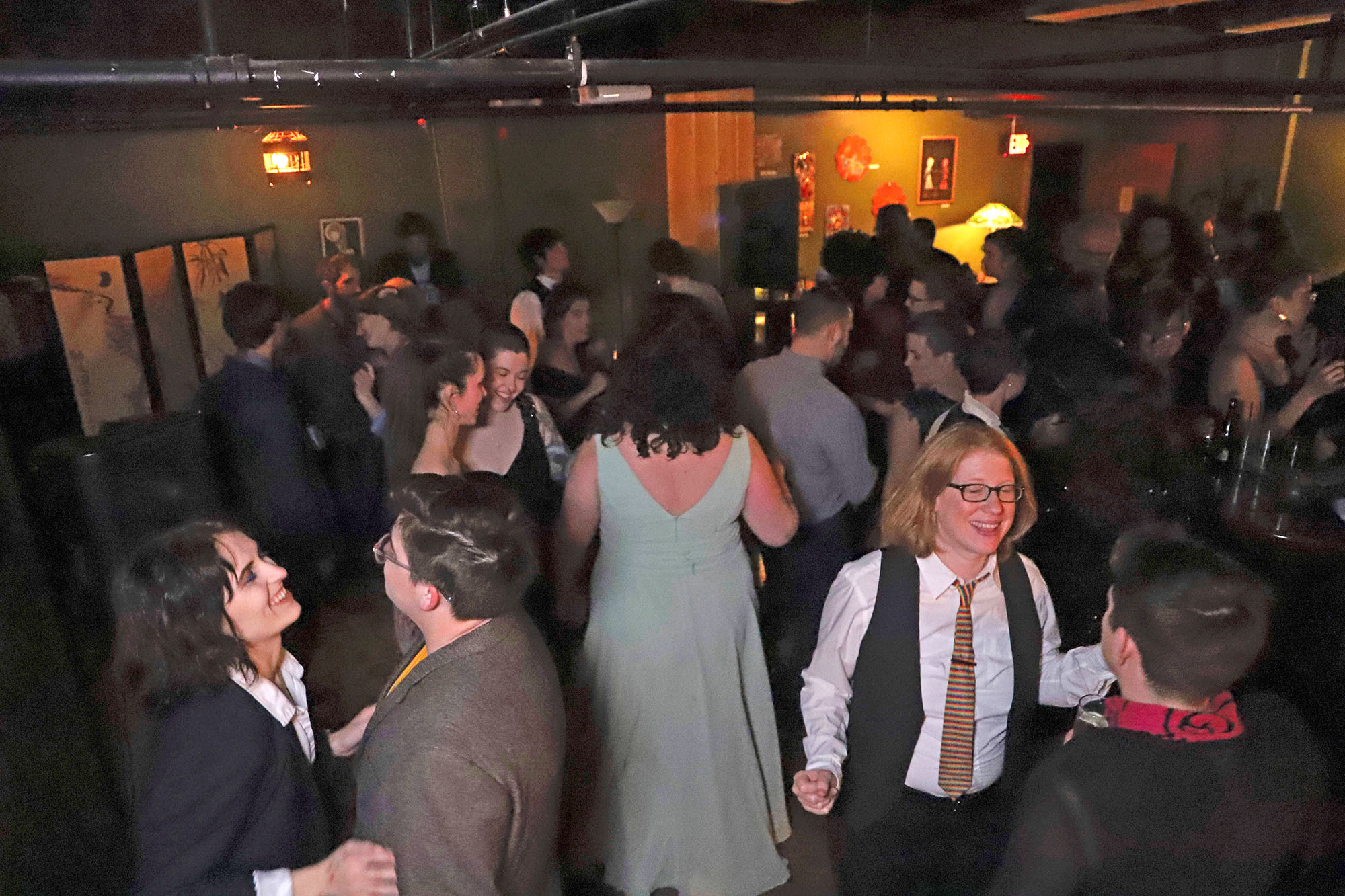 People are having a great time at the prom as they laugh and dance. (Photo by Erin Bell of Bull City Photography)

On Saturday iNSIDEoUT 180 had their first Queer Prom for adults at Arcana in Durham. Everyone appered to be having fun in the small locale with a downstairs bar and music playing songs from the ’80s to the present. 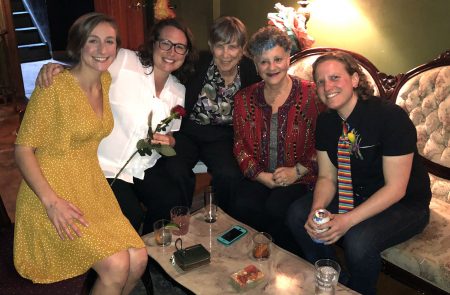 iNSIDEoUT 180 is a non-profit organization for  the LGBT community. It was founded in 2005 when a group of teenagers organized a march at the N.C. State Capitol to advocate for the passage of the School Violence Prevention Act. They founded iNSIDEoUT in order to provide the structure they needed to continue networking with other LGBTQ youth and Gay-Straight Alliances.

“Youth in the Triangle have been organizing queer prom for over a decade for teenagers,” said Amy Glaser, executive director of iNSIDEoUT.

The Queer Prom for adults came from the same idea and the same event for teenagers. Youth in Insideout have been organizing a Queer Prom since the organization began. The iNSIDEoUT Queer Prom for youth draws hundreds of teenagers annually to a packed church basement for hours of dancing, partying, meeting new people, socializing and being fully themselves.

“We’re really just stealing their idea because it looked like so much fun when we were there, and we wished that we could do it for people our own age,” said Glaser. “We are trying to raise a lot of money so that we can keep doing all the awesome stuff that we do.”

The prom also served as a fundraising event for future activities. There were donation boxes and T-shirt sales.

“We hope to raise thousands of dollars so that queer youth in the Triangle will have resources they need to have a space of their own for a long time to come,” said Glaser. “Our next thing coming up is the overnight retreat for LGBTQ youth to connect with each other and learn leadership skills and how to organize in their schools.”

“We are working on a magazine call ‘Backwards,’ which is all youth-created art and poetry and distributed all over the state, especially in the Triangle,” said Glaser.

“I didn’t go to my high school prom because I wasn’t invited because back in the day girls weren’t allowed to make their own invitation. You couldn’t do that in the 1970s,” said Riki Friedman. “You couldn’t go with your girlfriend either.”

“I didn’t go to my high school prom because I was out, but it was like a thing for straight kids and so, I’m an adult now and it’s nice to be able to go to this prom for people like me,” said Athnena Kolbe.

“I really enjoy the Queer Prom because I wasn’t out in high school, so I get a chance to come with my partner and have a good time,” said Marie Puccio.

“Our biggest challenge is that we have so many people who want to participate! We plan to have prom in a bigger venue next year,” said Glaser.

The Queer Prom for adults was an opportunity for the adults in the LGBTQ community to be themselves and to be comfortable with people who are just like them. Everyone appeared to have such a great time laughing, dancing and just being themselves with their partner and with other people who were at the prom.

“Once you are financially responsible for yourself, be yourself,” said TR Nunley.

“Its hard, but in the long run it’s easier to be yourself,” said Elisa Pcau.

Marie Puccio concluded,  “Any gay person you meet has been in the same place that you have been in now. We all have been there and we all understand how difficult it is. So take that first step, putting yourself into queer spaces is incredibly important and also incredibly difficult. I would recommend trying to find a support group or other places where people are new.”

Friends Athnena Kolbe and TR Nunley drove all the way from Wilmington to enjoy the Queer Prom. (Photo by Tianna Degraffenried)