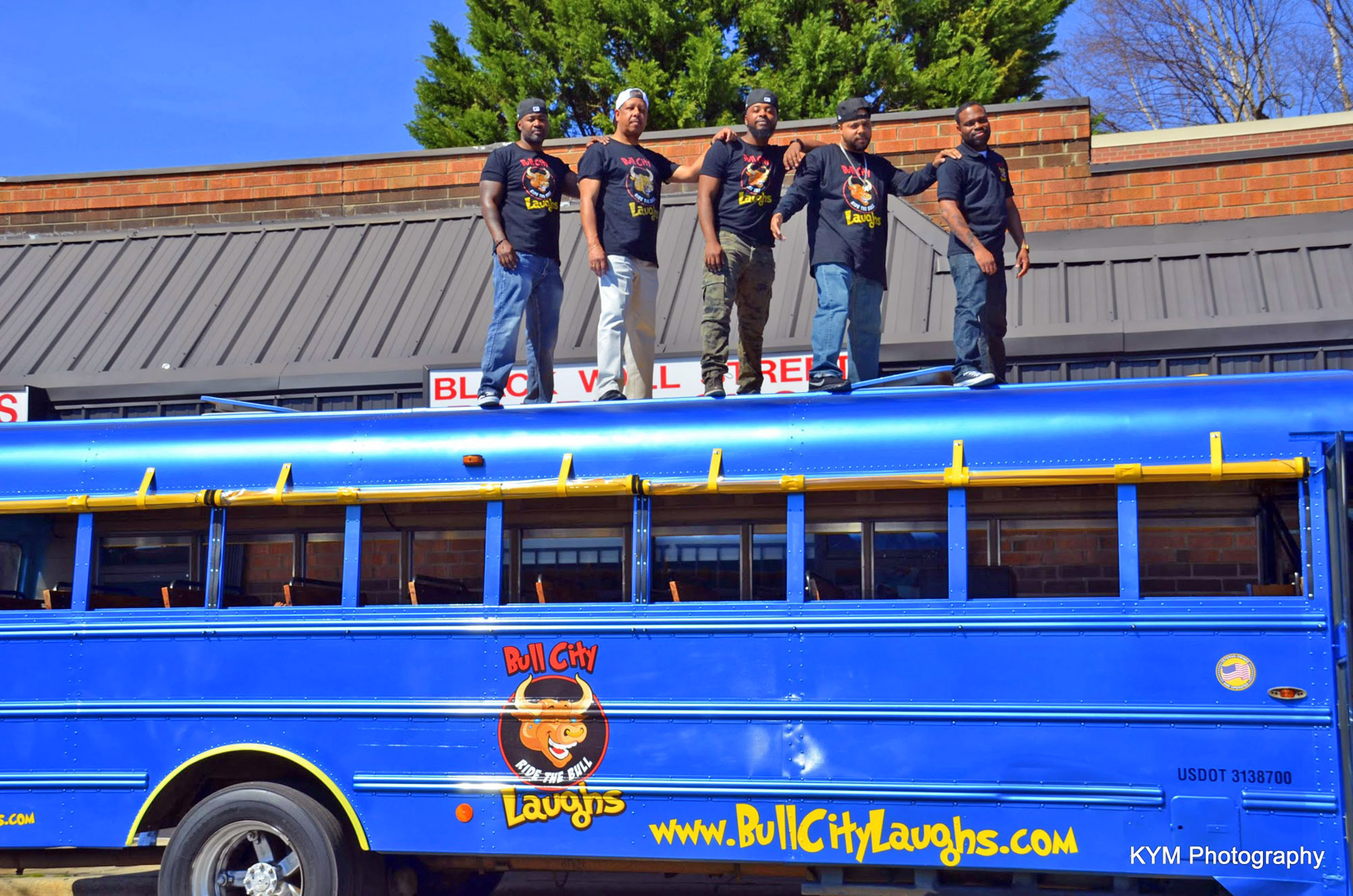 Black excellence has done it again with five African-American males starting their own comedy show. It’s not just a regular comedy show with a venue, but a comedy show on a school bus. 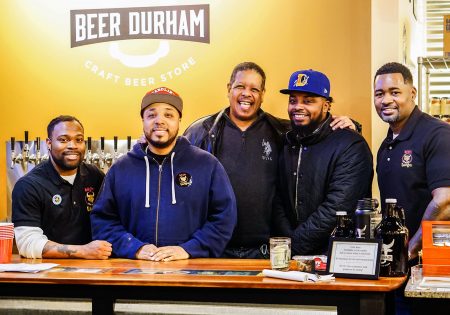 The first Bull City Laughs bus tour rolled out on March 15 to a sold-out group.

Brandon Wright, a N.C. Central University alumnus, is one of the main people who came up with Bull City Laughs. He is joined by Terrell Wilder, Akili Hester, Omar Helms and Quantes Randle.

The five met at a barbershop where they had a conversation about entrepreneurs and the importance of controlling one’s destiny.

‘We’re still getting to know each other,” said Wright.

Wright graduated from NCCU in 2014 with a bachelor’s degree in mass communication. He is currently doing morning radio with Curtis Media Group. He has also worked for WRAL channel 5 news as a news editor and Echos Media doing corporate and creative video production.

“I really had an opportunity to work at different facets of journalism and video production,” said Wright.

Bull City Laughs is a comedy city tour of Durham that will be going to downtown Durham, NCCU, the American Tobacco Campus, Duke University and some of the surrounding neighborhoods. It is a 90-minute tour ride. This will be Durham’s first comedy tour.

“The reason I wanted to do something like this is because over the last 10 years Durham had been through a ‘Durham renaissance.’ It has come out of the dark ages. Some of the areas have started to change how they look and how the people interact with Durham, but unfortunately Durham still gets a bad reputation,” said Wright.

The five founders of Bull City Laughs put a lot of money into getting what they need. The school bus was the main priority to get and to get it fixed up.

“I been working with people in Nashville, and they have been really helping me bring it to life and give me a lot of guidance and practice,” said Wright.“Everybody is using a school bus.”

They paid $3,000 for the bus, then set about getting a new paint job and new air conditioning.

“The way I got this one is because a woman was at the shop with her son getting his hair cut, and we were in there one day talking about getting a school bus. The woman told me that she was selling a school bus and we checked out the school bus, and it was in good condition,” said Wright.

The way that they have remade the bus was to take out everything that was inside, paint the interior and rip out the seats and put in some hickory wood for the back seat. They redid the floors and the windows, basically everything to make it their dream bus. The maximum number of people who can go on the bus is 30.

“I would really start it in Durham and get it in the road,” said Wright.

“I definitely felt like a place like Atlanta should have one and Charleston something with great history and growth.”

The comedy style is interactive and designed to resonate with all audiences — not just Durhamites.

“It will be a combination of jokes. We’re really taken the history and making jokes out of the history; and also leaving room for audience’s interaction,” said Wright.

“It really just depends on the comedian and the feedback that they’re given.”

Tickets can be purchased from their website https://www.bullcitylaughs.com/. The tour is geared to audiences 21 and up and passengers may bring beer and wine on board.

“As soon as the drivers and the comedian are comfortable with the route and information; we want to work on a family-friendly version of the tour,” said Wright.

Comedy tours like this have become popular in many cities for both locals and tourists. They are also popular for groups and events like bachelor’s or bachelorette’s parties.

“I also think it’s a great way to help people feel comfortable about their decision to move to Durham; especially with the negative reviews that the city gets,” concludes Wright.