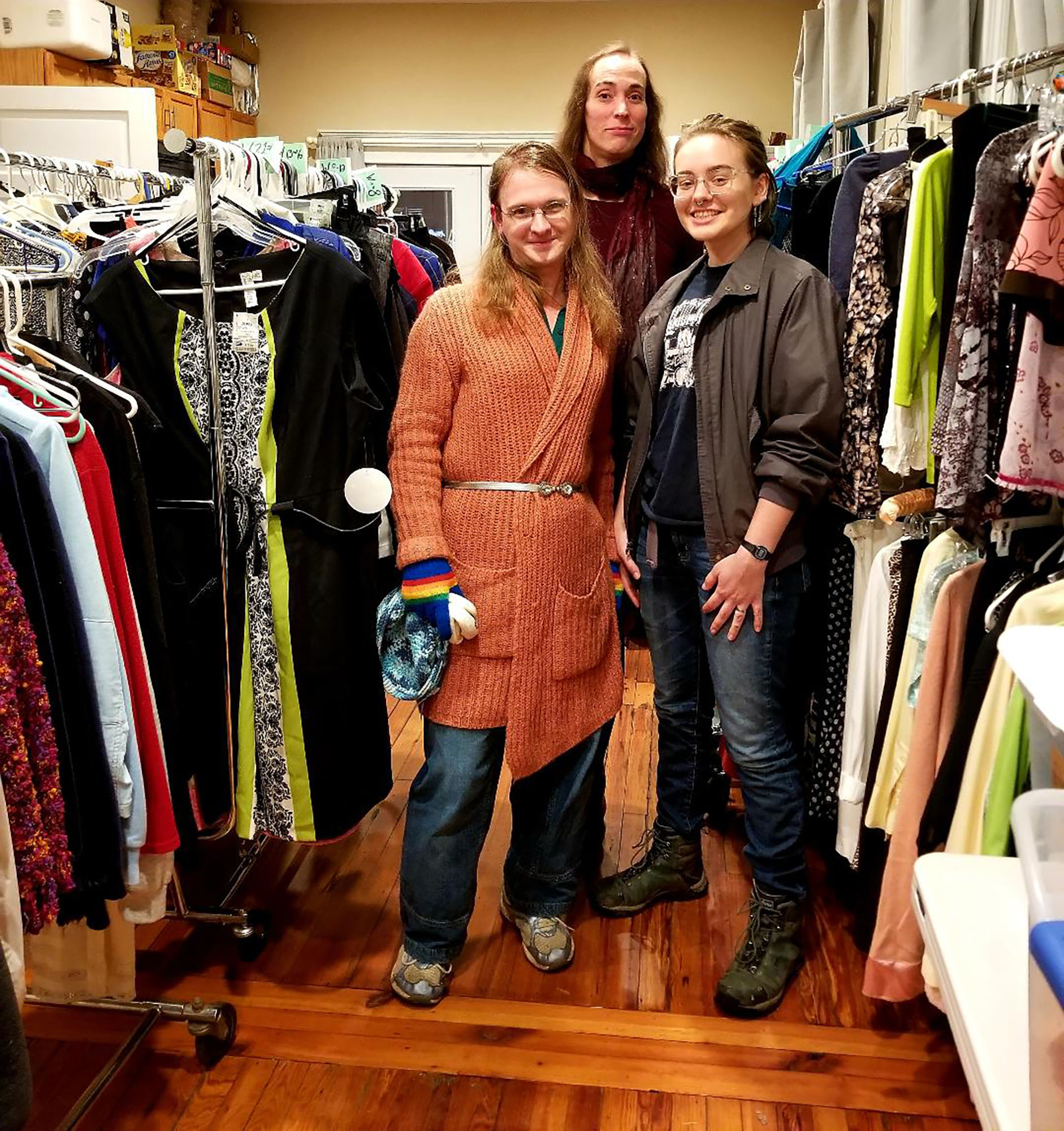 Every third Saturday of the month, transgender and gender-nonconforming people in the Research Triangle gather at the LGBTQ Center of Durham – located at 114 Hunt Street – for its closet event, a chance for attendees to browse free clothing without fear of judgment, according to coordinators and attendees.

The event began in August 2016 when the Center was still new to the area. More than two years later, it is one of only two LGBTQ centers in North Carolina that hosts a clothing event specifically for trans and gender-nonconforming people.

“People are really enthusiastic when they come in. For the first time, people are usually like ‘Wow, this is so amazing,’ and they’ll go out with a bag full of clothes and usually come back,” said Kinsey Moritz, a volunteer at the Center and a Durham resident. “Our regulars – they know the drill. They come in, grab some clothes and talk to whoever they know. It turns into more of a social event a lot of the time.”

The Center takes pride in providing a safe space where trans and gender-nonconforming people can try on clothes without worrying about employees or other shoppers, according to the event’s coordinators.

Joanna Davidson, a co-facilitator of the event and a Carrboro resident, said it is necessary that the clothes remain free for attendees.

“Everything, when the trans folks come in, is free because it’s so hard for us to go into stores and shop a lot of the time,” she said. “Even when we can do that or afford to do that, because a lot of us are unemployed or underemployed, just going into stores — you never know how the employees or other shoppers are going to act.”

Kiran, who asked to keep his last name anonymous to protect his identity, is a 17-year-old Durham resident who attended the event on Feb. 16. He said that the closet event provides a rare opportunity to socialize with his community.

“It provides a trans-specific safe space outside of my school, which allows me to socialize with people in the larger community,” he said. “There’s something special about being in a room of people who look like you and have had similar experiences as you, especially when that space isn’t available elsewhere.”

The event welcomes regulars and newcomers of all ages. For younger attendees, it can be an opportunity to get advice from older peers. Even if parents are supportive, this advice is often helpful to newly-out children and teenagers.

“There have been a couple of times where there was a parent helping a newly-out trans kid,” Moritz said. “The kid will be asking other trans people in the background [for advice]. It’s been real sweet when that happens.”

The Center receives all clothing through donations from individuals and organizations, such as the UNC Health Sciences LGBTQ Alliance. Due to the overwhelming response from the community, the Center had asked the public to refrain from donating clothing.

“Donations aren’t specific to any type of group. It can be other trans people who donate their former clothing styles,” Davidson said. “We have a lot of people who just hear about it and want to donate.”

For those interested in donating, the Center allows donations from 2 p.m. to 8 p.m. Monday through Friday and 12 p.m. to 6 p.m. on weekends. For other questions and information contact closet@lgbtqcenterofdurham.org.