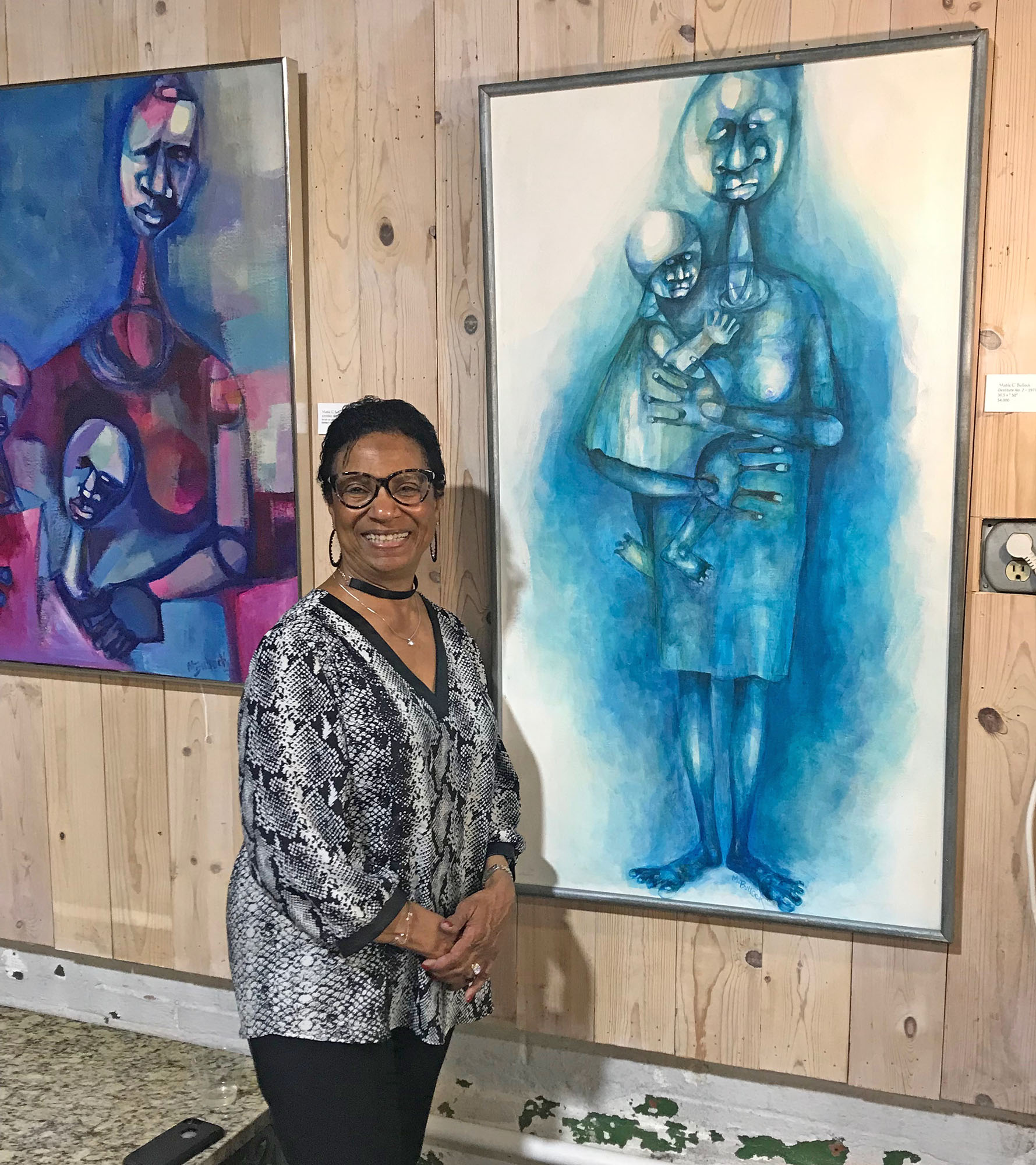 Jacqueline Jones stands next to her favorite of Bullock's paintings, titled "Destitute No. 2." When she inherited Bullock's artwork, she took down all of the art in her home and replaced it with Bullock's. (Staff photo by Elisabeth Beauchamp)

When Jacqueline Jones inherited her cousin Mable’s artwork, she knew she was taking on the responsibility of protecting part of Durham’s artistic history.

An art exhibit honoring Mable C. Bullock took place at Cecy’s Gallery & Studios on March 1 and 2 from 6-9 p.m. The event was open to the public and marked the soft opening for Cecy’s Gallery & Studios, located at 417 Foster St. The founder and owner of the studio, Cecilia Henaine de Davis, says the space will host a variety of artists and give them a space to create, share and sell their art for 100 percent profit, minus a 10 percent handling fee.

“My hope is that they can teach and also spread the love,” Henaine de Davis said when describing her vision for the studio. 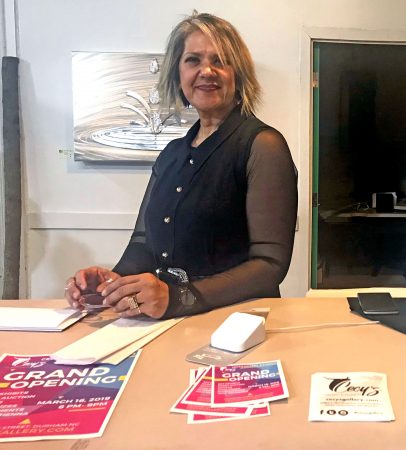 Cecilia Henaine de Davis, the owner of Cecy’s Gallery and Studios, poses at the gallery’s check-out counter. Along with purchasing artwork from inhabiting artists, visitors can donate to the gallery to support future events. (Staff photo by Sabrina Berndt)

Henaine de Davis is a jewelry designer and artist who plans to sell her pieces from the studio as well. She says that growing up in a Mexican-Lebanese family of 13 children gave her an appreciation for color and self-expression through art.

“Jewelry was a big part of me, especially when I was going through some difficult times in my life,” Henaine de Davis said. “It was something I was able to relate to, and it helped me out in a lot of ways.”

Henaine de Davis decided to hold a soft opening for her new gallery by displaying her aunt Jacqueline Jones’ private collection of Mabel C. Bullock’s artwork. Jacqueline Jones of Durham is Bullock’s cousin and inherited the artist’s work after her death in 2015. Although she was Bullock’s cousin, Jones said she felt more like her niece since Bullock had no children and always attended family gatherings.

“She didn’t have any children, so she was like a part of my family,” Jones said. “We just kind of grew up together.”

Jones said she feels honored to have inherited Bullock’s art and takes great pride in preserving it as a private collection. She protects the collection by displaying it in her home and selling it to institutions such as NASA and the Nasher Museum of Art at Duke University.

“Art was her passion, and she did very unique things,” Jones said. “There are kids in a lot of her pieces, and some are inspired by Maya Angelou poems.”

Bullock was born in Granville County in 1928, but spent most of her life in Durham. She attended North Carolina Central University and earned her Master of Arts at Syracuse University in Syracuse, New York. After earning her master’s degree in 1958, she taught art at John W. Ligon Junior-Senior High School – now John W. Ligon GT Magnet Middle School – and Jesse O. Sanderson High School in Raleigh. She was heavily involved in her sorority, Alpha Kappa Alpha, until her death. Some of her sorority sisters and friends attended the exhibition to show appreciation for her artwork. Several of her past students also attended the event and spoke of the influence Bullock had on their lives. 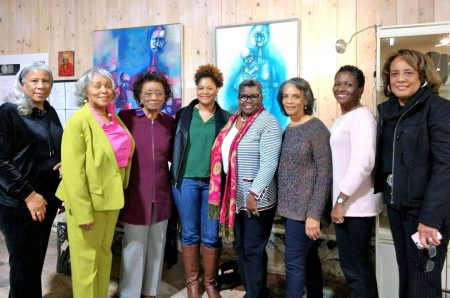 Marguerite Peebles from Raleigh was one of Bullock’s students at John W. Ligon Junior-Senior High School.

“Ms. Bullock was my teacher when I was in high school, and because of her, I wanted to major in art,” Peebles said. “She was a very professional-looking lady – she dressed quite well, and you could tell that she had a flair.”

Peebles went on to explain that Bullock’s personable nature and passion for her work inspired several of her students to become artists and hold art exhibits at their colleges in honor of Bullock. The artist’s influence was almost tangible throughout the gallery as her students, family members, friends and strangers honored her life’s work. Peebles said she held onto her artwork from Bullock’s class.

“She had an influence on a lot of us,” Peebles said. “I still have some pieces I did in high school – I think I’ll dust them off and put them up.”

The grand opening of Cecy’s Gallery & Studios was on March 16. Along with hosting artists, Henaine de Davis offers a jewelry-making class for the public and encourages inhabiting artists to also host workshops at the gallery.

For a printer-friendly version of this article, click here.