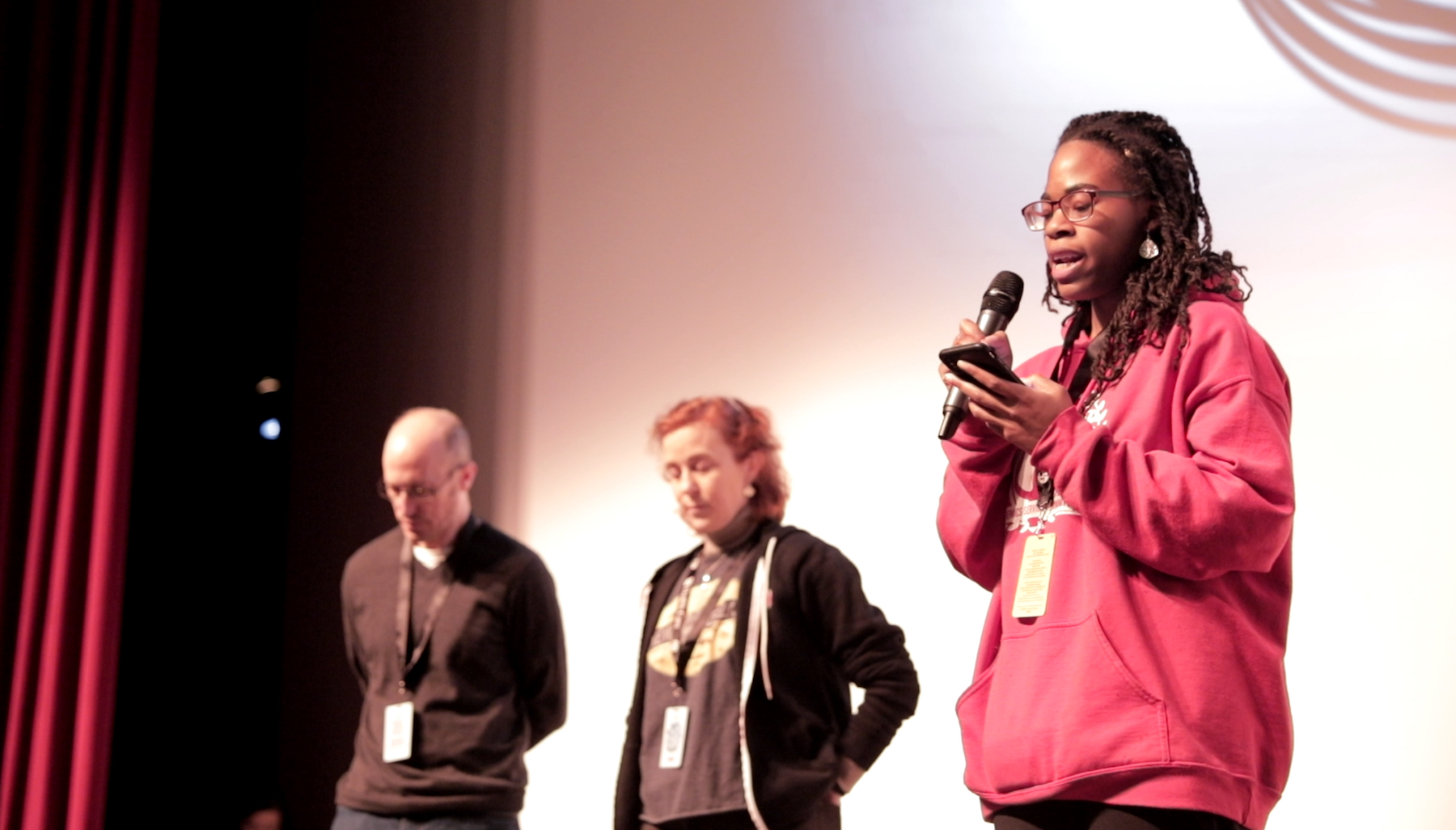 Courtney Symone Staton, UNC student Young filmmakers of color from NeXt Doc took over the Q&A session after the 4 p.m. screening of The Commons at the True/False Film Fest in Columbia, MO on Sunday, March 3. They publicly expressed their discontent with the exploitation of people of color in the film. (Photo courtesy of  Maya Suchak)

Earlier this month, as part of the NeXt Doc Fellows, a fellowship which promotes 20 to 24-year-olds identified as the next generation of documentary filmmakers, I attended the True/False Documentary Film Festival in Columbia, Missouri. I watched “The Commons,” a film about the protests surrounding the Silent Sam statue and the Pit.

I watched the film among a predominantly white audience, most of whom had learned about the #SilenceSam Movement from Twitter and news reports. They cheered when Maya Little poured red paint on the statue and held their moments at the fleeting moments of police brutality. In noticing their shared responses, my stomach churned in my theater seat. As a student at UNC Chapel Hill, I had witnessed firsthand the apparent resurgence of the #SilenceSam Movement. As co-president of the Campus Y, I had witnessed allyship efforts evolve across campus, the anonymous people who came to aid the black woman-led movement. As a lead producer and impact producer of Silence Sam, a student-led documentary short about the silencing of student activism and the movement to remove Silent Sam, I had participated in documenting the movement.

I knew the many meetings students held with administrators always resulted in dead-end conversations. I had witnessed the routine silencing by university administrators; in removing political banners, in the selective enforcement of content-neutral policies while promoting university efforts in diversity. 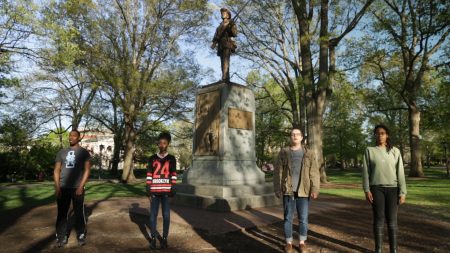 From the “Silence Sam” Documentary, Courtney Staton stands in front of the Silent Sam movement before reciting a piece about the legacy of Confederate monuments in the South in the first frame of the film.

The audience had not been firsthand witnesses to our organization. By only focusing on the protests, the film reinforced the idea of logic being outside of our movement and emotion being the sole, driving force in student activism.

This idea is typical to other narratives I had recognized. Students often wear the title of “snowflake,” a term used to demean students and liberal-minded individuals who are perceived by some conservative experts as weak or unable to have civil discourse about opposing viewpoints.

People of color, especially black people, have a history of being portrayed violently. There has been a recurrent trend of focusing on the most seemingly violent or eccentric parts of activism in mainstream media when the activists are people of color. 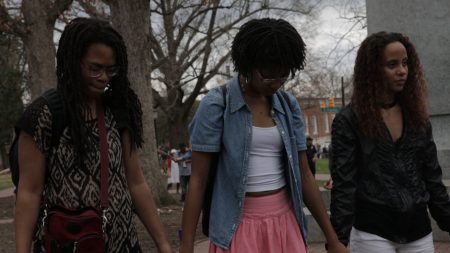 From the “Silence Sam” documentary, Courtney Staton, Kristen Marion and Michelle Brown share a moment during a protest in the Spring of 2018. In considering the stigma of student activism, filmmakers of “Silence Sam” worked to cover the sides of activism not often shown in mainstream media.

Journalists and documentarians frame the way people see the world. Our films and our stories help decide the ends and beginnings of each narrative. We help our communities decide how they want to see each other and themselves. Journalists are the agenda setters, the gatekeepers, part of that special collective charged with the explicit responsibility of holding power accountable.

When journalism is not community-led, prioritizing the most vulnerable of our community, the cycle of misrepresentation continues.

Because of this, I must also reflect on the makeup of our own beloved Durham VOICE. The class from UNC-Chapel Hill who dutifully writes for the VOICE does not reflect the community. I am the only black person in the class, and as I have been lovingly reminded, I am not from Durham.

Therefore, many of the incredible stories we have covered do not reflect my own life experiences.

As a person with a mix of privileges and struggles, I know I have blind spots in the stories I attempt to film, write and photograph. Blind spots, especially those stemming from privilege, influence the way that I share stories, as I am sure they do for others.

If the Durham VOICE is special, it is because of you all. The community who welcomes our college reporters and celebrates the high school writers who are already a part of you. We thank you for that. Your support means more than we could ever put in words.

After watching the film and speaking with campus activists, I read a statement about the film, addressing the need for the documentary field to expel extractive practices and reconsider who tells and profits off of the story of vulnerable communities. 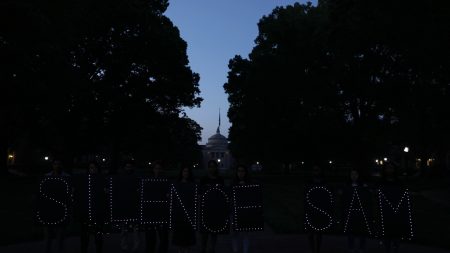 From the “Silence Sam” documentary, activists and supporters hold letters spelling Silence Sam in front of South Building where many adminstrative offices including Chancellor Folt was held.

In challenging the documentary world to become more community-led, I issue the same challenge to our newspaper, to myself and to you all. Critique our gazes. Critique our stories. Critique our process for deciding who tells the stories of Durham, and help us brainstorm ways to ensure that process is as impactful as possible.

Much in the same way the filmmakers of “The Commons” fell victim to their blind spots when filming our campus movement, we may fall victim to our gazes. We promise to take your critiques as a challenge and an opportunity to become better servants.

As our community, you should and will always lead our newspaper. It may also be time for us at the VOICE to look at where we sit in the conversation erupting in the documentary world. I do not know what the outcome will be. But, as the community we serve, we surrender to your guidance and wisdom, and understand the weight of surrender is no excuse to stop trying to be better for you. The weight of that surrender is inspiration for why it is significant.

Courtney Staton, a UNC-Chapel Hill senior majoring in psychology and Journalism (photo and video) is a Greenville native serving this semester as co-editor of the Durham VOICE.