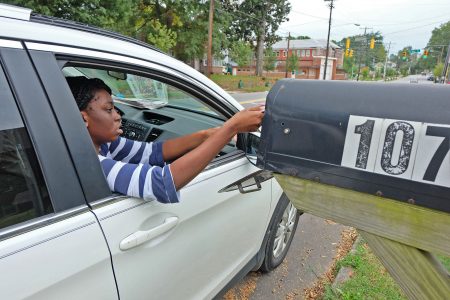 Natasha Graham delivers copies of the Durham VOICE during her time as teen editor-in-chief in 2016. (Staff photo by Carlton Koonce)

Natasha Graham joins DVV this week. She worked with the VOICE as a PYO intern, first as a reporter and then as the teen editor-in-chief. She was born and raised in Durham, attending Northern High School while working with the newspaper as a junior and senior. Natasha now attends Wells College, a liberal arts college in Aurora, New York, and is majoring in visual arts with the hope of becoming an animator.