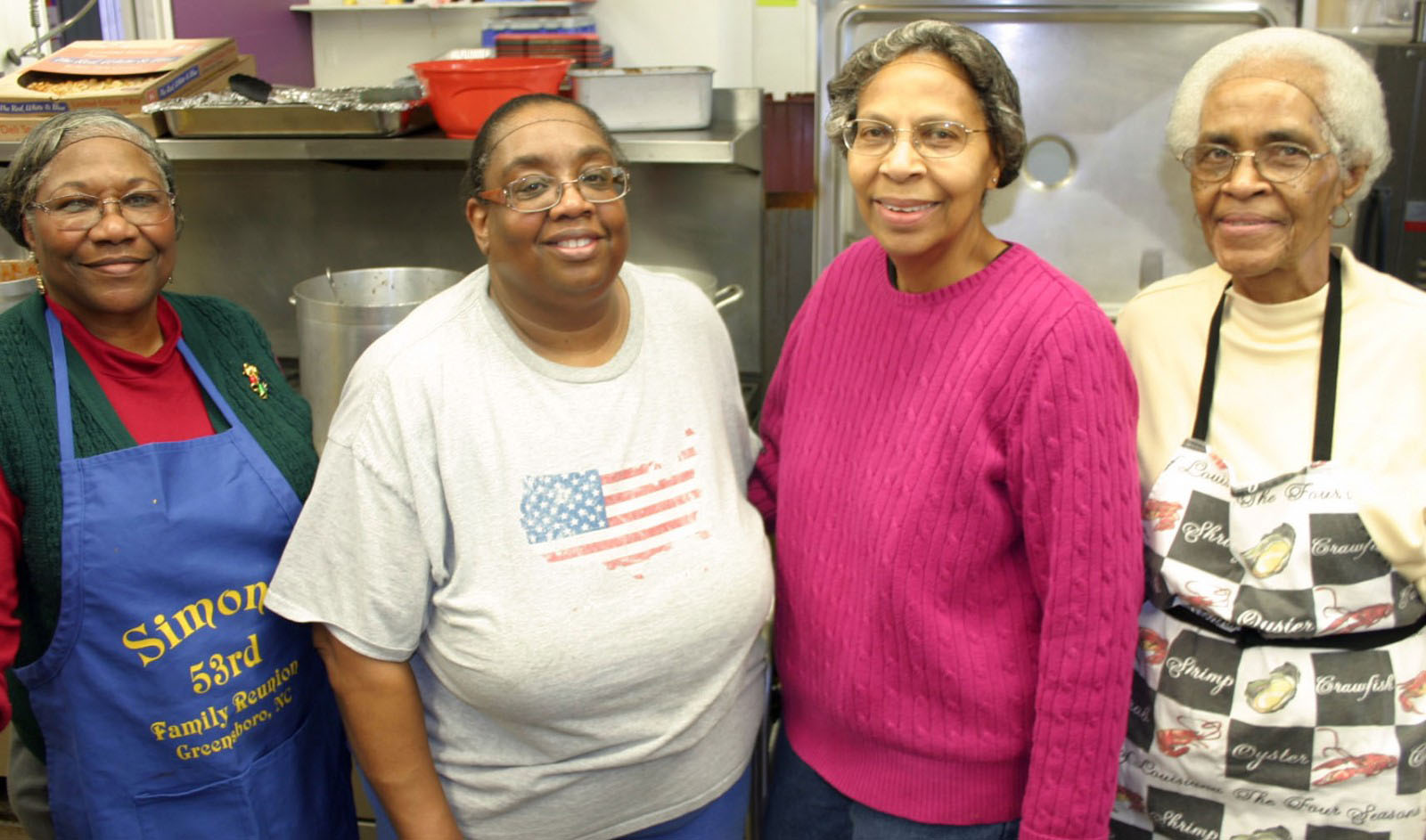 Urban Ministries of Durham, the largest downtown homeless shelter in the city, connects more than 6,000 people each year to food, shelter and other opportunities.

Due to policy changes made in the last year and a half, people seeking shelter will no longer be turned away because they are under the influence of alcohol. Instead, they will be admitted based on their behavior.

At the Durham County Board of Commissioners meeting April 1, Urban Ministries Executive Director Sheldon Mitchell said the agency is continuing to work to remove barriers for residents and people seeking shelter.

“We know that the more rules you have, the more times you’re going to have someone violate a rule,” Mitchell said. “And then we end up spending more time dealing with people who are violating rules rather than really dealing with how we can help people exit the shelter and end their homelessness.”

Mitchell said at one point, every person seeking shelter was Breathalyzed and asked to leave if their alcohol level was past a certain point. Now, people under the influence are allowed to be admitted as long as they are not behaving violently.

Urban Ministries Clinical Director Valerie Haywood said the change was made internally when the staff realized the policy was only penalizing people using alcohol when other substances were being used, but not able to be tested. Haywood said the new policy was tested out about 1 1/2 years ago. When there was no influx of violence or other negative behaviors, they decided to keep the policy in place. Now, Breathalyzers are only used in the case of emergencies.

“We’ve retrained our staff over the last year on what to look for and also not to second guess anything — it’s okay for them to call EMS for them to evaluate a person’s stability,” Haywood said.

“We noticed that we were, in essence, marginalizing one population of people who may only use alcohol, but then not necessarily that that was equal for other folks too… The policy before was a zero tolerance, so even if it was a legal level, there still was a consequence for it,” she said. “We’ve just completely taken that piece out and just more so focused on the safety of that individual, and also for the shelter community.” 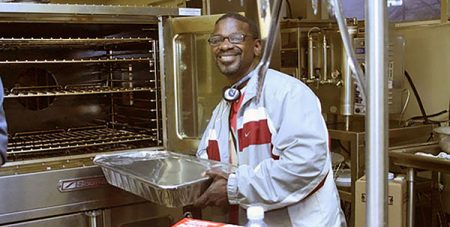 Urban Ministries of Durham volunteer, who is one of more than 4,000 volunteers to work with UMD annually, works to bake casseroles for the dinner service, which is provided 365 days per year. (Photo Courtesy of Urban Ministries)

In addition to removing the Breathalyzer admission policy, Urban Ministries also renamed the shelter monitor staff position to client engagement advocate and plans to participate in a Durham Coordinated Entry process that will include individuals as well as families. The agency is also reintroducing a resident council led by shelter residents with leadership roles to give residents the ability to voice concerns and ideas to the staff.

“We are very flexible and excited to hear about what our residents want to do and what they want to have, because it’s their temporary home and we are visitors,” Haywood said. “We are charged in assisting them to transition to their permanent homes, but we definitely try to respect the fact that it is their space of where they’re living.”

According to their website, volunteers donate 3,800 hours of service to Urban Ministries each month. These volunteers range from community members and leaders to students from local schools and universities.

Duke University Graduate Liz Brown volunteered with Urban Ministries during her college career after a history of working with people who are homeless in her hometown in Raleigh. Brown now works for the Community Empowerment Fund in Durham, which partners with with Urban Ministries. She said she’s excited to see the new policy changes.

“Housing is a human right, and no one should be refused housing because of who they are or what they’ve been through,” Brown said. “It’s important to acknowledge people’s different struggles and challenges and work through those, rather than having to see their insurance policies. I want to see folks engaging with people and meeting them where they are.”

Haywood said a key aspect of their recent changes is an emphasis on a conversational approach in addressing behavior challenges or substance use disorders. These conversations can take place with shelter staff as well as members of the case management team, who each have a master’s degree in social work.

The only population of people the shelter does not serve are registered sex offenders, because the shelter has children on the premises. Haywood said as a low-barrier shelter, Urban Ministries wants to continue to welcome those who need help without requiring multiple stipulations for entry.

Since implementing their new policies on admission and alcohol use, Haywood said she’s seen an increase in rapport between staff and residents. Residents are no longer made to feel criminalized by substance use or fear being kicked out of the shelter, though the agency does not encourage substance use or permit use of alcohol or substances on-site. Haywood said this increased trust has allowed for more meaningful conversations to take place with clients who are using.

In the last fiscal year, Urban Ministries offered shelter to 792 individuals and helped 243 individuals end their homelessness by assisting in finding permanent housing. Mitchell said the agency is focusing on continuing to be client-centered.

“For us, we definitely accept all without any prerequisites or judgments to come into the shelter,” Mitchell said. “Also, all of the services that are offered are voluntary, so there’s no requirement necessarily for anyone to participate in something they don’t have a desire to.”

“That goes back to one of the things that we always talk about: we can’t want to end someone’s homelessness more than they do,” he said. “So hopefully we can provide support, encouragement, motivation, but they have to be willing to do the work and partner with us to end their homelessness.”