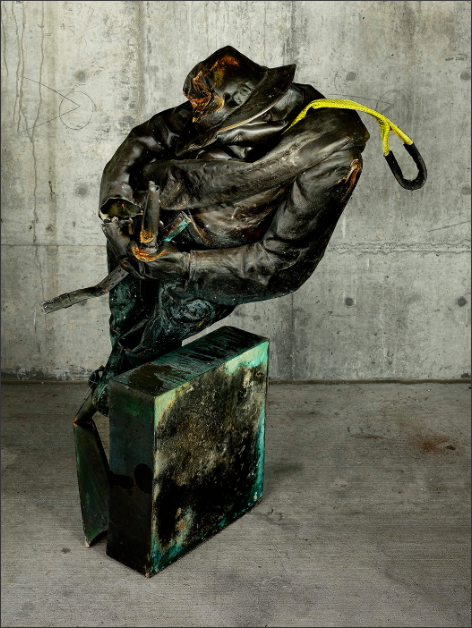 "Remains." Uzzle photographed Durham's Confederate Soldier's Monument. He said it represents the confederacy as "a failed idea, on the wrong side of humanity, which has caved in upon itself." (Photo Courtesy: Burk Uzzle)

A couple hugging as the sun sets in Woodstock, a woman crying in despair after she sees Martin Luther King Jr. lying in his coffin, a Ku Klux Klan member, arms folded as a cross behind him engulfs in flames.

These are just three of the moments expertly captured by famed photographer Burk Uzzle, an artist whose images are recognized as some of the most poignant visual representations of American history.

Uzzle, now 80 years old but working as much as ever, earned his reputation as the youngest photographer ever hired by Life Magazine at age 23. 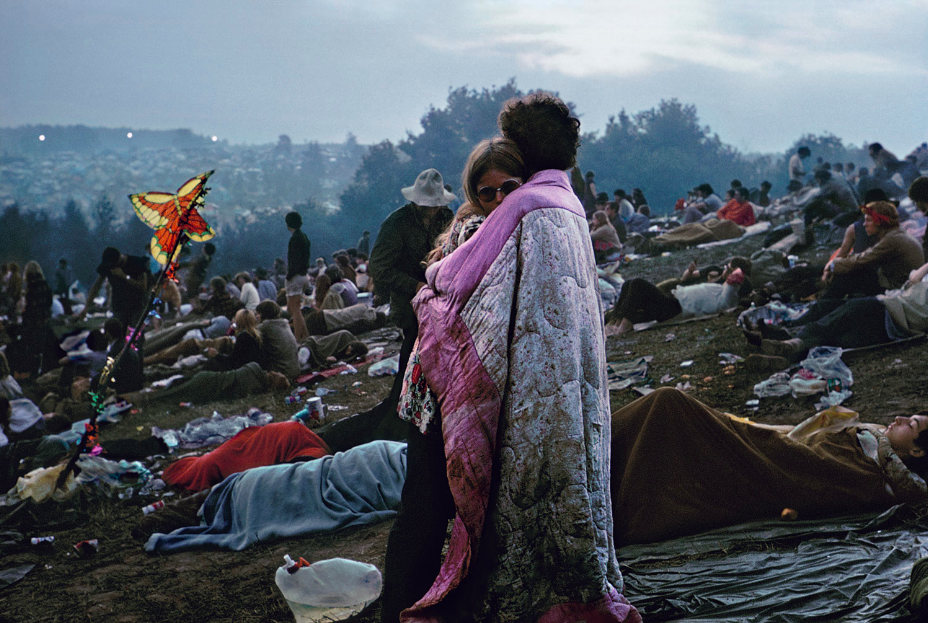 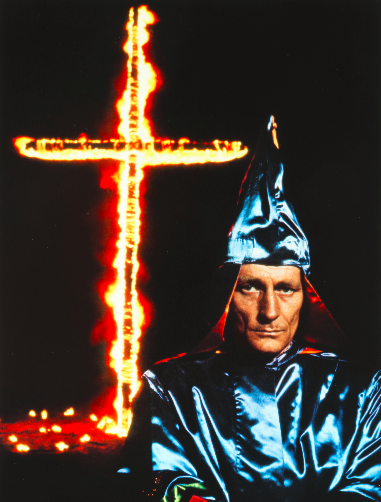 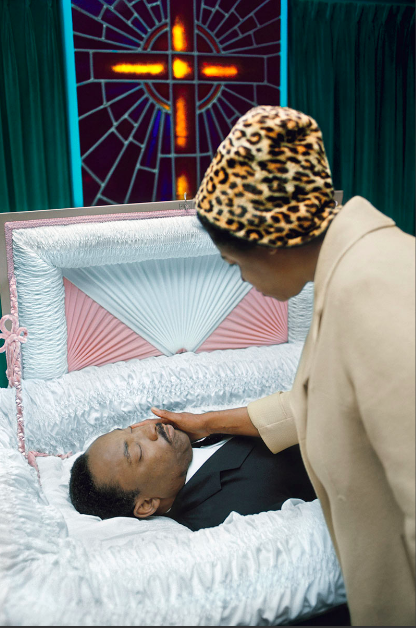 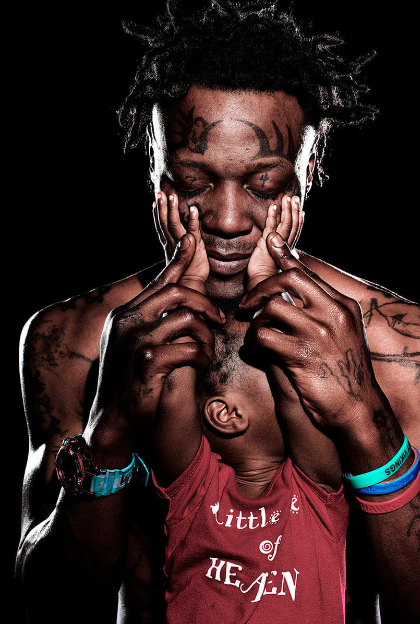 The Full Frame Documentary Film Festival is held in downtown Durham each spring. On April 4, moviegoers were able to attend the North Carolina premiere of “F/11 and Be There.”

The feature film, directed by Jethro Waters, is a rare documentation of the effort behind a single Burk Uzzle photograph. The effort that on several occasions nearly cost him his life.

The seemingly obscure title references a well known photojournalist mantra. “F/11” is the middle aperture setting on a camera, while “be there” denotes Uzzle’s humble admittance that no matter how great of a photographer you are, what happens in front of the lens is what determines the picture.

Waters, who Uzzle called his “new brother” and “closest friend,” said directing and editing the film was a “learning experience at the same time it was a creation,” and it provided him with the opportunity “to get a master’s class from someone as genius as Burk.”

From sneaking into a torture prison in Haiti under the “Papa Doc” regime to dodging bullets and death during the Cambodian Civil War, Uzzle credits his artistic genius to his complete commitment to both photography and his subjects.

“One thing I am absolutely dedicated to is the power of the medium of photography, and it has been my life,” said Uzzle. “I have given my life to the medium, and the medium has given its life back to me.”

Growing up in a small town in Harnett County, Uzzle was no stranger to the rampant racism that plagued his hometown and surrounding communities.

“To this day that whole region down in Harnett County, Lumberton and so forth is a strong Klan environment,” said Uzzle. “(My father) confided to me that were he not in a politically appointed job, he would’ve joined the Klan because it was the social thing to do, just to be part of the local men’s social group. And he was anything but a racist.”

In Durham, Uzzle is known for photographing the remains of the Confederate Soldiers Monument that previously stood in front of the Old Durham County Courthouse until it was pulled down by protestors in August 2017.

As a companion piece to “F/11 and Be There,” Waters also directed a short film titled “Remains” to document Uzzle’s process of photographing the collapsed statue and his lifetime involvement in civil rights movements. “Remains” will be screened at the Smithsonian National Museum of African American History and Culture in Washington D.C.

“Seeing the form in a fetal position, I sought to make a dignified and touching picture of its remains. I found it ironic that the yellow rope so reminded me of the noose used to hang African Americans,” said Uzzle in the film. “I hope this picture can touch our humanity outside the realm of politics recognizing that each of us adhere to distinct beliefs, just like religion.”

Uzzle said that people will not be able to not be both the New South and the Old South.

As “F/11 and Be There” faded to black in Durham’s Carolina Theatre, and humanity’s collective history of pain and beauty settled over the crowd, audience members thanked Uzzle and Waters for creating such impactful work.

One viewer cried as she held the microphone, “What struck me so much about your work, and it brings me to tears is that it was a work of soul,” she said. “I could see a life apparently transformed as you saw the spirit and soul within them.”

It was noted that the demographics of film festivals often do not accurately represent the subjects documented throughout the film. Waters and Uzzle are working to make the film more accessible to rural communities similar to those they photographed.

For more information, or to recommend a screening, contact Jethro Waters at: jethrowaters@gmail.com, or http://www.f11andbethere.com/contact-1.