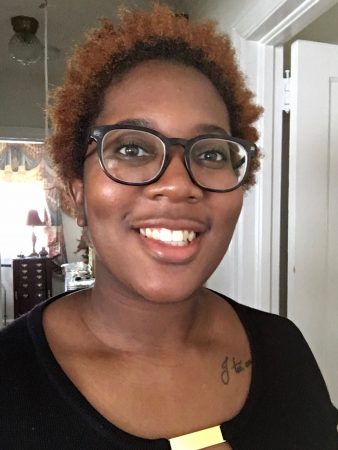 Zenzele Barnes works as ReCity’s community manager, after having worked with AmeriCorps after graduating from Queens University. (Photo courtesy of Zenzele Barnes.)

This week, DVV welcomes Zenzele Barnes. Zenzele was the VOICE’s first ever teen editor-in-chief while she was a senior at Jordan High School in 2010 and 2011. Born and raised in Durham, Zenzele moved to Charlotte to attend Queens University and study new media design. Since graduating in 2015, she has since returned to Durham and works as the community manager at local social impact hub ReCity.