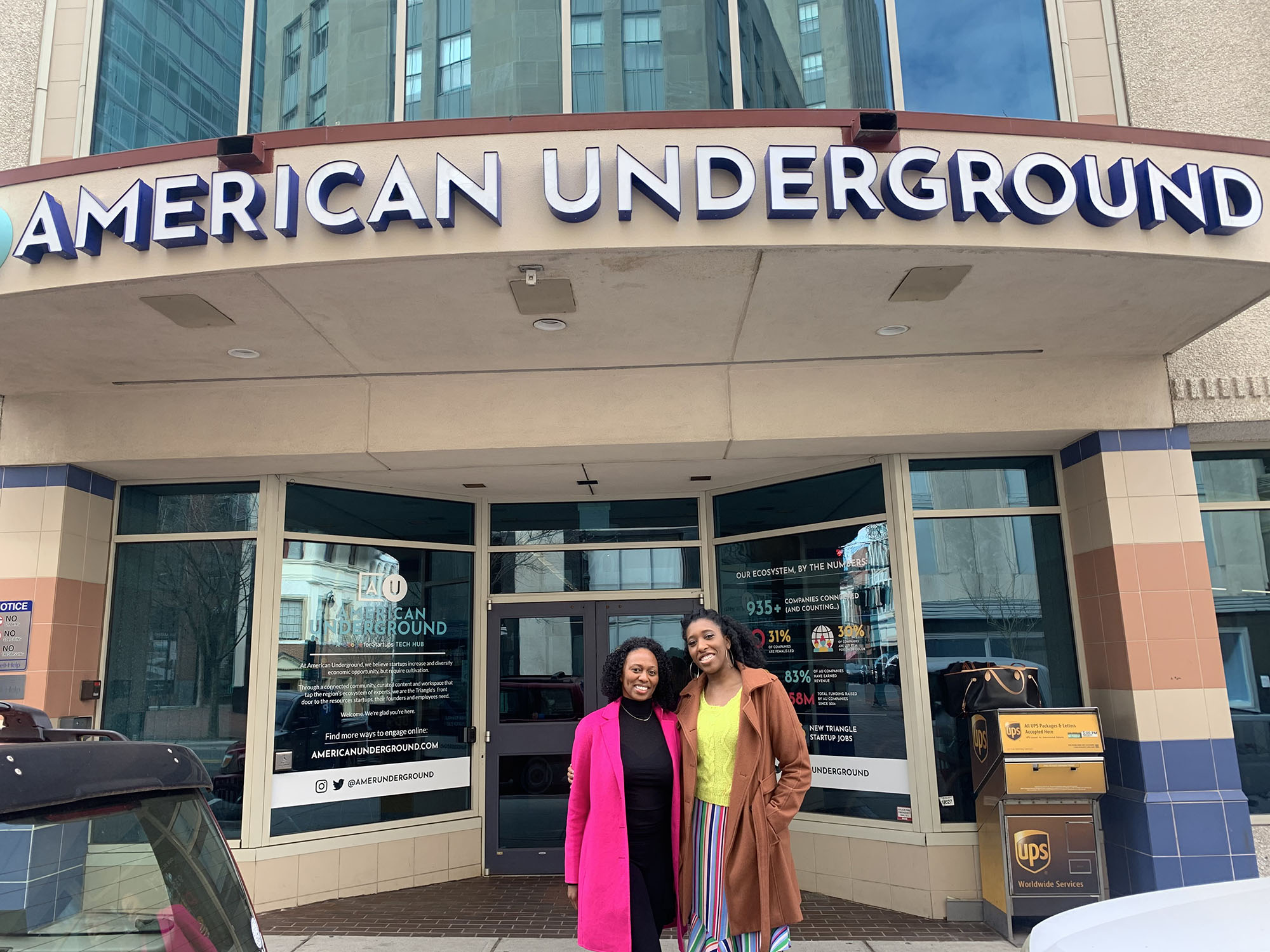 Black Girl Ventures (BGV) has found a new home in North Carolina. Five local business women are coming together to establish a chapter of the Forbes-featured foundation in Durham.

BGV provides a unique experience to combat the particular challenges that black and brown women face in starting and growing a business.

The initiative was founded by Durham native and CEO, Shelly Bell. BGV hosts pitch competitions in 12 cities and has chapters in 5 cities: Durham, Birmingham, Houston, Miami and Philadelphia.

Nicole Oxendine, owner of Empower Dance Studio in Durham, will be the chapter lead for BGV.

Black Girl Ventures gathered a group of women who were downtown business owners with the goal of identifying areas of need and how to address them.

The connection to BGV was made when Bell and Oxendine, former high school classmates, found themselves on the same retreat where Bell was the key note speaker. After catching up, they realized they had similar goals.

“We just had so much in common, just a parallel mission, and I’m excited to kind of roll under what Black Girl Ventures is doing,” Oxendine said.

You bring the dream; they have the dollar. Black Girl Ventures aims to provide social and financial capital for Black and Brown women-identifying founders in Durham through coaching, crowdfunding and community.

This is done through intense bootcamps, engaging programs and the signature BGV pitch competitions.

On the organization’s website, the competitions are described as a “rent party for entrepreneurs.”

“There’s a DJ, you come in and it’s music,” Oxendine explained. “You may hear Cardi B in the back and Nicki Minaj, and you just get that feel of like, ‘Yes, this is a party…’”

But don’t get it confused; these women mean business.

“… and then you get into these pitches…”

Founders have three minutes to pitch their ideas and three minutes for questions. The unique twist to the competition is the crowdfunding. Audience members use a voting platform to invest a desired amount of dollars into their favorite entrepreneurs.

Founders win the funds raised from the audience. Free accountant consultation and business coaching, $3,000 in Google Cloud credits, and discounted access to graphic design and marketing services go to the top winners.

Holding true to the mission, the goal of the event is to build community among black women entrepreneurs and create a network among attendees. All pitch participants become BGV alumni and receive access to resources, opportunities and programs.

“It’s the power of what is black and brown women, if we just are given that freedom to create and innovate.” Oxendine said. “What is that? What can that look like? And that’s the exciting part, like, ‘Alright, let’s support each other and your amazing idea.’”

BGV Durham will host their official launch party Feb. 20 at 6:30 p.m. at their headquarters, American Underground on West Main Street in Durham.

The first pitch competition will be held on Aug. 28.

Oxendine said the women in Durham are already doing amazing things. The change agents of BGV are just setting up shop to make space for those women to think as big as they want.

For more information about BGV Durham and upcoming events, you can subscribe to updates on the chapter’s website.

Jazmine Bunch is a junior journalism major at UNC-CH from Ahoskie. This spring she is serving as the teen mentoring coordinator for the Durham VOICE.