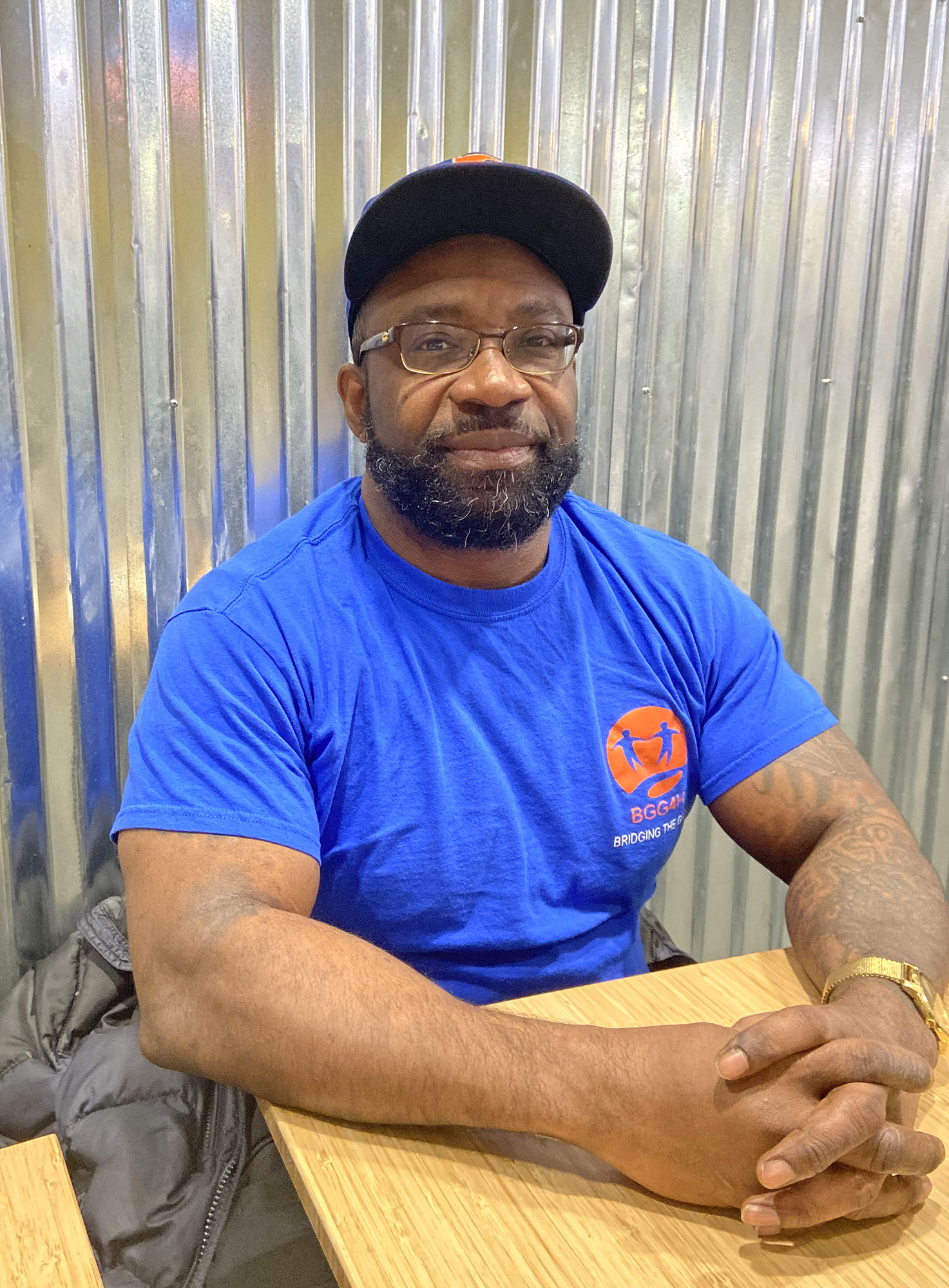 Frederick Farrington, founder of Bridging the Gap for Hope, provides the previously incarcerated with resources and peer mentoring to help them reenter society. (Staff photo by Sophia Wilhelm)

Frederick Farrington spent nine years in prison. Now, he is the founder of Bridging the Gap for Hope, a nonprofit that assists former inmates with reentering Durham and preventing repeat offenses.

“What I’ve been able to do is connect what’s going on,” he said. “I’m an advocate for those individuals like myself who go to those programs to be able to say, ‘OK, this didn’t work. This needs to be a little bit tweaked. Maybe you need more case managers involved.’’’

One of several resources in Durham for former inmates, BGG4Hope gives clients a full health assessment by a licensed therapist and a peer mentor to support their well-being and find them the resources that fit their particular needs. The nonprofit works with community partners to provide transitional housing, employment opportunities, rehabilitation programs, substance abuse counseling and more.

So far, Farrington has helped 57 former inmates and said the wholehearted concern is about the development of individuals. He works two jobs on the side to support himself and BGG4Hope; all of the nonprofit’s funding is out of his pocket.

In 1998, at 22 years old, Farrington went to prison for a drug-related offense. In 2007, he was released but incarcerated again for a similar offense two years later.

After being released in 2011, Farrington started having ideas of ways to prevent the previously incarcerated from repeating offenses. Farrington enrolled in a peer support training at Durham Technical Community College and worked many jobs to gain experience before registering for his nonprofit in 2017.

“My whole push is based on my personal experiences because this is something that I had to do myself,” Farrington said. “I had to come back and reenter and start over with a lot of challenges, a lot of barriers with that. It’s not a lot of support. It’s a lot of systems or programs that are in place that don’t actually do what they say. Sometimes people can become discouraged.”

According to a study from the Pew Center of States and the Association of State Correctional Administrators, about 40% of inmates released in North Carolina in 2004 are reincarcerated within a three-year period.

The Rev. Michael Page of Antioch Baptist Church, on 1415 Holloway St., oversaw transitional housing with Antioch Builds Community, a nonprofit associated with the church for former inmates, before the housing unit shut down four years ago. Page said sometimes the previously incarcerated aren’t even ready for the program services provided because they haven’t matured from their time in prison.

“Many times if they don’t get the resources from the external forces, they have to resort to homelessness again or resort back to crime,” he said. “They lack family structure during this time because most families don’t really embrace them when they come out, so that environment is really challenging.”

Antioch Builds Community still exists to support former inmates with reentry and wants everyone to feel welcomed using their services.

Roshanna Parker is the assistant director of reentry services with Durham County’s Criminal Justice Resource Center. The center provides an array of services, such as cognitive behavior programs, transitional housing and GED diploma and employment readiness programs with Durham Tech.

Parker said the center receives about 250 referrals annually for their services. She said Durham County struggles with funding for housing, especially for female housing.

Recidivism is a term used in a criminal justice context as a relapse into criminal behavior.

“I don’t think Durham is any different from the rest of the state,” Parker said. “I think recidivism is an issue across the board. But I think the reason why we’re implementing the various initiatives is to reduce recidivism overall.”

Farrington said he doesn’t want people who were in his situation to fade out in society and get pushed back into the streets.

“They have to see hope and know their efforts are accomplishing something,” Farrington said.