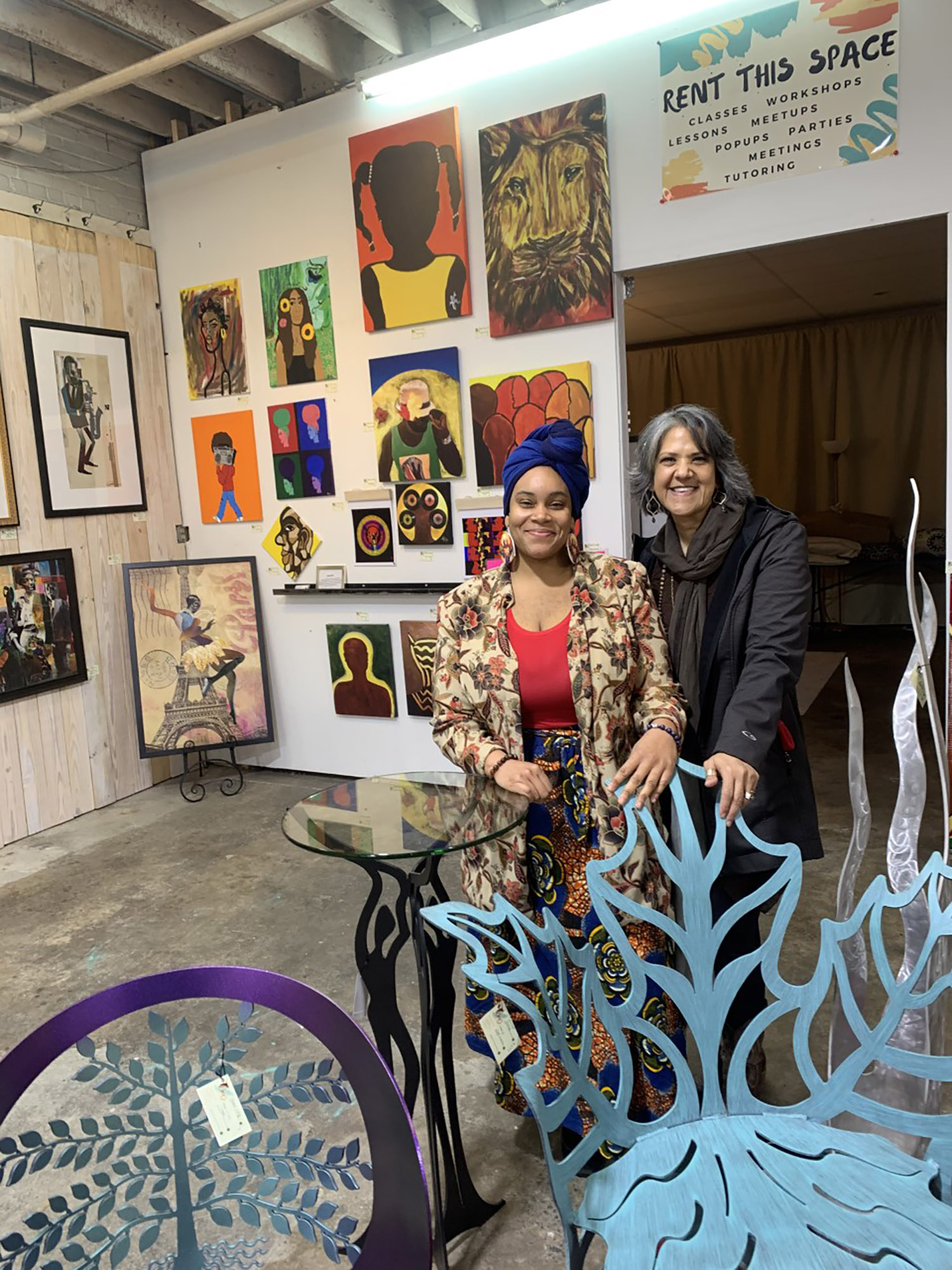 Cecilia Henaine de Davis, owner of the 11-month-old Cecy’s Gallery and Studios, acknowledged the importance of giving a voice to local artists — especially those whose voices are often silenced.

As a multiracial woman of Lebanese and Mexican descent, Henaine de Davis says she has experienced the struggles of the art industry firsthand.

When she arrived in the U.S. from Mexico in 1989, Henaine de Davis began crafting and selling metal jewelry to help support herself financially. She then landed a job at a metalworking studio in Durham called Vega Metals (now Cricket Forge) where she worked as a gallery manager and sold her jewelry.

“I love art, and I grew up in the community of art,” Henaine de Davis said. “It’s a little harder for a lot of women of color, but I did it. I had a window of opportunity, and I was able to take it.”

One of Henaine de Davis’ main responsibilities at Vega Metals was to run the Saturday morning art market, a weekly event where local artists could display and sell their works.

In 2018, when Henaine de Davis heard the Vega Metals building was being demolished, she says she began to worry about the artists who relied on the art market to sell their products.

“I was afraid I wasn’t going to be able to offer that to the community again,” Henaine de Davis said. “I was really keeping my eye open for a new space.”

This led Henaine de Davis to open Cecy’s Gallery and Studios, a place where artists who don’t often have a strong platform could share their work.

One such artist is Alesia Bachelor, an African American and Native American woman who practices live art forms including meditation, reiki and tarot card readings. Bachelor leads weekly classes and card readings at Cecy’s. She said she was immediately drawn to the gallery because of its welcoming atmosphere.

“I think it’s a beautiful platform,” Bachelor said. “When I’m walking in, I see that the owner is a person of color. I see the workers are from different heritages. I look at the art on the wall, and I see myself represented in it. That helps me to realize, ‘Oh, I can be in this space too.’”

Though she is not one of the seven artists featured in the Black History Month exhibit, Bachelor drew similarities between the visual art represented and the live art she performs. Both art forms reflect the artist’s personal message and call for the viewer’s own introspection.

“Visual art is about a communication,” Bachelor said. “Recognizing that they’re putting their soul into that canvas or that sculpture, and now you get to witness it, now you get to communicate with it — figure out how you see yourself there.”

With the increased gentrification of neighborhoods and all the physical changes to Durham’s landscape, some people are having a difficult time finding their place in the city.

Henaine De Davis says she hopes her gallery can help these people hold on to a time and place in which their voices were strong.

“I feel like I’m going to keep a little bit of Durham,” Henaine de Davis said. “I want the people to feel like they still have a little piece of Durham.”

The Black History Month exhibit will be on display through March 28 at Cecy’s Gallery on 417 Foster St.

Matthew Audilet is a UNC-Chapel Hill senior reporting major from Greensboro. This spring he is serving as a staff writer/photographer with the Durham VOICE.