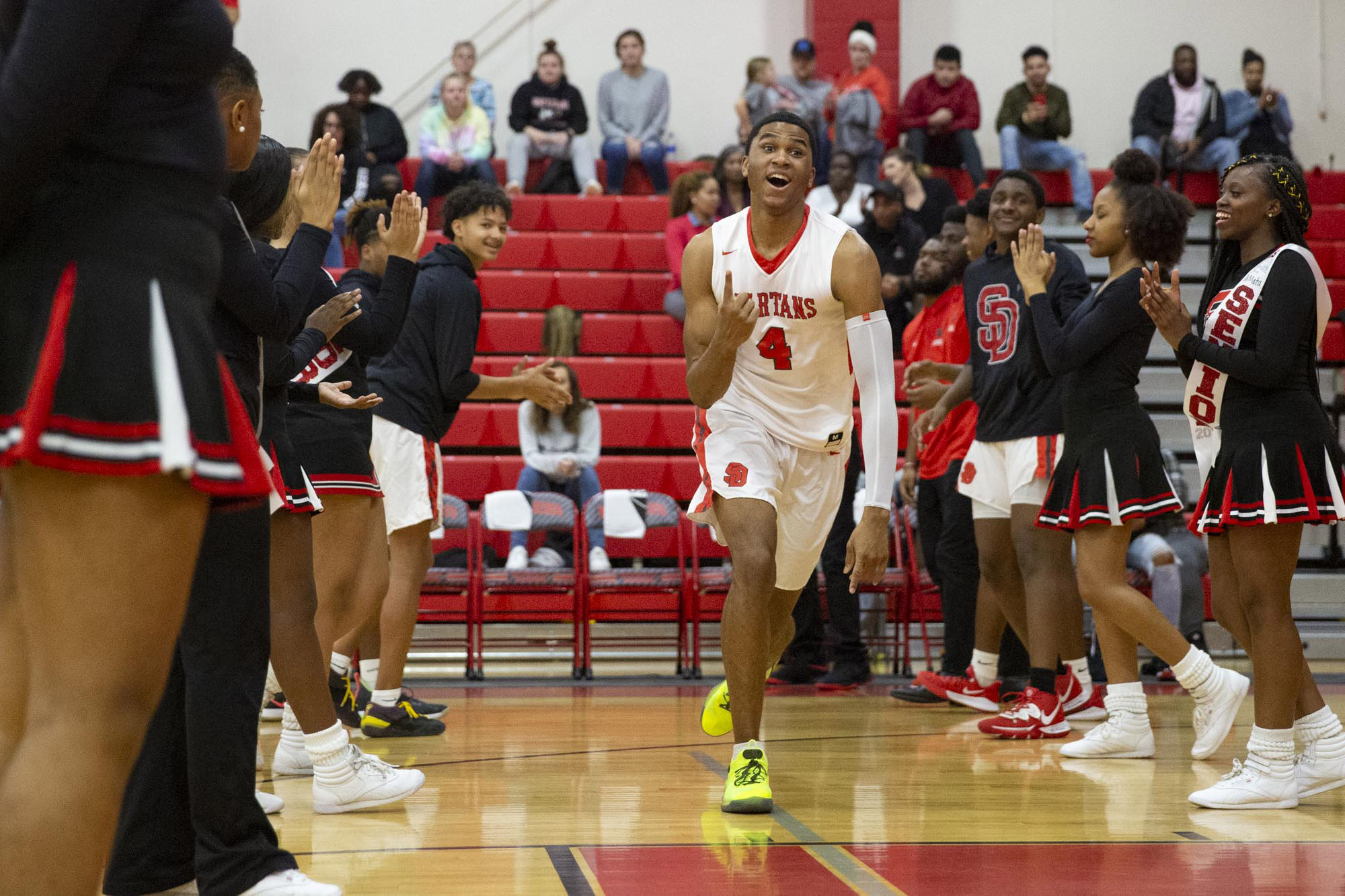 Former Chicago Bull, six-time NBA Champion and Hall of Famer Michael Jordan rose from the ground at Madison Square Garden in the first round of the 1991 Eastern Conference Playoffs against the New York Knicks and displayed one of his greatest moments of Air Jordan.

At a showcase tournament in Chicago last summer, Team Felton Basketball Director Fredrick Cannon saw one of Council IV’s most jaw-dropping plays that hushed the loudness of a packed, four-court basketball facility.

“Ricky pretty much imitated the Michael Jordan dunk from when they played the Knicks, when he did the half-spin and went baseline,” Cannon said. “But he cocked it back so far and dunked on the kid. The whole gym just froze, because no one could believe a guy could get off the floor that quick and be able to dunk the ball while going away from the basket.”

Council IV’s talents didn’t come out of nowhere — he is the youngest of one of Durham’s great basketball families.

His oldest brother, Ricky Council II, is a senior at the University of Maryland, Baltimore County (UMBC), and led Northern High School to a conference championship in 2014, was named the 2014 Conference Player of the Year and First Team All-State. His sister, Rhianna Council, who now plays for the University of North Carolina at Greensboro, was named Conference Player of the Year in 2016 at Northern; and Ricky Council III plays junior college basketball at Northeastern Oklahoma A&M.

Rick and Ruth Council’s three boys are all named after their father.

“There’s so many different names out there,” Rick said. “You don’t want to name your child with someone you know with that name. And I know people name their kids after good people, professional people; and at the end of the day, I felt that no one was worthy but my name.”

The Council siblings learned the game from their father around the age of 4, and healthy and fierce sibling competition was the norm inside and outside of the home.

“It was my oldest brother and sister versus me and my middle brother,” Council IV said. “And we were playing two-on-two, and obviously, we weren’t expected to win. They were actually both bigger than us. And we went out, and we were hooping and we won. So, I still remember that.”

Council IV describes himself as a slasher and playmaker who can score the basketball. He admits that he took his oldest brother’s step-back jumper and he still reminisces about watching Council II at Northern.

“He has a lot of respect for his older brother,” Ruth Council said. “Ricky II always takes time to talk to him about what his experiences have been – high school and in college – and trying to give him sound advice. So that’s always been a good relationship.”

Council IV has scored 1,000 points in his career and led Southern to a 19-5 record and No. 10-seed in the East Region of the 3A state playoffs by averaging 23 points, nine rebounds, five assists and two steals during the regular season. According to 247 Sports, Council IV is a three-star player and No. 18 player in North Carolina for the class of 2020. Big Shots recruiting service tweeted that he’s the best available player in N.C.

“He’s focused about what he wants to do, where he wants go,” Southern High School basketball coach Greg Motley said. “… He’s a good guy off the court. So, it’s really easy to coach a kid like that, and he’s a really good high school basketball player. And a lot of times you don’t get all of that.”

Council IV has received multiple mid-major offers from schools such as UMBC, UNCG and Elon.

But he’s been overlooked.

“He’s caught in a conundrum,” Cannon said. “Because the mid-majors think he’s too good for him to be able to recruit. The high-majors may or may not have those scholarships available to offer him those scholarships yet. So it puts a hold on his recruitment. Both sides are in a ‘wait-and-see.’”

No matter what happens over the next month and a half, Council IV is blessed for the opportunity to pursue his dream of playing in the NBA on the collegiate level.

“It’s been a long journey,” Council II said. “It’s been kind of crazy. When I was younger, I always thought I would be at one of them ACC schools – Duke, Carolina, State – and then sophomore, junior year: reality hit. It’s not happening, but I was getting other looks from mid-majors, so I had to be blessed, because some people don’t have nothing. I’m going to college for free.”

For a printer ­friendly version of this story, click here