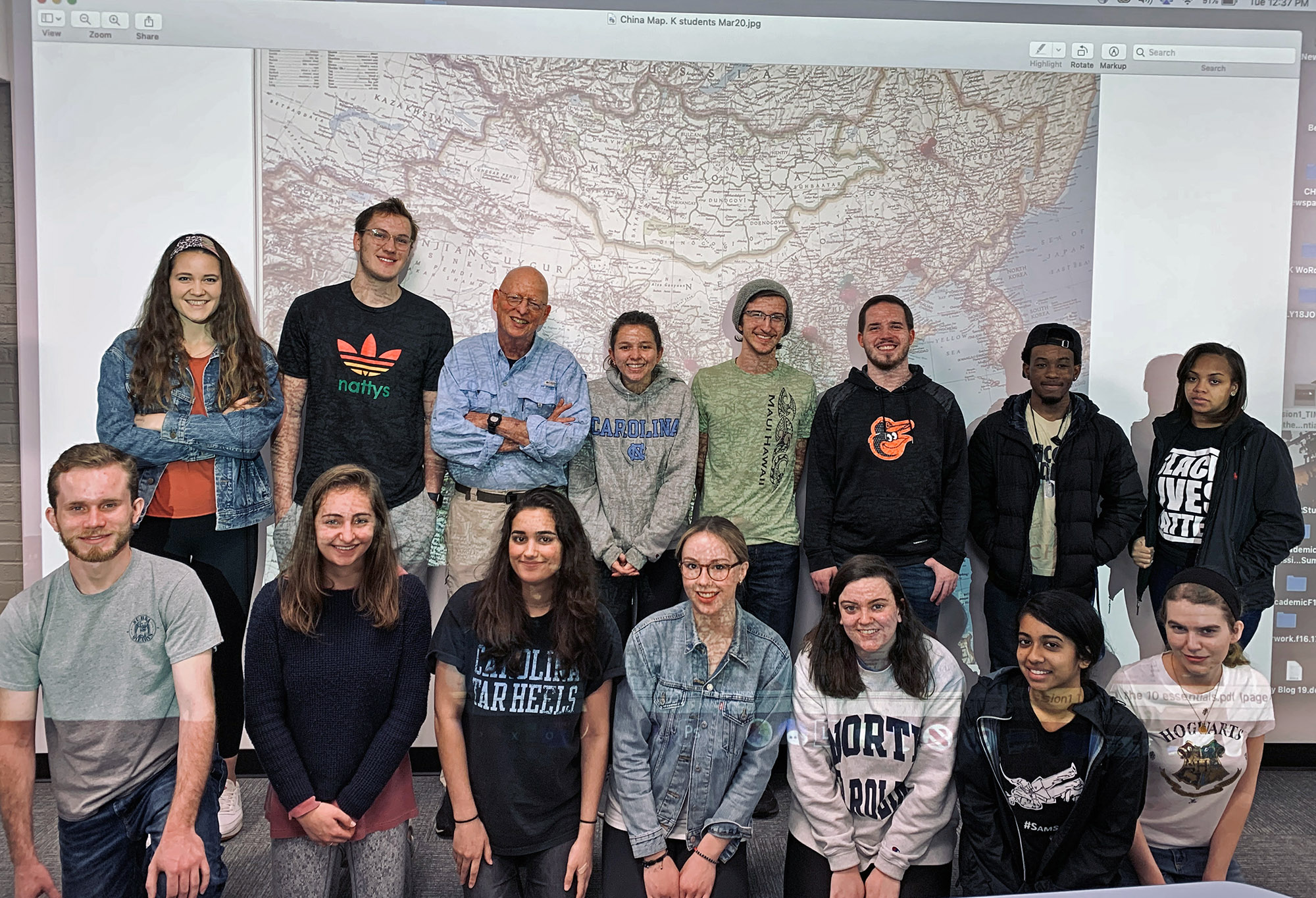 Publisher’s Note: Back in late February, before COVID-19 became a reality for the U.S., I had my Community Journalism students at UNC-CH write letters of concern to Chinese college students. And the Chinese kids, in deep quarantine, wrote back. Now, a month later, the tables have turned, and we are in the cross-hairs. Thus, the Pen Pals Across the Pacific project has become a therapeutic exchange between new friends 9k miles apart — proving once again the truth the old childhood song: “It’s a Small World After All.” (Photo at right: from Chinese social media, Chinese college students returning from abroad aboard a chartered aircraft signal signs of hope) Photo courtesy of Prof Chen Kai. Communication University of China, Beijing.)