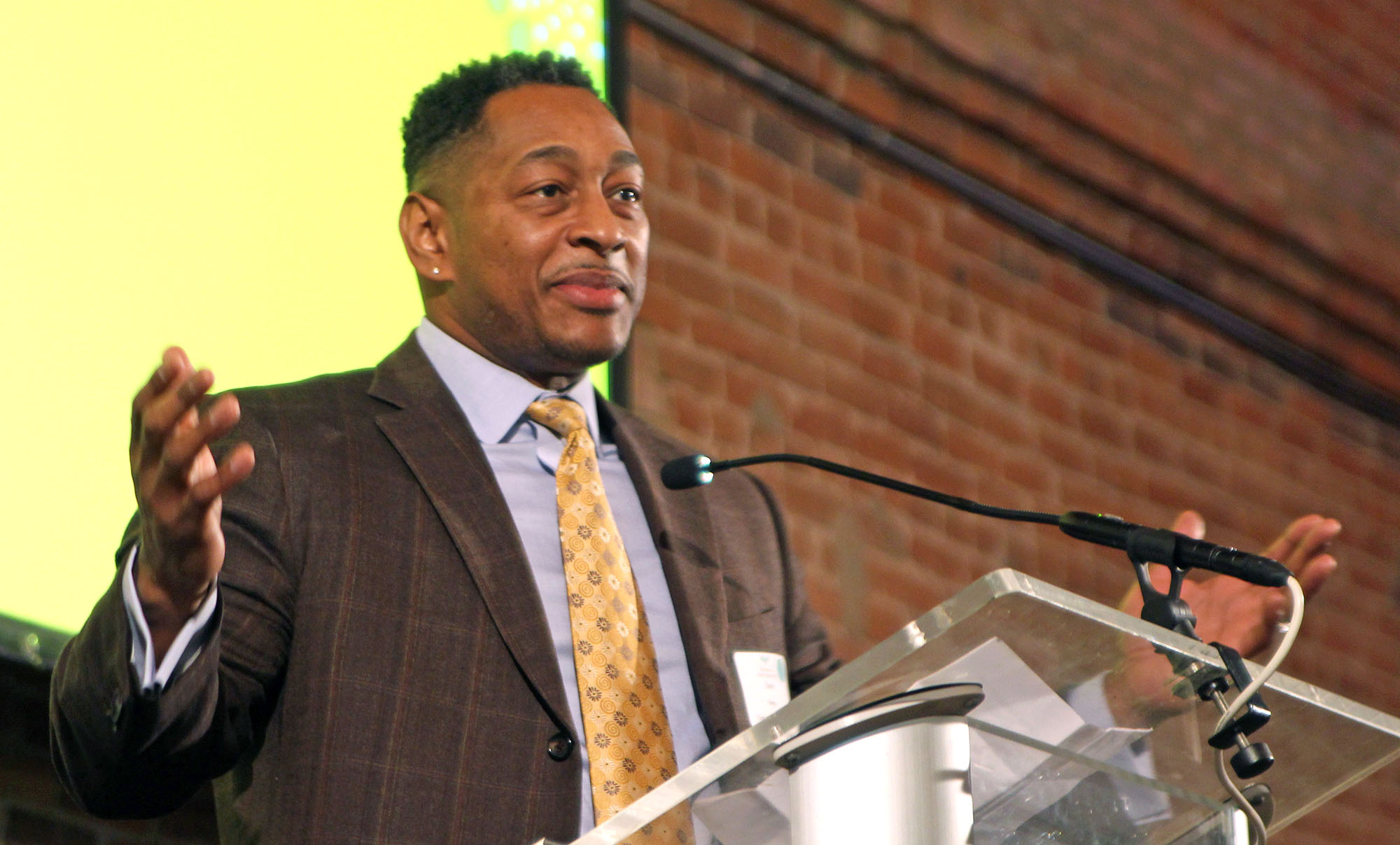 “The yellow brick road with a pot of gold at the end,” are the words that David Reese, President and CEO of East Durham Children’s Initiative, uses to describe the upcoming merger between two local NGOs dedicated to helping Durham’s children have a better life.

On July 1, Partners for Youth Opportunity, led by Julie Wells, and East Durham Children Initiative, led by Reese, will join forces to create a much stronger and larger service provider, to be known as Durham Children’s Initiative.

Of the merger, Reese says, “PYO has a track record of improving educational and economic outcomes in partnership with youth. Joining forces with PYO will allow us to create one of the most comprehensive cradle-to-college/career models in North Carolina. We are incredibly excited about what this means for the future of families, children and youth in Durham.”

When Wells joined PYO in 2011, the small organization was called PFY or Partners For Youth. At the time Wells says she thought she was just applying for what she thought was a part-time executive director position, since it was just her and one other part-time worker. The two had only been serving 25 students on the West End of Durham.

Since then Wells has worked hard with the help of her co-workers to grow her organization into one that helps students reach their full potential — educationally and vocationally. PYO has grown in many different ways, they have been impactful to people’s lives, including this writer, and have found that they are able to be a part of more community conversations over the years.

PYO’s program staff works hard to do what they have to do to make sure that all the students in the program have the resources they need to have a successful and sustainable life. PYO helps provide jobs for students, teaches them to save money for things they may need in the future and also offers tutoring to help prepare students for college, trade schools or some form of post-secondary education.

Similarly, EDCI started with a small group of people in 2009. They had begun to look at the success levels for the young people who lived in Durham and they say they were dismayed with the number of young people who were unsuccessful. EDCI leaders decided they must figure out a way to help change that.

Ro begin to tackle the problem, a group of concerned Durham leaders attended a “Disconnected by 24” conference held in Portland, Oregon. The trip to Portland was followed by a trip to New York City, where they visited Geoffrey Canada, the president of the famed Harlem Children’s Zone organization.  The purpose of the HCZ is to end generational poverty in Central Harlem by connecting children and families to an “ecosystem” of partners and resources to help them flourish.

After the visits, the group of community leaders — consisting of Ellen Reckhow, Wanda Boone, Minnie Forte-Brown and Barker French, all four co-founders of EDCI — concluded that they wanted to do in Durham something similar to what was being done in New York City.

In the beginning, when they tried to figure out what they could do to help children, they only had about five or six people at the table. Eventually that core group grew upwards to 40 concerned citizens. Reese had gotten involved in the program in 2009 and since then he has become president of the organization.

“We wanted to link food and academic success to young people,” he says. “Knowing that food by itself would not change outcomes revolving around poverty and we needed to align food with other components.”

It wasn’t until late 2010 that EDCI became an actual nonprofit organization. However, they did not start intensive programming[JW1]  until 2011, and since then Reese says they have worked with over 2,000 young people in Durham, plus EDCI stays in touch with a large number of them every year.

Reese and Wells say they both love helping children reach their full potential, and they believe that this merger will help increase the probability of the young people having a more successful life.

“I’m super excited because this is a tremendous opportunity for Durham,” says Reese, who will now act as leader of the newly merged organization. “This is a really exciting time for the East Durham Children Initiative as we become the Durham Children’s Initiative [DCI] when we bring EDCI and PYO together.”

“We are so excited to bring all PYO youth, staff and programs to DCI,” she says. “We want to offer what we have to more youth, and we want to offer more services to the families we are now connected with.”

Everyone involved cannot wait to see what the future has in store as a joint organization.