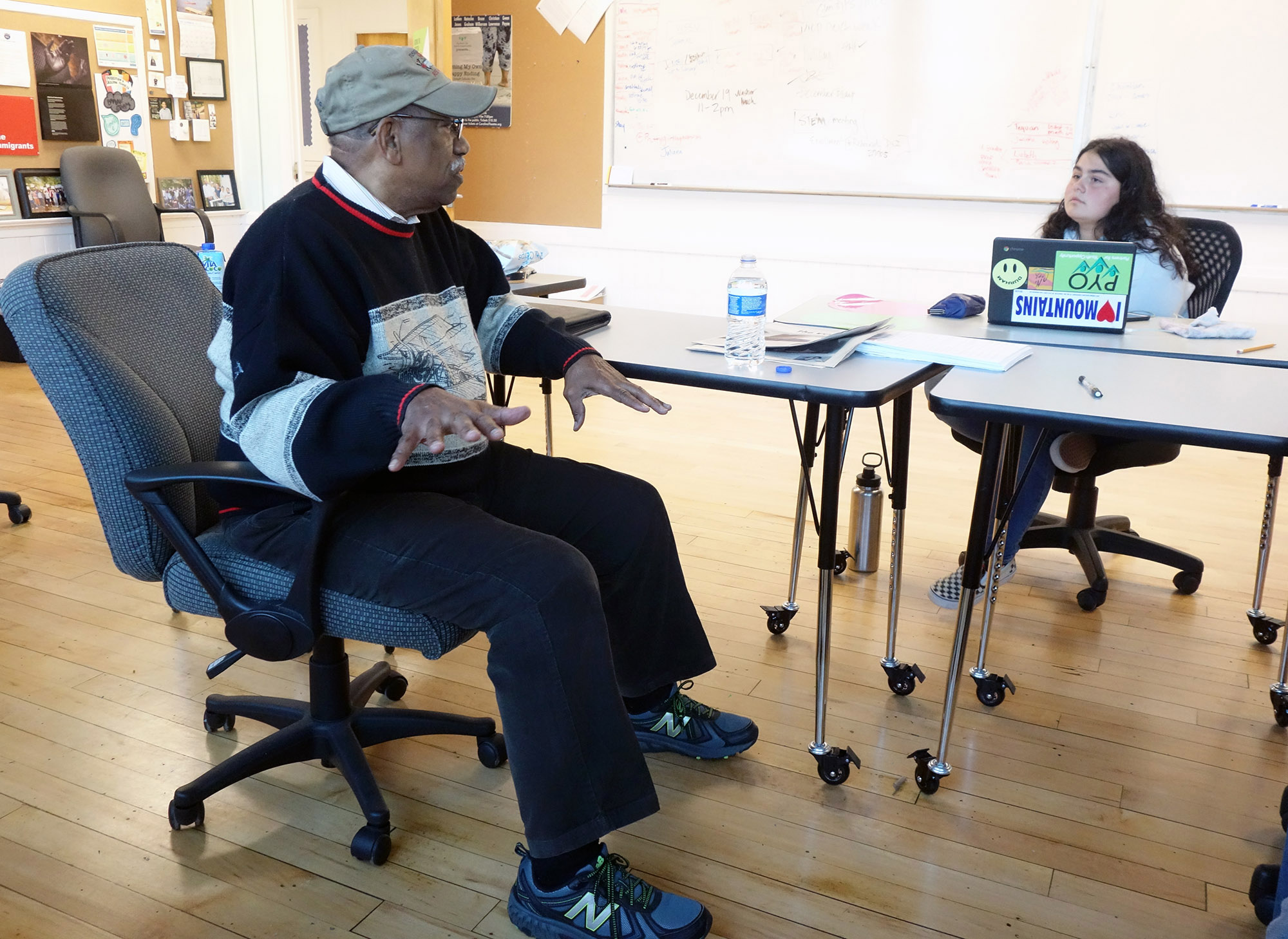 A little over a year ago, Prof. Jock Lauterer gave me a call alerting me that the Durham VOICE would have an esteemed visitor at our “newsroom,” what was then Partners for Youth Opportunity’s (PYO) office located on the second floor of the WG Pearson Center.

“Koonce,” he said. “We’ve got LeRoy Walker coming to speak to the kids.”

“The legendary coach from Central,” I asked, confused. “Didn’t he die like 10 years ago?”

“No, not him, man,” the Professor said. “His son, LeRoy Walker Junior. He wants to come speak with the VOICE students for a while.”

And with that, the son of the coaching legend, himself a walking history book, popped up at WG Pearson a couple of weeks later to have a conversation with our Durham VOICE youth.

Walker Jr. explained to us, as we gave him a tour of the renovated building, that he had attended the school back in the day and he was fascinated how it had been “recreated” and now served Durham children in numerous capacities.

LeRoy Walker Jr., a legend in his own right, died on Jan. 8

One of the things I’ve learned working with teenagers over the last decade is they have no problem asking things up front.

“Why are you interested in talking with us,” they asked.

He explained how he loved reading the VOICE and that he felt we were a great outlet to get info out to Durham youth about an initiative he was on on behalf of the Tuskegee Airmen – to introduce more women and girls (particularly of color) to the field of aviation.

“There’s more to aviation than just flying planes,” he had said. “We need air traffic controllers, lawyers, engineers and more because it takes all of that for flying to take place safely.”

“The purpose of the Tuskegee now is to educate kids about planes and everything associated with flying,” he said.

Walker Jr. told us about scholarships available through the Tuskegee Airmen and youth programs they had available.

But as we talked with Walker Jr., though, it quickly became evident that he had a captive crowd in our Durham youth, and our conversation ran the gamut.

We talked about his dad and the struggles he and his athletes went through trying to compete in a segregated America.

We talked about how housing prices and how the old Hayti neighborhood where WG Pearson is based had changed over the years.

We talked about the school building we were in and how in Walker Jr.’s day, there would have been no white students attending there or walking its halls.

And we talked about history.

Walker Jr. explained to our youth the story of the Tuskegee Airmen, the all-Black World War II fighter pilots and all of the stereotypes and stigmas they had to overcome. He spoke of how the African American pilots were at first thought to be “less than” but during the war they were some of the best with less of them being shot down than their white counterparts.

The airmen, our guest told us, were only a little older than our DV journalists, many were fresh out of high school, when they started flying. And like most Black servicemen in those days, they had to deal with discrimination and outright hate.

“Tons of people used to hate the Tuskegee,” Walker told us. “They burnt theiruniforms.”

But through all of that hate and abuse, the Airmen helped change attitudes towards Black men in America.

Walker Jr. spent about two hours with us that day and we discussed so much more that I am unable to write it all here.

But the thing that truly sticks with me about our conversation with LeRoy Walker Jr. is his dedication to the community, Durham, and its youth.

We talked about the power that journalism, the Durham VOICE, gives Durham youth and how our students have the power to change thinking – similarly to the Tuskegee Airmen with whom he served.

As I write this I watch as the first woman of color is sworn in as Vice-President and I can’t help but wonder how proud Walker Jr. be. He was very much a man who believed in the rights of women and all people.

When we spoke with Walker Jr. back in the fall of 2019, the world looked a little different. Since then we’ve lost 400,000 American souls to a silent killer.

One of the last things LeRoy Walker Jr. left us with that day was a charge I’m sure none of us will soon forget.

“We need to count our blessings, because there’s a lot of awful things going on in this city and this country,” he told us. “There needs to be light shed on these issues. That’s what you’re here for.”

Carlton is the Workforce Director for Partners for Youth Opportunity. He is also the former VOICE Teen Mentoring Coordinator and past editor of the award winning Campus ECHO of NCCU.