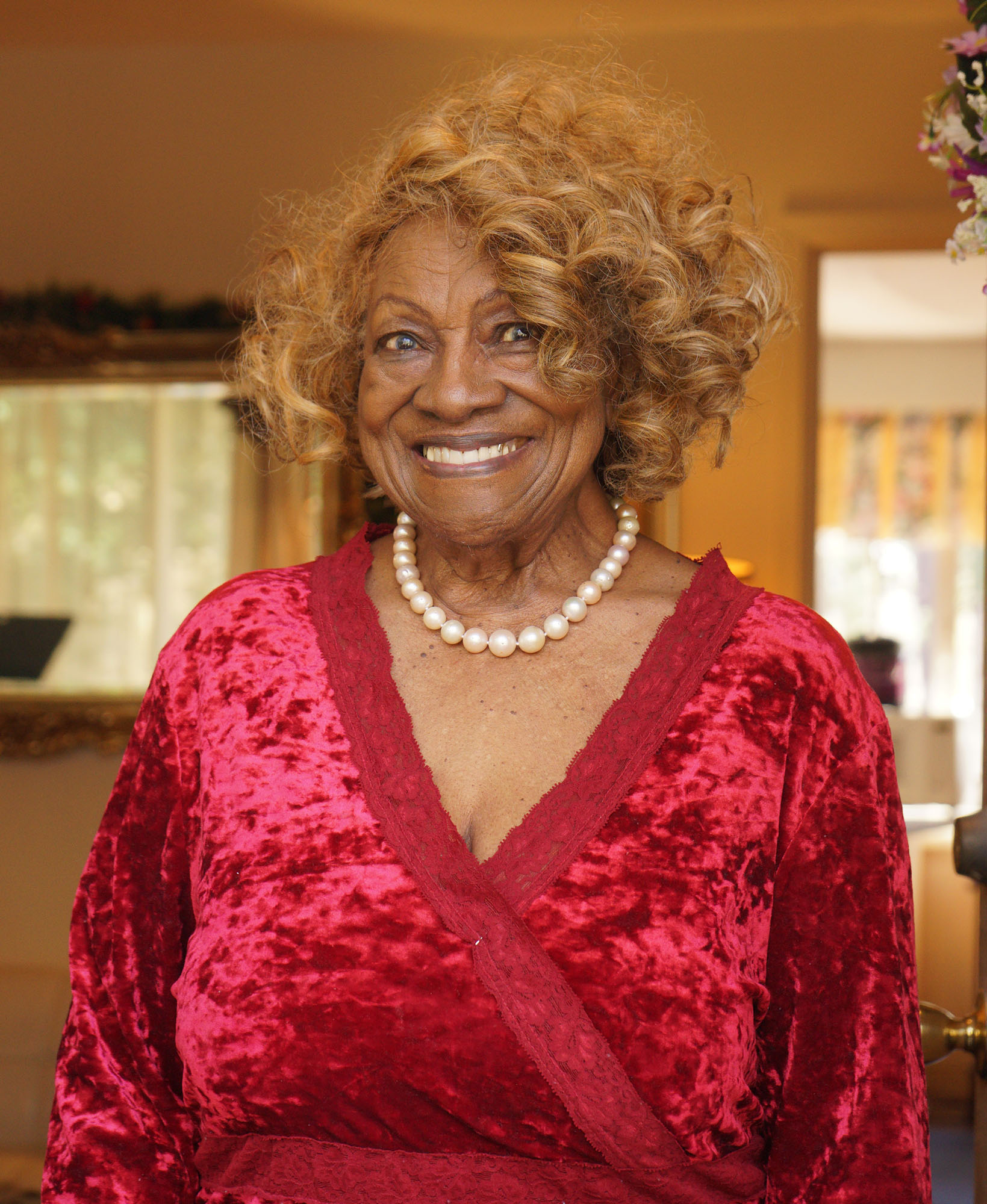 Martha Flowers came to the front door prepared for her photo shoot, looking every bit like a diva — dressed for a concert, pearl necklace, and a smile that could – and did – light up Broadway.

Diva; I may not know what that means technically, and I have a hunch its like when someone asked Louie Armstrong for the definition of jazz, and Satchmo replied, “Man, if you have to ask…you’ll never know.”

I suspect that diva is like that; you know one when you meet one.

Martha is theBess from the international touring company’s production of Gershwin’s opera, “Porgy and Bess,” who in the ‘50s and ‘60s wowed international audiences with her landmark version of “Summertime.”  She toured with the Porgy and Bess company in 29 countries on four continents until a final performance in New Zealand in 1965. Yes, she’s a diva.

How we found her

Editors warn the fledgling newspaper columnistto avoid at all costs using their partner as a source. I am herein chucking the first rule of column-writing out the window, because it is my good wife, Lynne Vernon, who discovered the diva in our midst, and in a most unexpected way.

Anyone familiar with Meals on Wheels (MOW) fully realizes that it is far more than just food delivery service to the elderly and shut-ins — that the human interaction that occurs between recipient and deliverer is every bit (and possibly more) as important as the meal, the physical sustenance.

But during this plague year, MOW has been forced to cut back on their five-day a week delivery schedule, reducing their drop-offs to weekly, meaning much less human contact too.

Filling that gap come the Covid 19 phone angels, a hearty band of volunteers deemed too old and risky for delivery services, but remarkably fit for reaching out by telephone. This is where my wife, Lynne, comes in. As a phone volunteer, every week she checks on a dozen recipients, who she calls “my people.”

Did you get your week’s supply of frozen dinners? How are you doing? Is there anything you need help with?

Recipients, hungry for human interaction, often stay on the line to chat about …their health issues, their children, the news of the day, quotidian… the stuff of life.

Over the course of the last nine months, I couldn’t help but eavesdrop (a reporter’s prerogative) on the conversations Lynne has had with her people, all of whom are known to us by voice only — each one a separate, distinct aural identity, expressing a wide range of life world-views.

One woman in particular stood out brightly for her amazingly resilient and relentlessly cheery countenance. She was so positive every week that Lynne (and I admit freely, me too) began looking forward to chatting with…Martha Flowers. And here. I’ll let Lynne tell the story, as related to our hygge pals.

I think I told you that I have been calling people for Meals on Wheels each week.  My route has such interesting people,  but the one I have become closest to is Martha Flowers.   I am  always uplifted by her sense of gratefulness of each day and her love of nature and life in general.  It turns out that she is almost 95 years old and lives in her own house.  It also turns out that she is a very famous opera singer from the ‘50s.  She traveled all over the world but lived in New York and finally left New York to teach here at UNC in 1973 —  although she did not get tenure.  Anyway,  the new music department head is now naming a new institute for opera in her honor. She grew up in Winston Salem, went to Fisk and studied at Julliard.   I can’t imagine the challenges and barriers she faced with such grace.  I think you’ll find Martha Flowers an incredibly wise woman and so uplifting in her message.

Meals and Wheels is writing an article about her and I agreed to interview her for the woman who is writing the article. She is such an amazing woman and gives us all her advice on how to live a long and happy life.  She attributes much of her optimism to her faith. You might want to check it out (http://www.scienceofminduk.org/believe_holmes.html).

Martha’s is an amazing person. She is certainly a gift to me and Jock, and I hope we might emulate her ability to treasure every minute of life.

The Meals on Wheels profile

Meals on Wheels volunteer writer Sharon Bushnell will allow me the literary license of interspersing direct quotes into her profile.  The quotes are taken from a recent phone interview conducted by Lynne.

The Best is Yet to Come

Martha Flowers, a Winston-Salem native, always loved going to school. In fact, in order to avoid having to stay home, she would hold her breath in the mornings to avoid coughing “because if you coughed, you’d have to stay home from school. So I would hold my breath and not let my mother hear me cough,” Martha’s full-throated laugh punctuates the story, “I loved school so much.”

She remembers being excited when she learned to read and says, “And although we didn’t have an in-house bathroom, we did have a library. The library was the most precious place I knew.  Books fired up my imagination.”

Martha also fell in love with music and, while in elementary school, she announced to her family  “that I wanted to sing and dance on Broadway.”

That story is followed by another hearty laugh. Martha continues, “My mother said, ‘Don’t let your father hear you say that!’ because you see, my father was a Baptist minister and didn’t believe in all that secular music, and dancing, and jazz…and blues.”

She didn’t waste any time making good on her ambition and started singing songs on the radio while she was still attending high school. In spite of the fact that her father was not thrilled with her decision, Martha studied music at Fisk University, “I was totally in love with music,” she recalls, “and at Fisk university I had already said I wanted to be an opera singer.” She got her first female lead at Fisk, singing the role of Gretel in their production of Humperdinck’s opera, Hansel and Gretel.  “With the Nashville Symphony!” She says with emphasis, “it was lovely, with costumes…well, that was the beginning.”

After college graduation, Martha went on to study at The Julliard School in New York City where she began her career as an opera singer.  Martha’s long and varied music career enabled her to travel nationally and internationally.   She became widely known and praised for her many performances in “Porgy and Bess;” she gave recitals of art songs and Broadway showtunes; and in the ‘60s, she toured throughout the South with Kaleidoscope, an ethnic, folk band. “I enjoyed it so much; it was my love. And the audiences told me about it,” she says with another deep laugh.

Martha is quick to credit her teachers and mentors for her success, “I didn’t get here by myself,” she says, thanking her professors and private teachers.

In 1973, Martha joined the faculty of UNC’s Music Department, teaching courses in voice and Afro-American music.   “Teaching…” she said, pausing to reflect, “Eight years;  I loved every minute of it.”

Although she left UNC in 1981, she decided not to return to New York because she liked Chapel Hill’s slower pace and its people, saying, “I decided to live and thrive and be happy in Chapel Hill, North Carolina.”

However, a quiet retirement was not for her, as Martha continued to teach privately, taking up to 35 students a week.  She also spent a year at Shaw University, substituting for a professor on leave. As a second career, she  purchased seven houses in the Northside neighborhood which she rented for 12 years.  She has since sold all but one of them.

In the late ‘50s she took a course taught by Raymond Charles Barker on the Science of the Mind, a religious philosophy developed by Ernest Holmes, founder of the United Church of Religious Science.  Now, well into her third career, Martha is writing her autobiography and continues to study philosophy by listening to tapes and practicing meditation.  She credits her faith and Holmes’ philosophy with enabling her to have such a fulfilling, happy life.

Martha explains, “I wake up every morning full of thanksgiving for feeling well and not sick or anything — and I still drive my car. And all is well. I’m being thankful all the time; what a wonderful privilege. And I look forward to every day with appreciation and joy, and I love life, and I love people — and that’s the good part…I have decided to be happy and enjoy my life.”

Finally, Martha is effusive in her praise of Meals on Wheels:  “In so many ways, I am grateful for Meals on Wheels, because for a person like myself in this big house, by myself. It can seem like I’m a little bit isolated…and they are so friendly…sometimes it’s the only phone call I get all day.”

And as she says brightly at the end of her interview, ”That’s my story, Morning Glory”.

And as a final note, here is the clincher from the UNC-CH news release written by Professors Marc Callahan, David Garcia, and LaToya Lain:

“To honor this legendary teaching-artist’s legacy, UNC-Chapel Hill is currently in the fundraising phase of creating the Martha Flowers Opera Institute. The institute’s mission is to train aspiring and early career opera singers, conductors, and stage directors with a commitment to forming a supportive environment for diversity in arts education and operatic training.”

They call her Mother Flowers

After this original story posted, Martha called to say she’d forgotten to mention her Durham church connection, and how important Senior Paster Mary McKenzie and the Faith Assembly Christian Center on Fayetteville Street are to her; could I please make the mention in the story? She wanted me to know that the church members had surprised her with the honorific of “Mother Flowers.”

Martha regaled me with the tale, “And when I drive my yellow convertible over to church, the young people say to me, ‘Mother Flowers! Mother Flowers, when we grow up, we want to be just like you!’” This is followed by a hearty laugh and, “Golly wow!”

For the full text from the UNC-CH press release, see below. And be sure to check out Martha’s riveting performance of “Summertime.”

Martha sings “Summertime” from Porgy and Bess in 1956

For Meals on Wheels in our community,