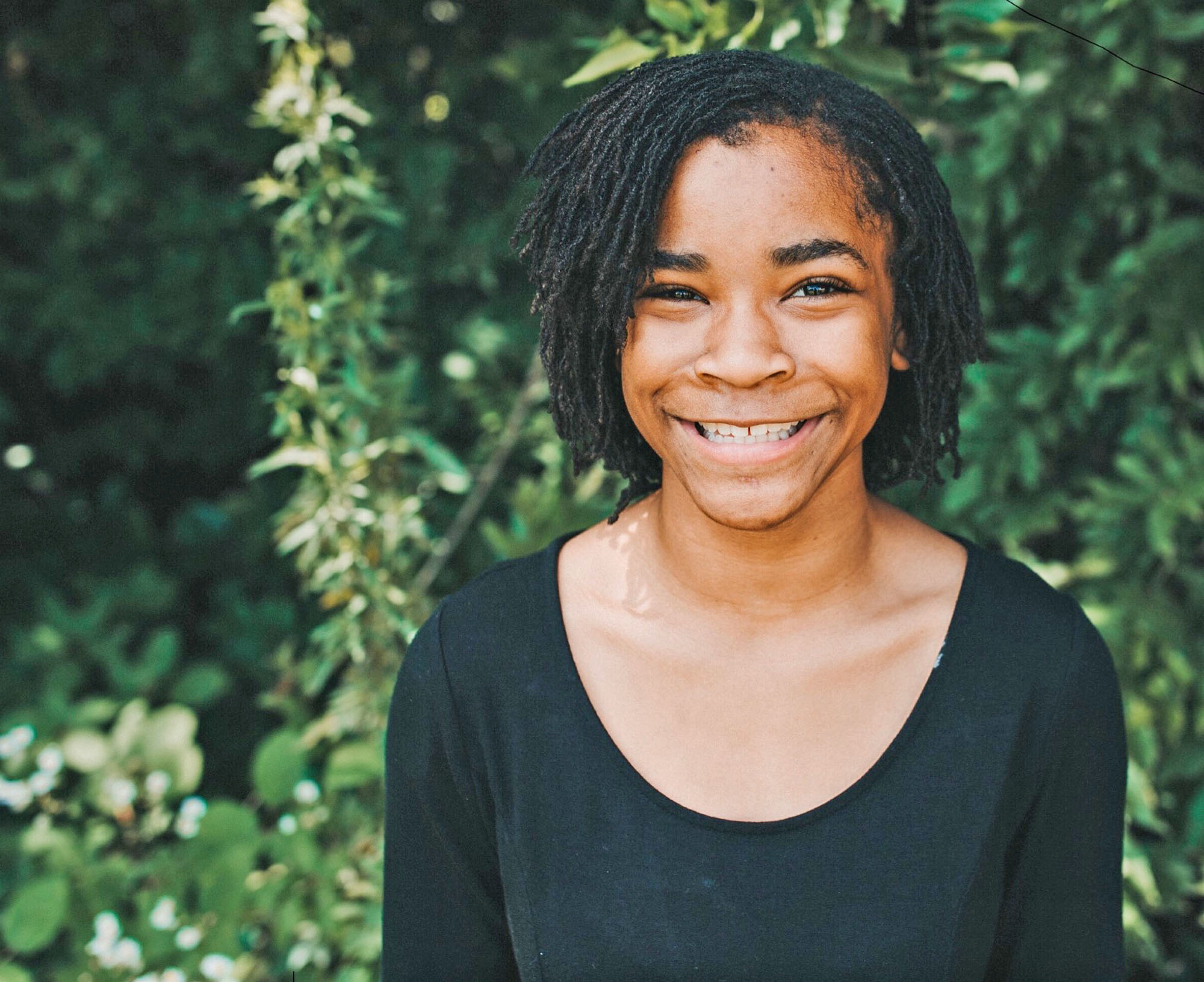 I started working with The Durham VOICE my freshman year of high school. Needless to say, I did not start as the Teen Editor-in-Chief of The VOICE. When I was younger, I would just go out with my phone and take pictures of other people, so I started as a photographer.

Whenever I was with someone who had a camera, I would always ask our leader, Carlton Koonce, if he would let me take pictures at the different gatherings — and of course, he always said yes. Whenever I would take pictures for what was then Partners for Youth Opportunity (PYO) and now Durham Children’s Initiative (DCI), I would always show my photos to him, and I’m sure he could tell just how happy I was when taking pictures — as well as just how good I was becoming at it.  And as time wore on, every time I took pictures,  I just grew to love photography more.

I really love seeing the world through a lens.

As I said, taking pictures is something I had always enjoyed doing, and the experiences I have had with DCI and the VOICE are helping me live out this dream that I can turn into a career.

Eventually, shooting pictures for DCI is what led to me becoming a photographer and later editor for the Durham VOICE. I would take pictures for different articles while other people would write the text. That’s what led me to learning about different peoples’ backgrounds and what they did in their lives to get them to where they were.

My sophomore year I continued to work with The VOICE, however, I was told I would be writing along with taking pictures. I was never really into writing at all, and, if we’re being honest, I’m still not that into it, but I enjoy it more than when I first started.

I was never the best at starting the “ledes” to my articles, therefore, I would usually reach out to Koonce and ask him how to get started — and he would always say Jock used to teach that when we “raise the flag,” or start a story, we salute the flag, or focus on that start. And when we’re done, we “lower the flag” by revisiting the lede or the main point of our story.

Frankly, I still ask Koonce and Jock for help on ledes to this day. I have gotten a little better over time at starting my writing and getting over writer’s block, but I still go to them for help.

Now whenever I have to write a paper I stare at my screen for a while and try starting off my essay in the  many different ways I have learned, until I finally have a beginning I like.

From there I just start typing, and everything begins to flow.

My junior year was when I got promoted to Teen Editor-in-Chief, and that was followed up with a second year of leadership in my current senior year. I started writing more articles and going to more events to take pictures and getting out there more. Most articles I’ve written have revolved around small businesses of color and the impact they have on the community.

I wrote an article about the Rise and Shine breakfast that DCI (formerly PYO) hosted just before the onslaught of the pandemic. I wrote about a local woman-led cotton candy small business, another about a woman-led small business that does sugar body waxing, and another about Durham Children’s Initiative, and more.

Meanwhile, I kept meeting and being influenced by more people, including the students and professors from the journalism programs at UNC-Chapel Hill and N.C. Central who mentored us while they worked on the Durham VOICE.

It was nice working with them and getting to hear about their college experience because I knew that would soon be me. They were all very nice and worked with me; I never felt like I was being judged when I was around them. They never treated me any different because I was in high school, and I appreciate that.

As I head off to North Carolina A&T University to study business marketing and as I reflect on this closing chapter, I truly have enjoyed every moment, every article and every picture I have taken since I joined it.  Being a part of this one-of-a-kind community news publication has been an amazing opportunity for which I will be forever grateful.

I’ve seen the world through a different lens.