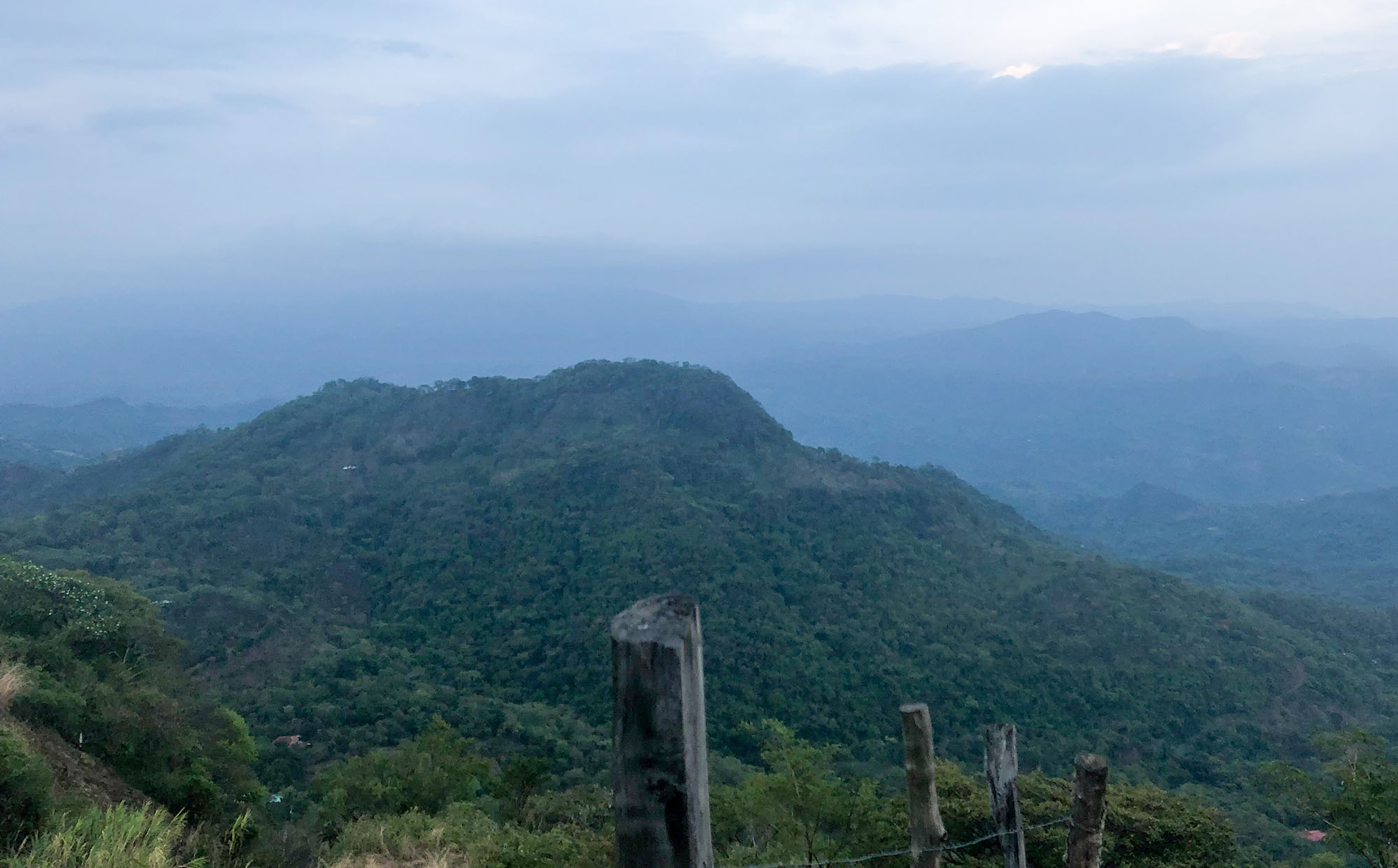 While visiting my grandparents in El Salvador, I was able to see this breathtaking view every day. The air up there makes me feel calm and at peace. According to PeakVisor, there are almost 1,300 named mountain peaks in the country. (Staff photo by Camila Villatoro)

Three thousand miles from Durham, there’s a little country at the southern end of Central America that many people may not be familiar with.

El Salvador, the smallest country in Central America, has almost 6.5 million people, and is heavily populated for being such a small country. It’s the size of New Jersey.

My section of El Salvador is different from the big city of San Salvador that many people might have heard of. In my hometown Corinto, Morazan it’s more like a pueblo or a countryside town. There, they use horses as transportation and the roads are made up of dirt and rock. Many people sell fruits or peanuts on the side of the road to make a living. Once you get to high ground, up in the mountains, you can see everything. The view of the mountains in the Morazan department, makes it feel like you could look at it forever.

It’s so calming to catch a breath of fresh air and feel at peace.

Life in El Salvador is way different than life here in Durham, North Carolina. In Salvador, people use many of the resources they can find in their own backyards, like chickens and fruit, things that aren’t chemically processed and are all natural. They use their animals such as cows, chickens/roosters and pigs as a resource. They usually use their cows for milk and making cheese at home. Cheese there is different from cheese here because the cheese there has a harder consistency and feels like a rock. But there’s also another cheese called cuajada that has a moist soft consistency. However, in the U.S. cheese is often processed and chemically manufactured, while back in El Salvador they have a whole process to make the cheese and milk at home without having to go to a store to buy it.

The chickens are used to produce eggs for the people to cook and usually are killed for a source of protein. Pigs are also used as another source of protein. Unlike here in America, where citrus fruits only grow in places like Florida and California, the limes are freshly grown on trees, and once they are ripe, they can be used for anything, but are usually used for cooking. Also, the oranges are freshly grown on trees. As with the limes, you just have to wait for the oranges to get ripe, usually in the summer when it’s really hot, and then you can eat as many as you would like.

Mangoes are grown on trees as well, but for them to get soft like mangos here it’ll take a while. Many people in El Salvador eat green mangos, and I prefer the green mangos because they’re crunchier and taste amazing when you add lime and salt on them.

My grandfather usually cuts my mango into tiny pieces and he’ll make lines going up and down and across the mango. Once you take a bite of the mango you get all the tiny little pieces. Fresh fruit tastes amazing because they don’t have the added preservatives.

My beautiful grandma tends to cook a lot when we go over there to visit. She always has the tortillas prepared with some cheese, beans and fried pork. Speaking of food from El Salvador, it is different over here because many of the foods, like tortillas, have been Americanized. In El Salvador they’re way thicker and are cooked over flame. My grandma cooks her tortillas with Maseca (it’s like a corn meal) and over the flame. She’ll place wood inside the cement “stove” and after this, she’ll start a small fire. Once that is done she will  lace the comal (or iron skillet) on top of the flame and she then places the tortilla on the comal to cook. Once the tortillas are cooked, she’ll serve them with rice, beans and cheese.

Although it’s thousands of miles away, rural life in El Salvador can be similar to country life in places like North Carolina since folks can go in their backyards and eat fresh and natural food. The pace of life is also slower — no one seems to ever be in a rush. With so much good food to eat, I can’t imagine why anyone would want to be.