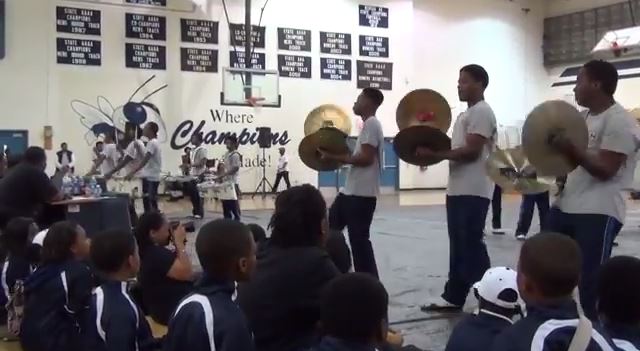 Drumlines from across North Carolina competed in the 2014 Mike Tilley Drumline Competition at Hillside High School on March 22. The competition was held in honor of former Hillside band and drumline member Michael Tilley, who died in 2005 from suicide.

If you or someone you know is considering suicide, call the National Suicide Prevention Hotline at 1-800-273-TALK (8255) or visit suicidepreventionlifeline.org.