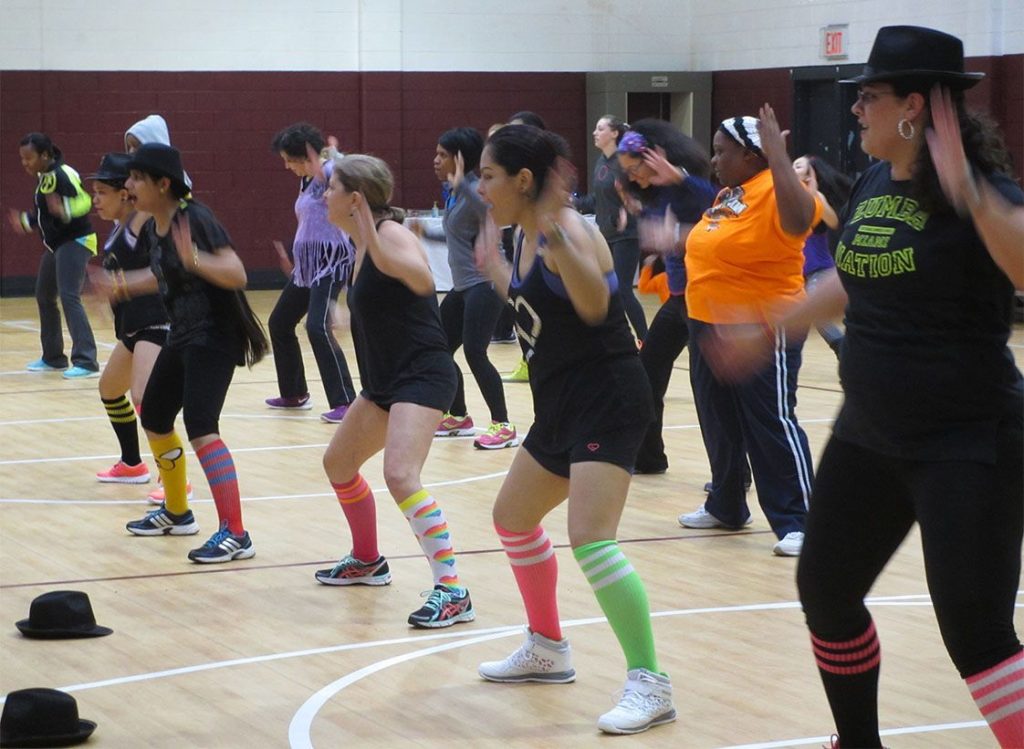 Zumba instructors, brought together by “Zumba love” and a good cause, danced front and center at the first Salvation Army Zumbathon fundraiser. (Staff photo by Amber Younger)

“Are we going to have a good time?” repeated Paul Lewis, rallying the group of 40 who had gathered in the gym.

The crowd cheered, louder this time, bouncing to shake off the cold and gear up for a Saturday afternoon of Zumba. The first Salvation Army Boys and Girls Club Zumbathon was off to a start in the Boys and Girls Club Gym, located at 909 Liberty St. in Durham.

“It won’t be the last,” said Lewis, who organized the event. “We want to continue it.” 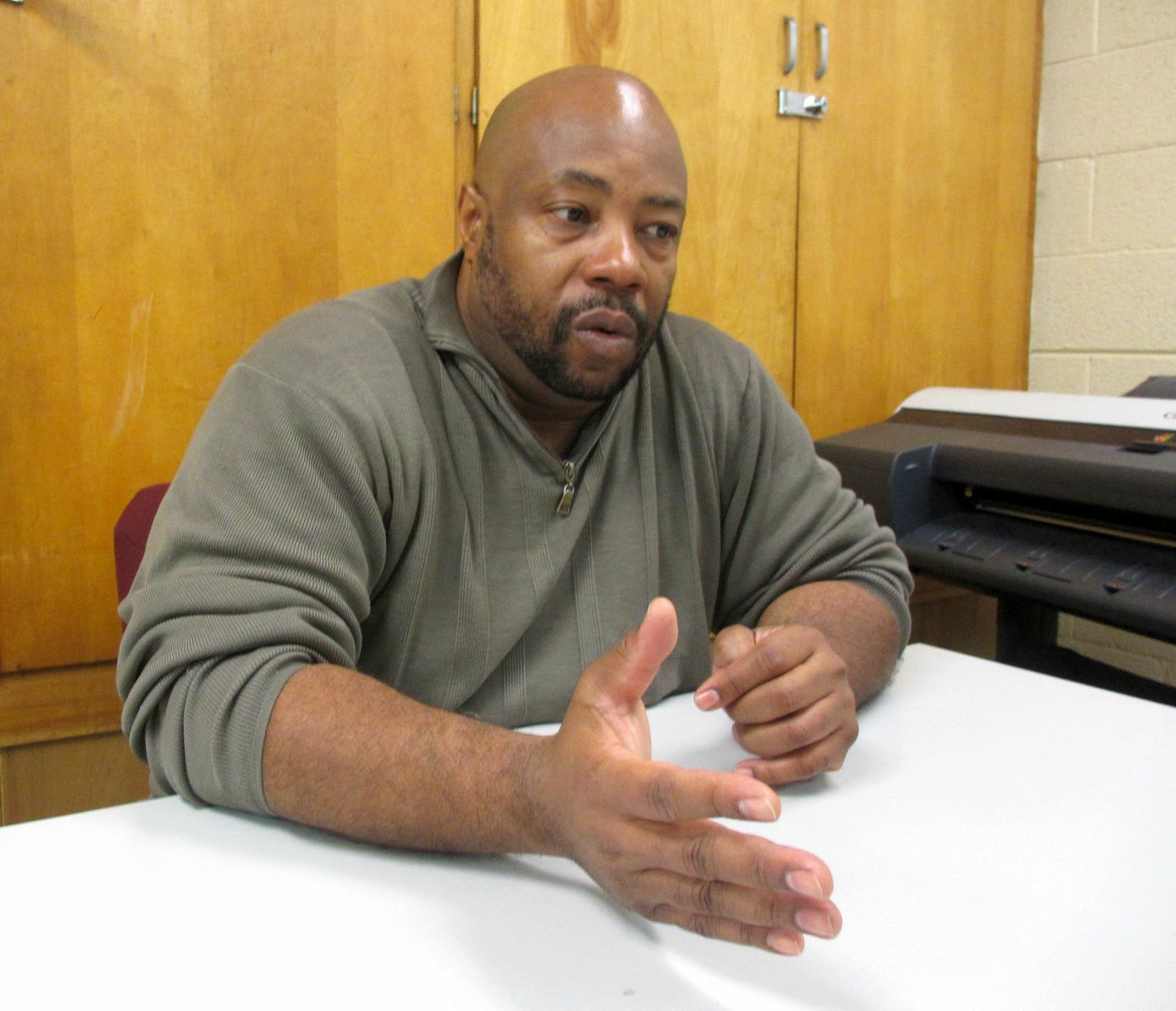 Paul Lewis, Zumbathon organizer, reflects on the difficult experiences that made him who he is today. “It’s not for your own benefit,” he said, “it’s for the benefit of the other person and the glory of God.” (Staff photo by Amber Younger)

Lewis’ first interaction with the Salvation Army was in January 2014 after he got the organization’s phone number from a list of contacts from Durham Social Services.

“They called back within a couple days,” he said.

Grateful for the help he received during a time of personal need, Lewis immediately wanted to give back. It wasn’t until November, when he heard the bells of the Red Kettle Campaign ring, that he was moved to action.

“It just touched my heart,” said Lewis, placing a hand over his chest. “Now’s the right time to do it.”

Lewis has been a licensed Zumba instructor for years and has developed relationships in the Zumba community. This “Zumba love” motivated instructors like Maria Elena Williams, who teaches in Raleigh, to come out and lead a few routines. 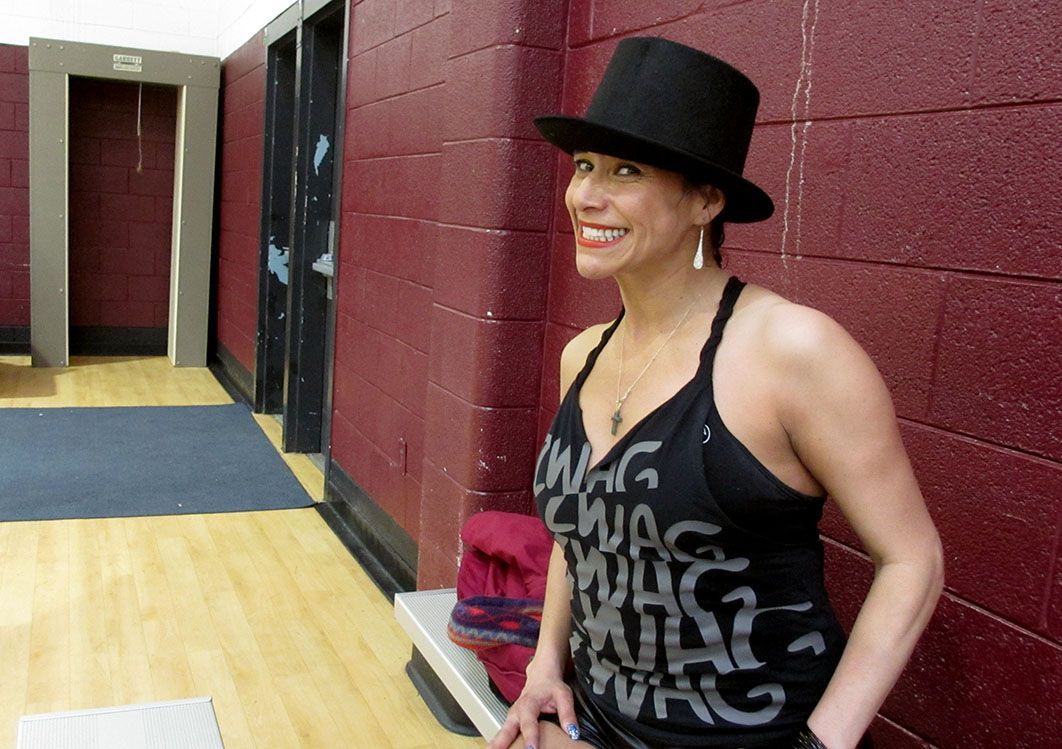 Maria Elena Williams was thrilled to give back to Salvation Army by leading a few Zumba routines. “I love it,” she said. Williams teaches Zumba in Raleigh. (Staff photo by Amber Younger)

“I love it,” Williams said with a grin, looking out on a room full of people having fun. “Regardless of race or color, Salvation Army is always helping.”

Lewis said he thinks Zumbathons held for a cause tend to draw a larger crowd. Between admission prices and donations, the Zumbathon on Feb. 21 raised $440.

Tracey Bragg, a Salvation Army staff member, went to the Zumbathon to dance and support the club.

“It’s awesome that he wanted to put effort in,” she said of Lewis.

Bragg said she believes the Boys and Girls Club provides quality programs for children and that are comparable to other more expensive afterschool programs.

A yearlong club membership only costs $10, she said. 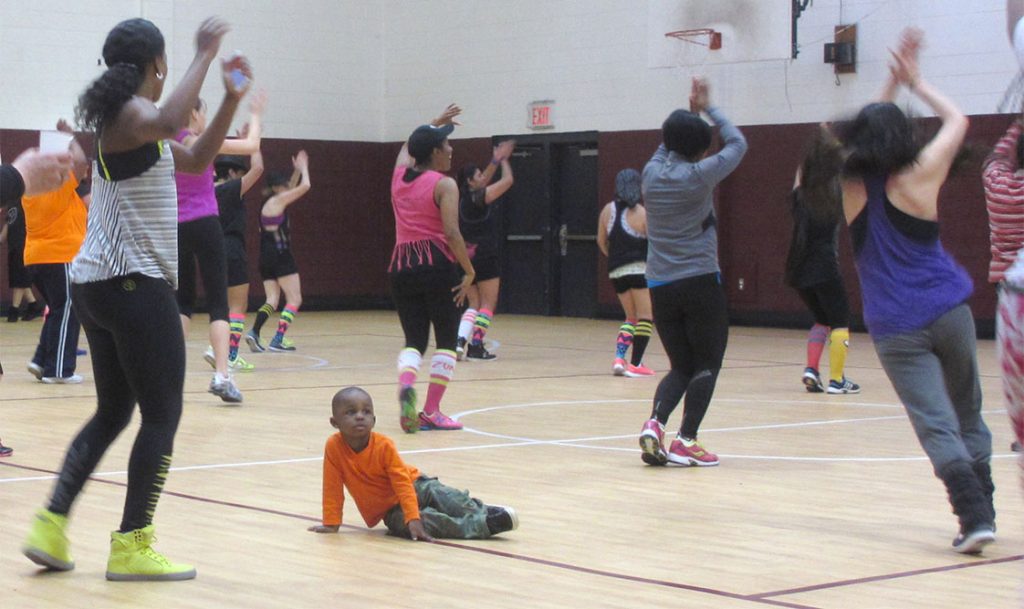 After a long day of dancing, the littlest Zumbathon participant decided to take a break from dancing alongside his mother. (Staff photo by Amber Younger)

Bragg, also a club parent, said she is particularly thankful for the opportunities the club has given her 5-year-old son.

“He’s learned a lot,” she said of his participation in the reading program. He is now reading above grade level.

Lewis said he was pleased to see that the funds raised would be invested in the next generation.

Participants who were neon-clad and sporting jangling coin skirts grabbed hands and bowed their heads to pray. Lewis, who is also a minister at Peace Missionary Baptist Church, said this was the most appropriate way to begin his Zumbathon.

“I felt led in my heart to do it,” he said. “Through the grace of God and prayer, my life changed.”

Lewis lost his job and his mother before he reached out to Salvation Army for assistance. He said that God kept him from losing his house.

“The stress of that is very real.”

Lewis said his desire to give back to the community flowed naturally from his upbringing and he enjoyed getting the opportunity to shake hands with people in the community as he handed out fliers for his event.

“God gets you through things for others,” Lewis said. “It’s not for your own benefit. I thank God and give him the credit.”