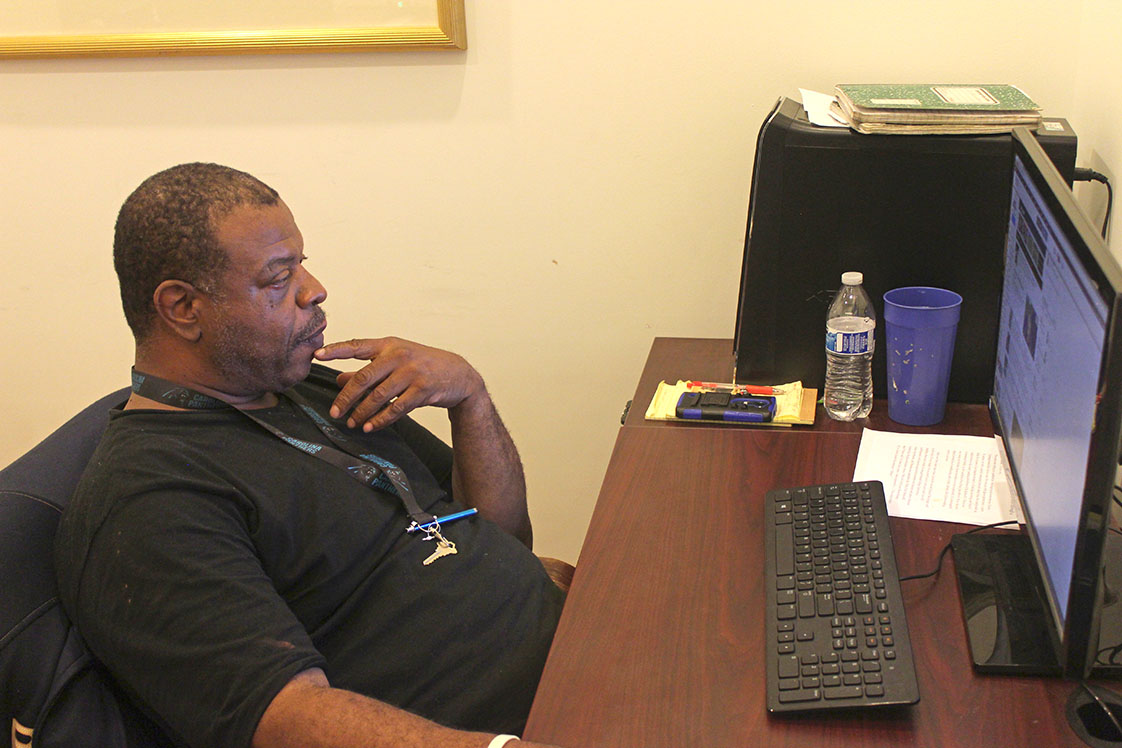 On East Geer Street, a relatively new, flashy yellow two-story building stands out from the rest of the block. The color seems symbolic of the organization housed there. Sunrise Recovery Resources Center, a peer-led organization helps substance abusers turn their lives around.

SRRC is a non-clinical organization and branch of the Alcoholic Drug Council. They are funded by a grant from the Council. 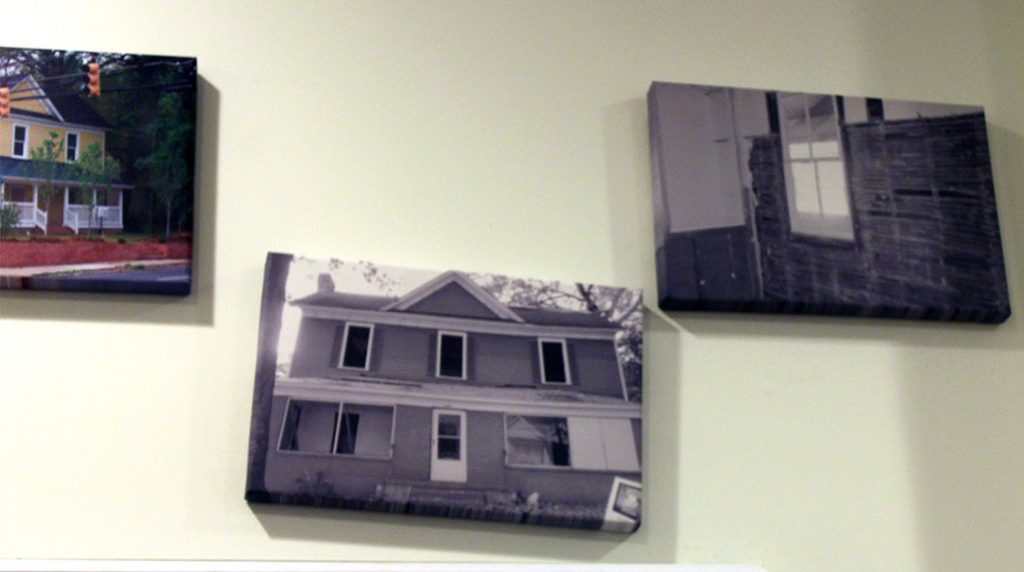 Pictures of the old derelict building before it was restored. (Staff photo by Eric O’Neal)

Daryl Hubbard describes the peer led structure as a place where clients may find help and then eventually be able to give back to others in the same situation.

He points out that TROSA, as a much more established organization, is larger on scale, but operates in a different way in treating substance abuse.

“As a non-clinical facility, our programs require no time or participation commitment,” he said. 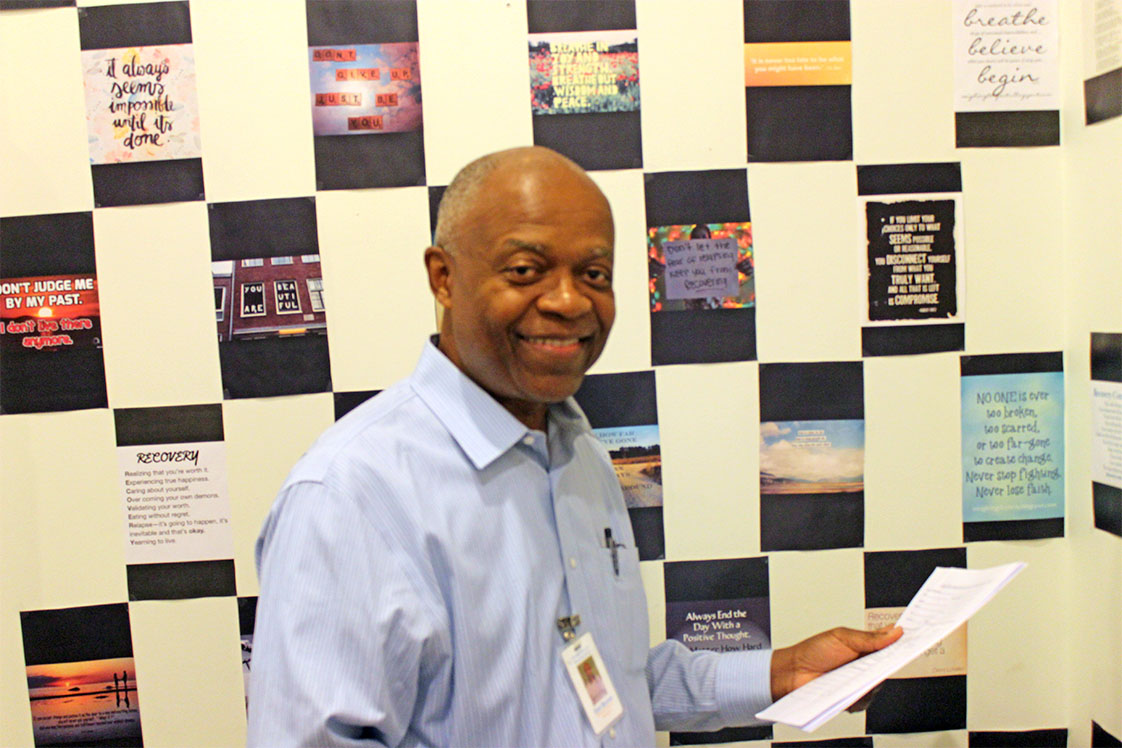 He described the center as a platform of empowerment, where people could come to find resources and referrals to help them with any substance abuse problems.

Jeff Young, Peer Support Specialist, embodies the essence of the idea of peer leading. Mr. Young remembers his past of substance abuse, detailing that he once struggled with alcohol dependency and abuse.

Young started drinking in his mid-teens, and that multiple run-ins with the law and prison time followed after the addiction had started.

After he got out, he contacted and was sent to the TROSA program, where he attended 2005-2007, and graduated with honors. He then went back into the community, where he continued his recovery via other programs while resituating his life.

Two years ago, Young started coming to Sunrise as a client, where he stated he felt comfortable and accepted, and is now employed. “I can sit down and not be judged.”

Now, a glow of sorts can be seen on Young’s face as he says he’s 10 years sober, though he admits he still takes his sobriety one day at a time.

Having a place such as the Sunrise Resources Recovery Center provides platforms for support for life changes, and also a place of comfort for the homeless. 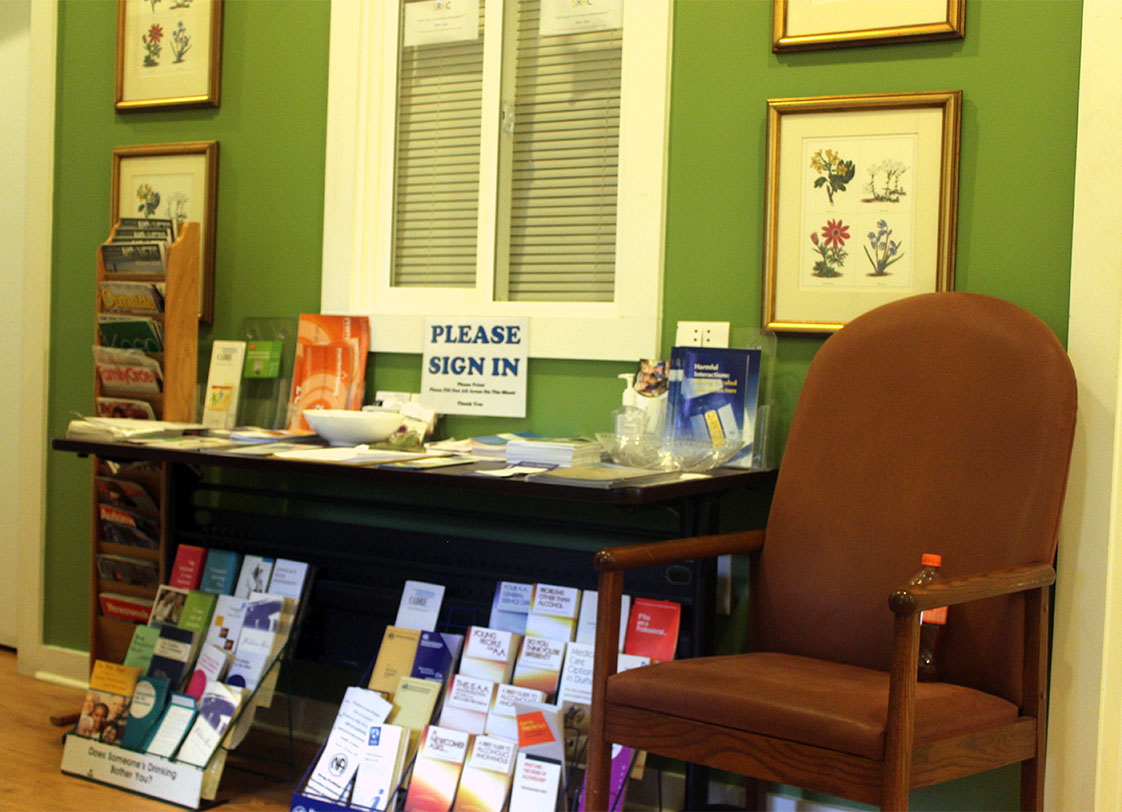 The SRRC reception area is designed to be warm and inviting to those within its walls. (Staff photo by Eric O’Neal)

The center provides many services, including a clothes closet for those who don’t have access to one, a food pantry, and hot plates.

Earl Boone, Center Director, details how the program is outgrowing its building.

“On a usual day, we’re seeing around seven clients,” he said. “However, on some days we may have up to fifteen clients come in.”

“Here, there aren’t any traditional bosses and subordinates,” Boone added. “The system is so to keep equality amongst their work and have versatility among themselves.”

Boone also went into the history of the very building that houses SRRC, showing pictures of the structure in previous conditions. It had previously housed a florist shop, was an apartment building of sorts, and even a crack house before it was redesigned.

This re-purposing of the building speaks volumes of its new functions. “It’s gone from a center of illegal and immoral activity to a center for help,” Boone said, smiling.

Eric O'Neal of Cherry Point is a student at N.C. Central University and a staff writer-photographer for the Durham VOICE.