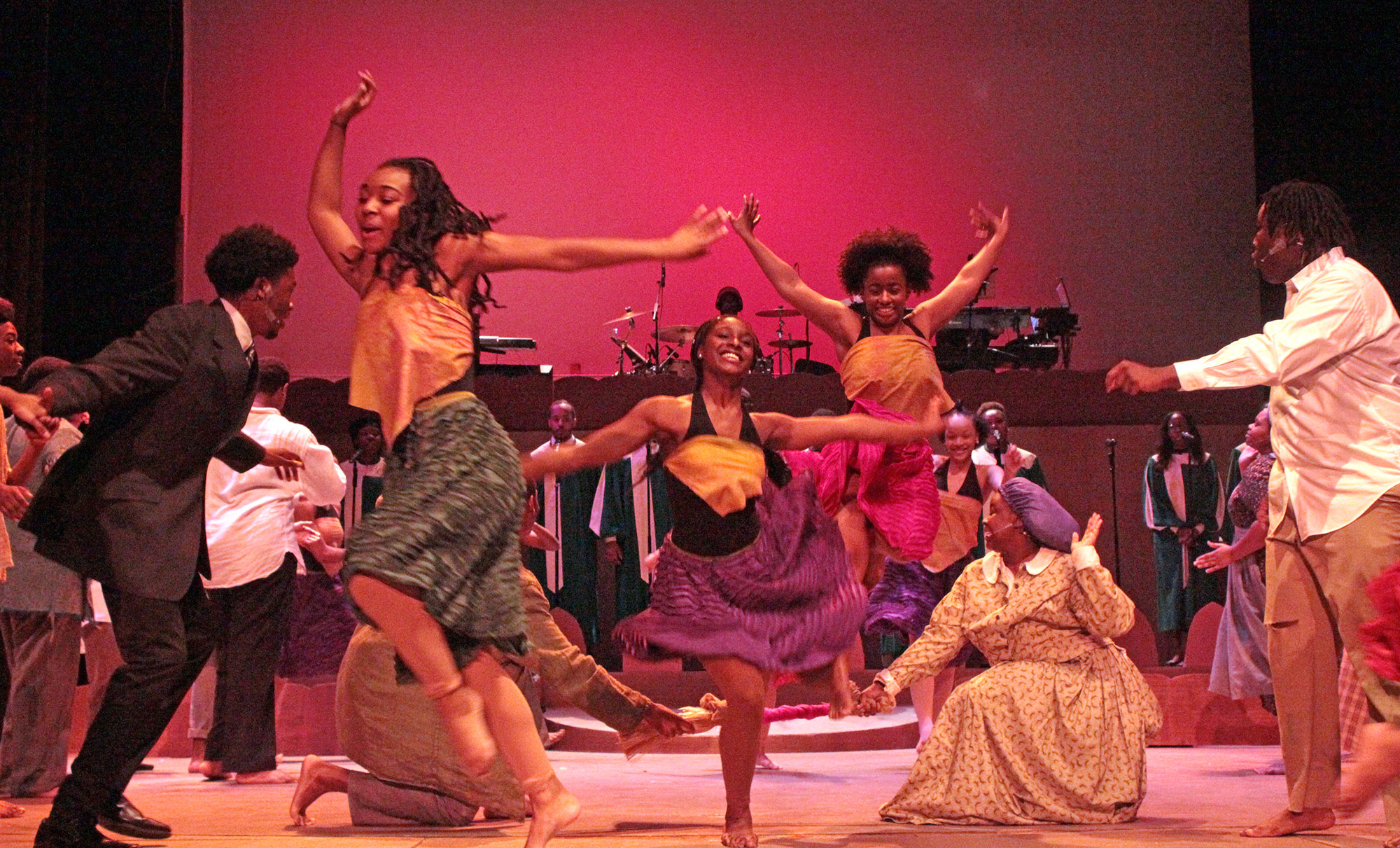 A dance scene from the recent production of "The Glory of Gospel," performed by the Hillside High School Drama Department under the direction of Wendell Tabb. ( Staff photo by Seren Jones)

What is your dream job? Is it to be a world-renowned chef, actor or maybe the CEO of a Fortune 500 company?

Wendell Tabb has been living his dream for the past 30 years helping others reach their full potential. As Hillside High School’s, Drama Director Tabb has cultivated a thriving theater program, helping the many students that come through his door each year. Throughout his time at Hillside, Tabb has witnessed changes in the program, his students and himself. 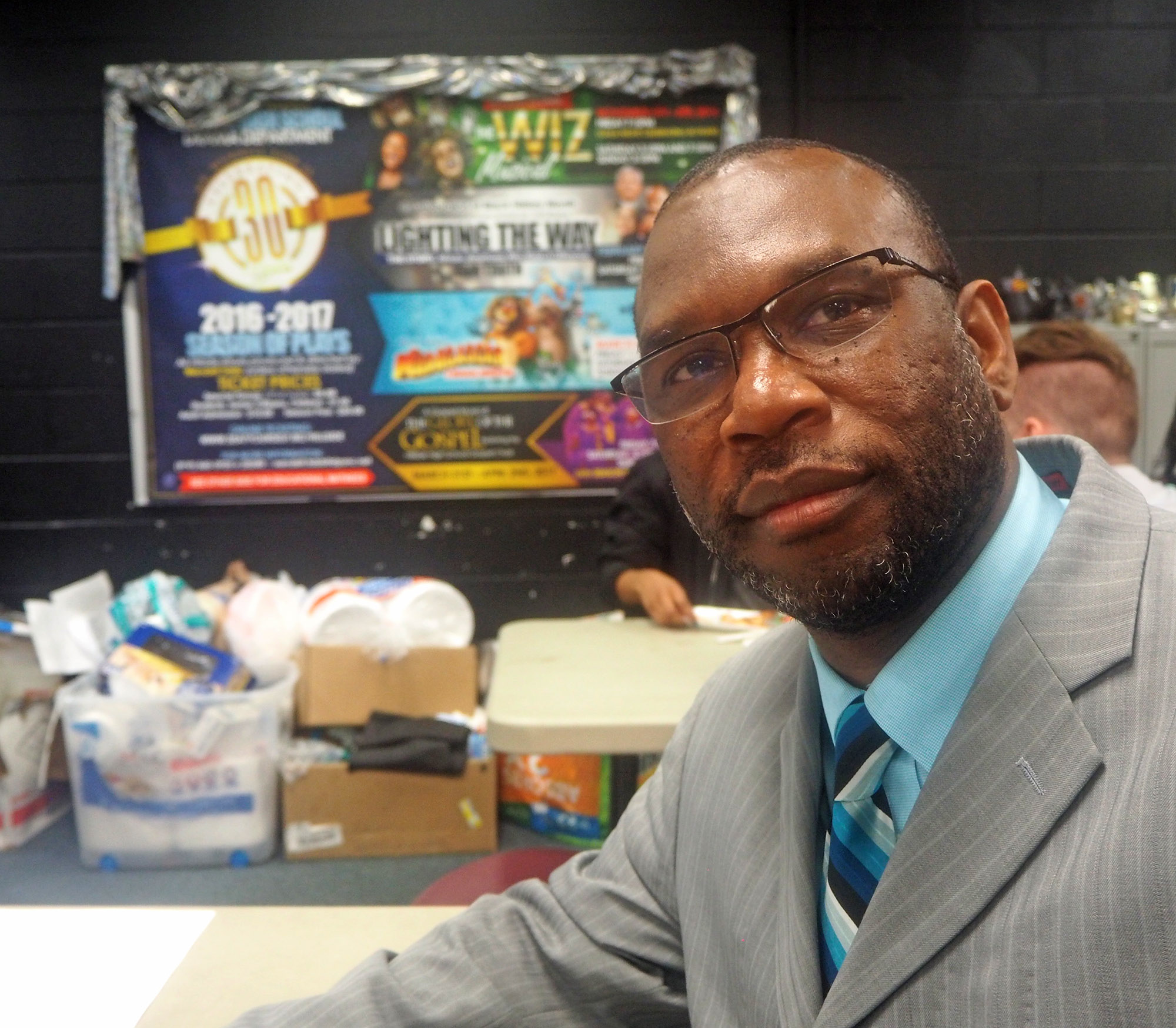 “I’ve enjoyed watching the program grow from its original foundations into what it has become now, especially with its international program,” he said. “Watching the students evolve has been a big thing for me, having them come back and tell me what the program did for them, whether it is in theater or another industry.”

Tabb has spent a majority of his life in the theater, as he started acting at the ripe age of five years old. Despite his frequent participation in church programs, Tabb discovered his passion for the arts after participating once in a play at his Lousburg, N.C. high school. He continued following his passion through his studies and earned degrees in both theater education and educational administration at North Carolina Central University.

“My plan was to go to New York or California to pursue either acting and film or theater once I finished college,” he said. “But when I was in graduate school, a previous colleague asked me to take over the theater program in Hillside.

“So I started in 1987, planning to only stay for one year, which quickly increased. I decided to put together a five-year plan of what I wanted to accomplish at Hillside, and it was very challenging. But it was so challenging that I enjoyed it.” 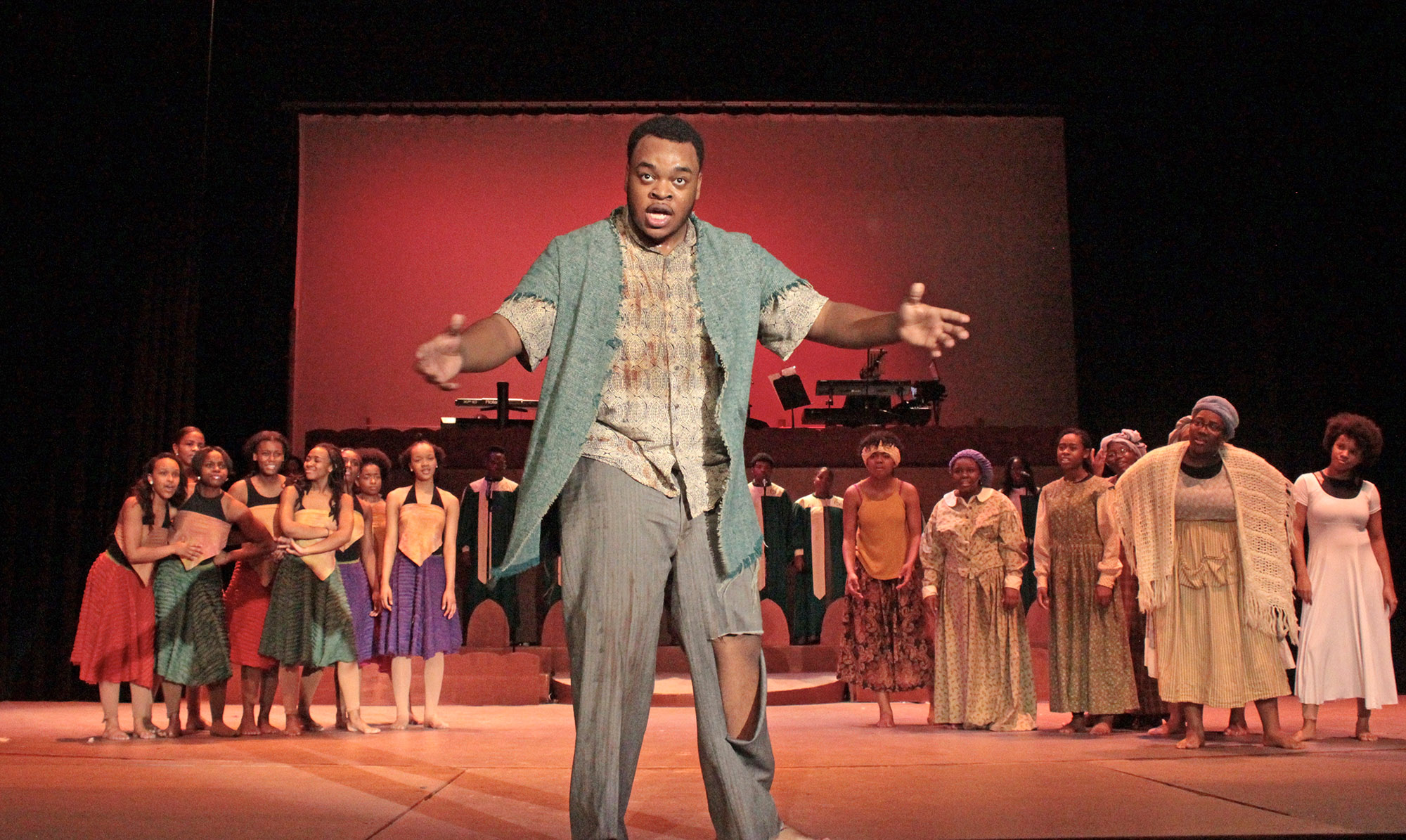 Hillside’s theater program has evolved throughout its existence, earning accolades and prestige as it has developed. Over his time at Hillside, Tabb has spurred growth by creating new innovations, such as the Hillside International Professional-Student Theatre Exchange and the Celebrities in the Classroom program. ­ These programs touch countless lives through skills and lessons students learn.

“It has been wonderful to watch the program grow from perhaps two plays a year to four,” he said. “In the beginning I had maybe 20 active kids in the program; now I have 100, and that is a major accomplishment for the program.

“There has been a lot of work from past students and teachers in the program. I love talking to the alumni because the program wouldn’t be where it is if it wasn’t for them and all the late nights over the years.”

Nichole Gibbs is one of the many successful graduates of Hillside’s drama department, describing it as an influential program in the community. She completed the program in 2003 after taking on many roles, including participating in the international program.

During her college years, Gibbs worked as an educator with Tabb. Now a high school teacher in Wake County, she still supports the Hillside drama program, bringing her own children to see productions. She takes pride in the experiences, life lessons and experiences she gained from the program. 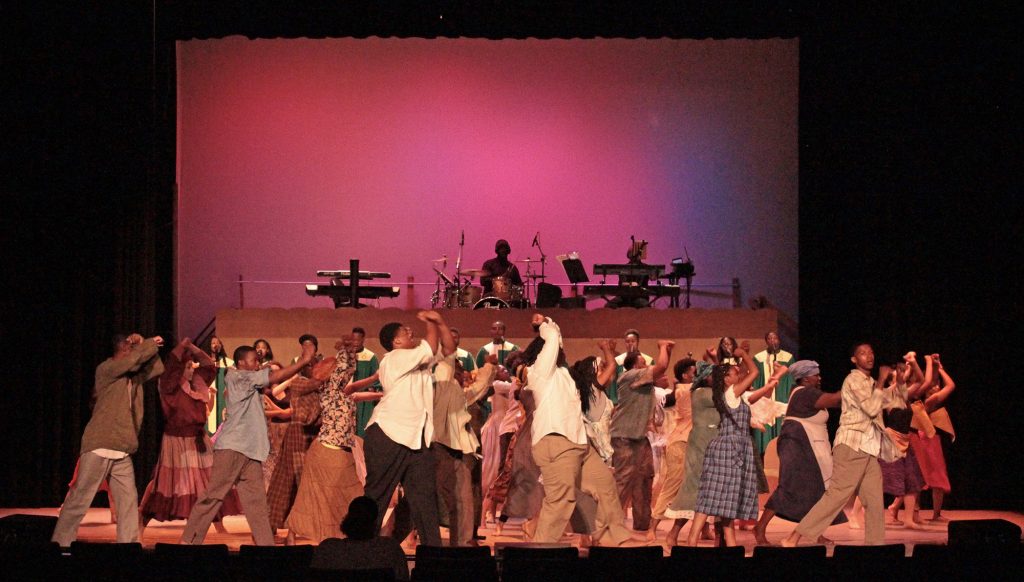 “He’s saved lives without even knowing it by offering theater as an outlet for students and community members to express themselves,” Gibbs said. “It has helped them overcome life’s hurdles and to shine bright like the stars he always says we are, even when we didn’t believe it ourselves.”

Veronique MacRae, a 2000 graduate from the program and owner of V. Lash Production, “I’ve owned my theater company now since 2005, so when I had ended up in Mr. Tabb’s class as a fluke, I remained on that track,” she said. “In his class I learned to be humble, honest, truthful and open, which are not only things you need and use on stage, but they’re foundational points for life. The program really helped shape me as a person through the lessons I learned over the years.”

MacRae returned to Hillside for Tabb’s 30-year anniversary production of “The Glory of Gospel” and was surprised by the caliber of talent and professionalism the current high school students display.

“Seeing the students there on stage, I think they could take over any professional theatre right now,” MacRae said. “Their level of experience and dedication is sometimes not even seen in adults, who have been in the business longer than they’ve been alive.”

Lawrence Evans, a New York-based actor and celebrity coordinator for the National Black Theatre Festival, was both surprised and delighted at the level of dedication and talent of the students.

“I met Mr. Tabb through the National Black Theatre years ago, but this is my first time at Hillside, and I’m really impressed with the body of work that has been done here over the years,” he said. “He’s done ‘Purlie Victorious,’ which was the first play I saw and was what made me decide to become an actor. This program gives students a real view of the business side of show business, showing them why they should be going into it in the first place, and it’s because you have a love and passion for it.”

A theme from many of Tabb’s students was their appreciation for the quality and real world emphasis that the program provides. A Hillside alumnus and current Yale School of Drama student Lauren Banks stated, “He taught us to have a high level of professionalism and work ethic, which has allowed me to set myself and other students apart from others in the industry.” 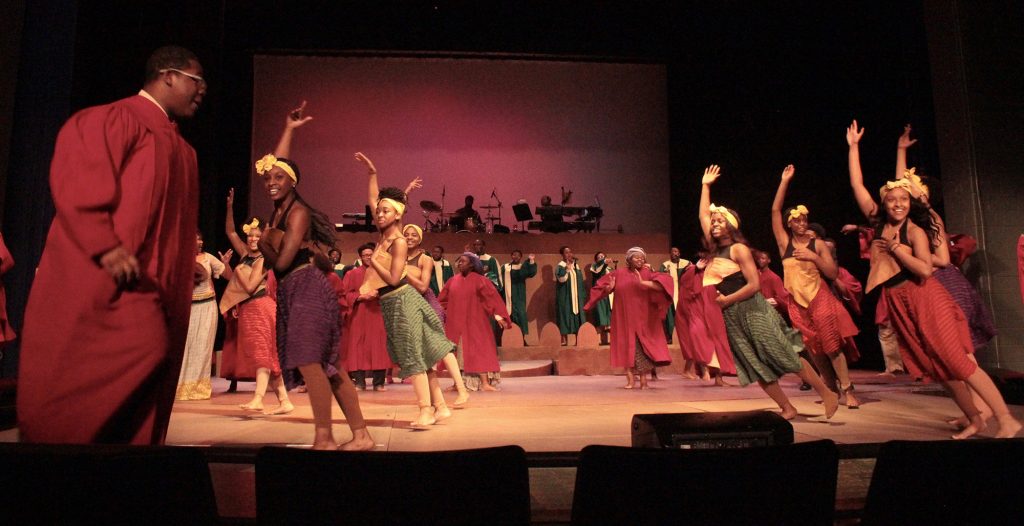 Mckenna Lea is an international exchange student from the University of Queensland,, Australia. A junior communications and journalism major, she is serving with the Durham VOICE as a staffwriter-photographer.