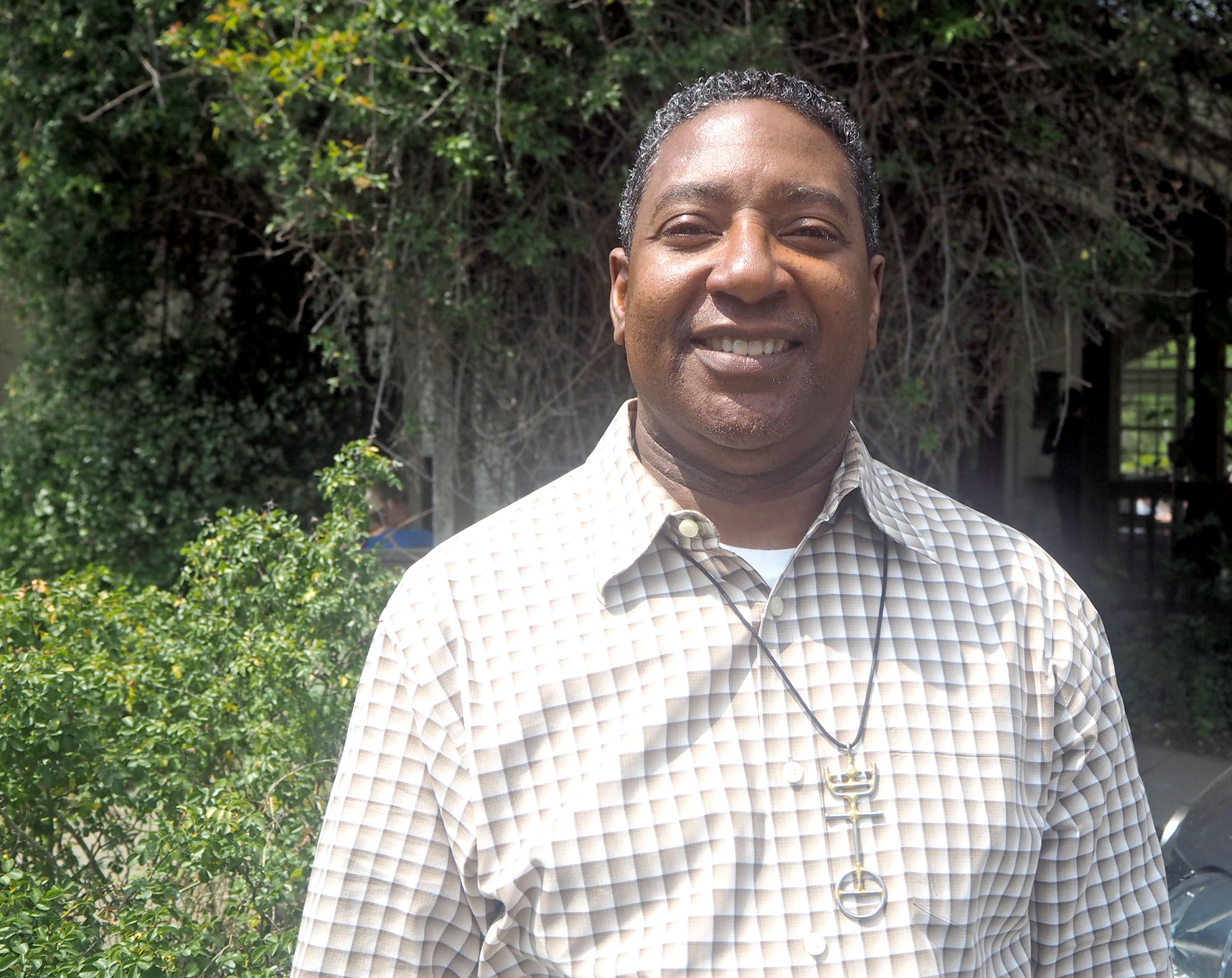 Jimmy Gibbs, ACRA president and a minister in Durham, has experienced HIV and AIDS in all facets of his life. (Staff photo by McKenna Lea)

After 30 years of service in the Durham community, the AIDS Community Residence Association (ACRA) has helped many individuals and their families live with HIV and AIDS.

Located in South Durham, ACRA Durham provides education and innovative housing for their residents. ACRA currently has two “scattered site” housing facilities which allows residents to live more independently and creates more integration with the community, according to the ACRA website. This innovation allows ACRA to educate and reduce stigma in the community while giving residents the independence that modern medicine has come to allow.

The only full-time staff member in ACRA, Brenda Ruffin, has been able to change many lives as well as develop the role of ACRA in the community.

“ACRA started in 1987 in response to the amount of people coming to Durham with HIV and AIDS,” she said. “During this time, we had an influx of people because so many were literally dying at that time.”

ACRA president and local minister, Jimmy Gibbs, has seen the evolution of ACRA and the HIV-positive community firsthand.

“ACRA is an organization that was founded in the 80s by a group of women who found the need to provide housing and supportive services for people with HIV and AIDS,” he said. “They founded the first 24-hour care facility off Guess Road in Durham for these people who were terminally ill.

“A lot of these guys quit work or school because 25 years ago, that was the first thing you did after being diagnosed,” he said. “But today, the problem is the ‘what’s next’ because the illness is now manageable. Many people didn’t think they’d live this long, so they’re now thinking about their future, the effects of aging and further education.”

HIV and AIDS have affected Gibbs throughout his life, helping shape him as a person. He continues to help people who are diagnosed with these diseases and is passionate about finding a cure.

“When my best friend was affected by HIV, I became his caregiver,” he said. “Elijah was an extraordinary person, but I didn’t even know he was sick until he already had full-blown AIDS, and in the 80s, people died very quickly from this.

John Richardson, 63, who was homeless in Raleigh, has not only seen the impact ACRA made in his own life when he was diagnosed with HIV, but he has also been able to see the change and impact the organization has made in the Durham community as a whole.

“I’ve been at ACRA since it first started, and I’ve had a very good experience here,” he said. “I make sure I take my medication, eat well and try to always enjoy life, which is very easy to do here.

“ACRA saved my life because without this place, I don’t know what I’d be doing today,” he said. “They do programs and events like their cookouts and meetings, which are really nice. They have a really good safe haven here.”

“ACRA’s role today is to keep doing what we have always done, which is serve an underserved population, and, if I say so myself, we are doing very well,” Ruffin said. “We are still the only housing-specific organization in the area and, along with better funding, we would really like to do more in the community.”

To get into contact with ACRA regarding help or education please visit their website at www.acradurham.org or call Brenda Ruffin at (919) 973-4369.

Mckenna Lea is an international exchange student from the University of Queensland,, Australia. A junior communications and journalism major, she is serving with the Durham VOICE as a staffwriter-photographer.