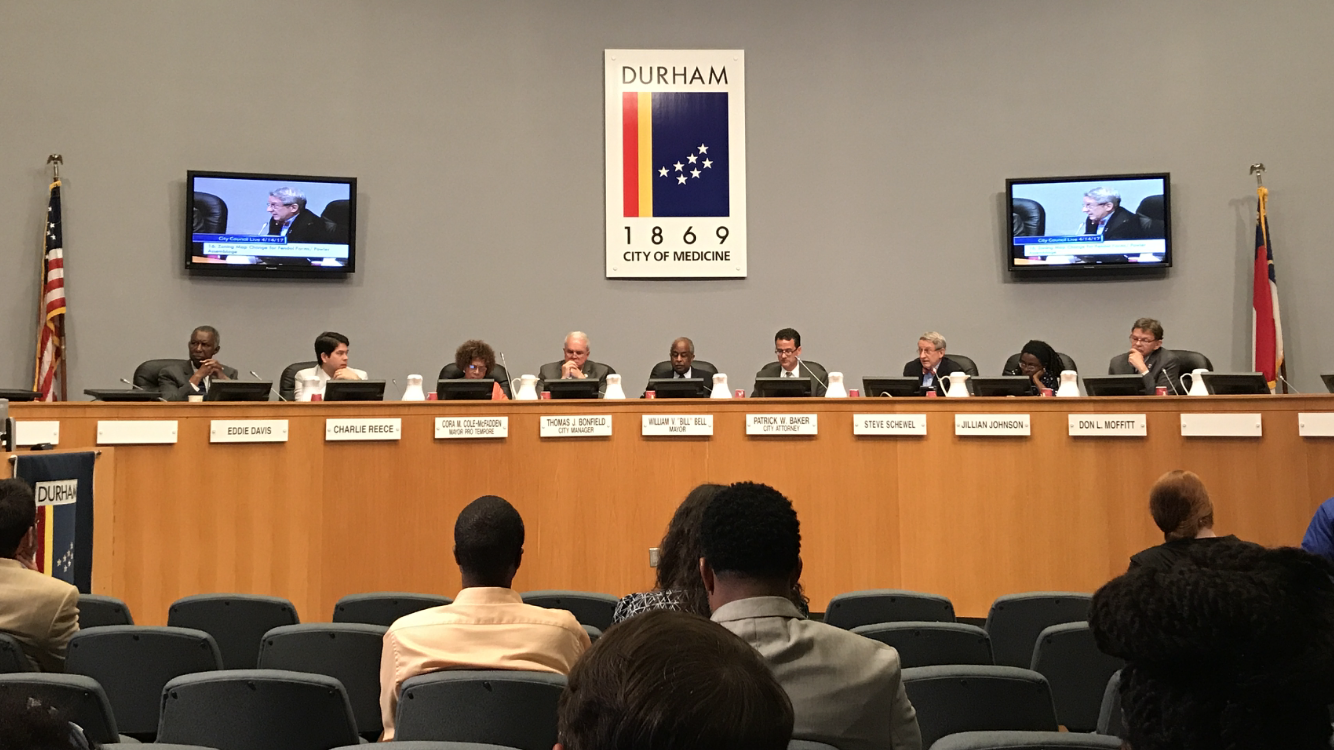 The Durham City Council unanimously voted 7-0 to fund the education task force of the Mayor’s Poverty Reduction Initiative, now known as the 10.01 Transformation in Ten (T2) Initiative, at its April 17 meeting.

The education task force will receive nearly $32,500 to assist in its new initiatives, Advancing Educational Outcome and Opportunities (AEOO) and PostSecondary Persistence (PSP).

Both initiatives will provide resources to students that they might not have without such funding. AEOO works to give opportunities such as mentorship and health programs to low-income students in Northeast Central Durham while PSP aims to increase the number of students who will attend college or have other educational experiences upon graduating from high school, according to a budget resolution from city officials.

When the city initially passed its budget, the council set aside $200,000 to later fund the various task forces.

City administrators recommended the council budget $32,452 for the education task force, far short of the $275,000 the task force requested, yet on par with the amounts other task forces have received from the total sum.

The T2 initiative works to alleviate poverty throughout the Northeast Central Durham community by improving six areas of life – health, education, public safety, finance, jobs and housing – each having a task force comprised of community members and leaders.

The VOICE previously interviewed Mayor Bell on his legacy as mayor, during which time he talked about the state of the initiative come next year, when a new mayor and council will be in office.

When Bell unveiled his idea at his 12th annual State of the City address in February 2014, he acknowledged the initial plan would rely on volunteer support. Now, the project continues to gain more and more financial support from the city.

“If it’s instilled in the budget, then hopefully, future councils will continue to support it,” Bell said in his earlier interview. “If they institute it as part of the budget and (it is) working, then they will continue (to fund the initiative).”

Apart from the above-mentioned $200,000, the council had chosen to fund a position within the health task force to assist those in the community, another position within the Durham Police Department to serve as a community liaison officer in order to improve police-community relations and another position to assist with general implementation of the initiative, according to the city’s 2016-17 budget.

“I think it’s a great initiative, I think it’s really important, and I support it,” said Councilman Steve Schewel, who serves on the finance task force.

Pierce Freelon, a social activist and hip-hop artist who grew up in Durham, spoke about the need to use funds to address poverty.

Both Schewel and Freelon intend to run for mayor, as does former city councilman Farad Ali.

“I think that a serious commitment to eradicating poverty – if that’s the goal – is going to take a significant investment,” said Freelon.

“You can just look at where money goes,” he said, pointing at the Durham skyline. “They don’t play when development is concerned.”

Schewel and Freelon agreed the community will likely dictate any reforms to the T2 initiative after Bell leaves office.