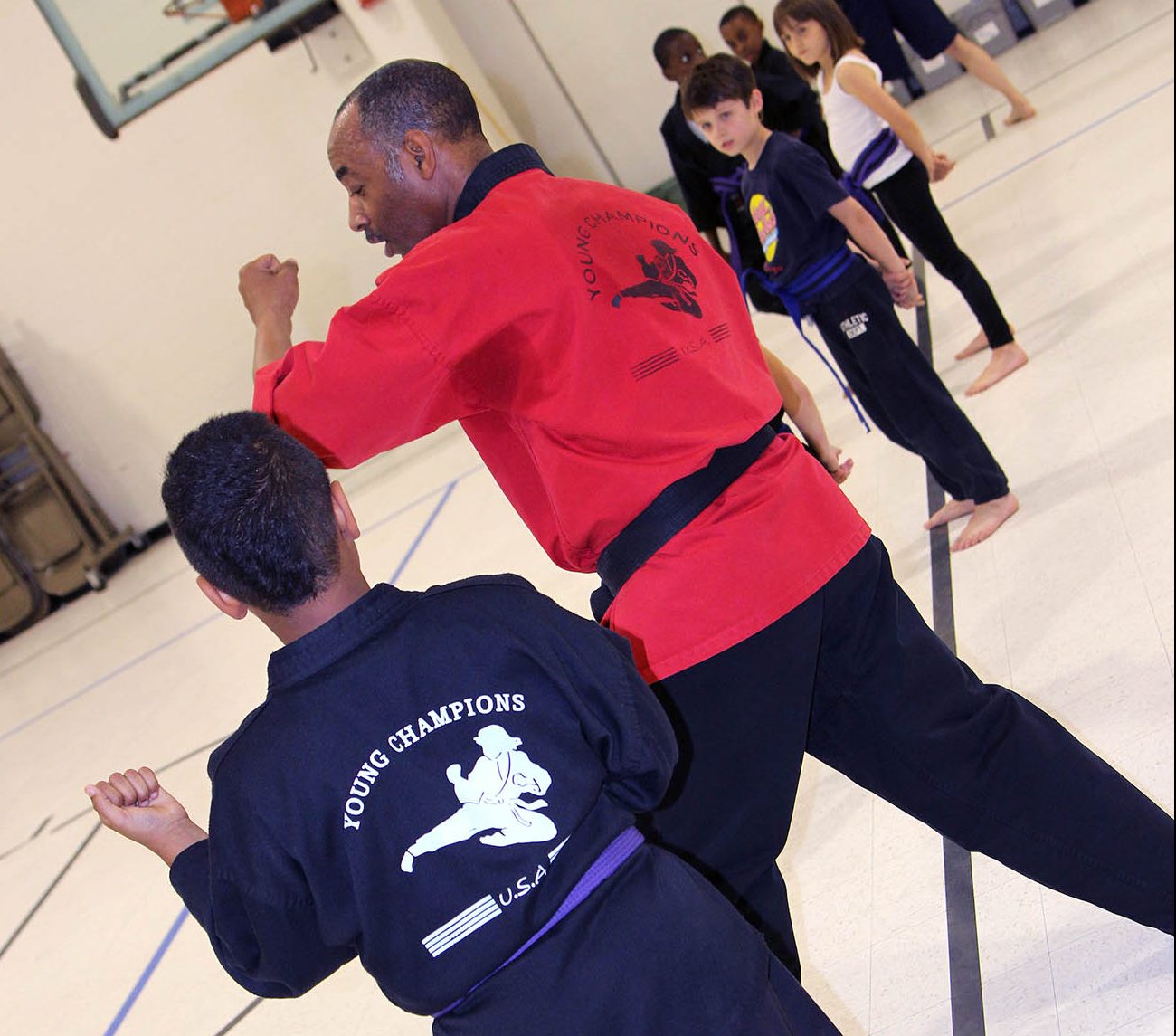 Master Derrick Richardson was inducted in the Black Belt Hall of Fame by the World Karate Union in 1998 and the U.S. Martial Arts Hall of Fame in 2012. Here he reminds his students the proper way to block during sparring practice. (Staff Photo by Carlton Koonce) 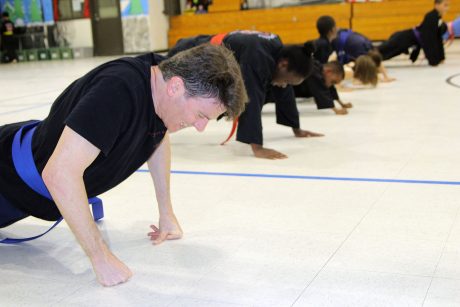 Physical fitness is important in any sport and martial arts are no exception. Each class begins with warm-ups including push-ups, jumping jacks and bunny hops that even parent-helpers like Robert Morrison take part in. (Staff Photo by Carlton Koonce)

Richardson, 55, has been teaching kids for about three years through an organization called Champions in Motion.

Richardson was born in Durham, and along with his parents, two sisters and two brothers, moved to Newark, New Jersey, when he was five. He grew up a “regular New Jersey kid” in that his mother worked at a warehouse and his father drove buses to support their family. 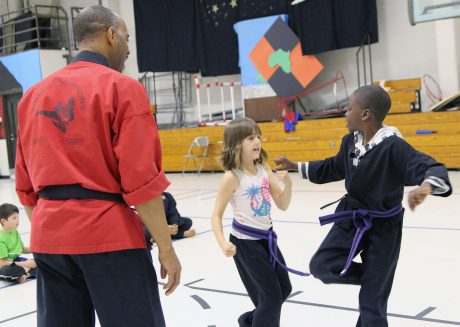 “Bully beware. Stranger beware.” the Master constantly says. The advanced students, purple belts or higher, work on real-world fighting techniques, complete with rolls and other evasion techniques that include fighting off one or multiple opponents at once. (Staff Photo by Carlton Koonce)

He had no “easy life” and said growing up around “gangbangers” caused a majority of his friends to fall into crime. Richardson went on to work as a corrections officer and now as a security guard.

After reading a library book on basic karate at age 9, he felt like he found a passion.

“The library introduced me to the martial arts,” he said. “The rest is history.”

Richardson gained his black belt, or Shodan, when he was 17 and after high school joined the Navy. After leaving the military, he and a partner started a dojo, Ninja University, in Irvington, New Jersey.

The school is still open today.

At Southwest, his classes are Monday at 5:30 p.m. for beginning students (white and yellow belts) and switch out every hour after for more advanced belts (green and above).

Richardson said part of his mission is to empower youth.

Often you can hear him call out to students in class:

“Because I am great,” they say.

Master Derrick prepares one of the class’s older students, Dominic Morgan, 14, to spar. Competition is where students discover how their skills match with other martial artists. Morgan competes in national competitions almost monthly. Recently in Virginia Beach, Va., he won a couple of first-place prizes. (Staff Photo by Carlton Koonce) 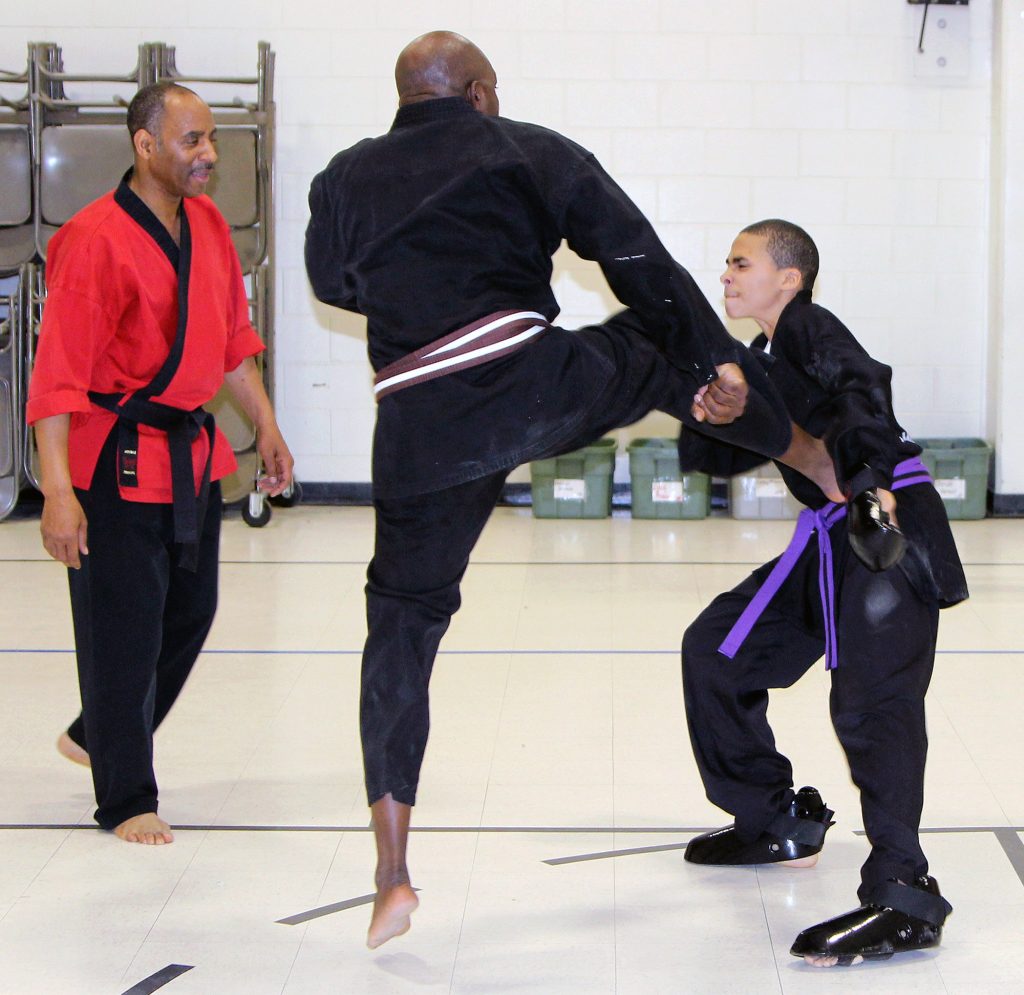 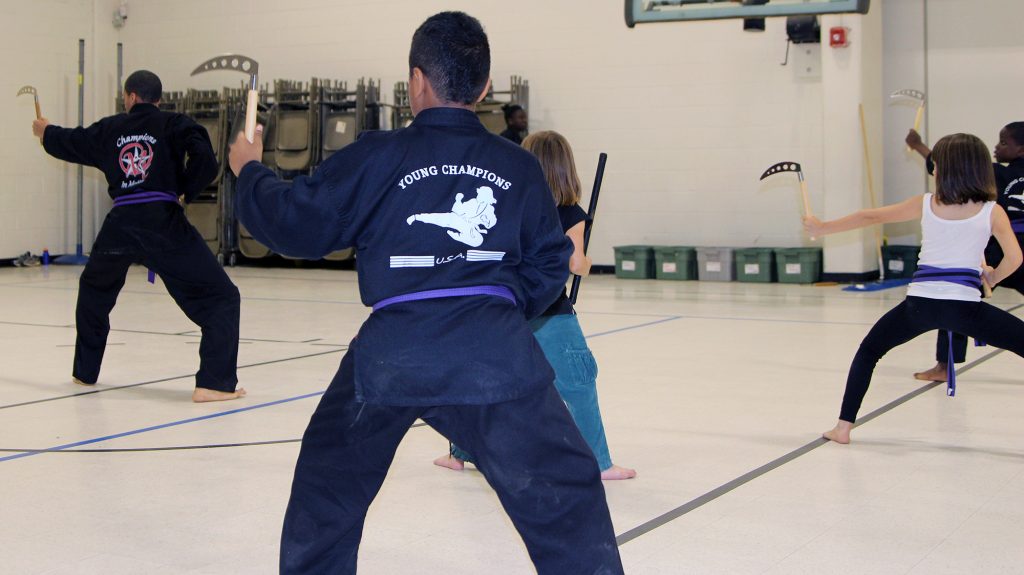 Kata is a Japanese word that describes a choreographed training exercise routine for martial arts. Students practice their kata each class to make the movements a part of their daily lives. (Staff Photo by Carlton Koonce) 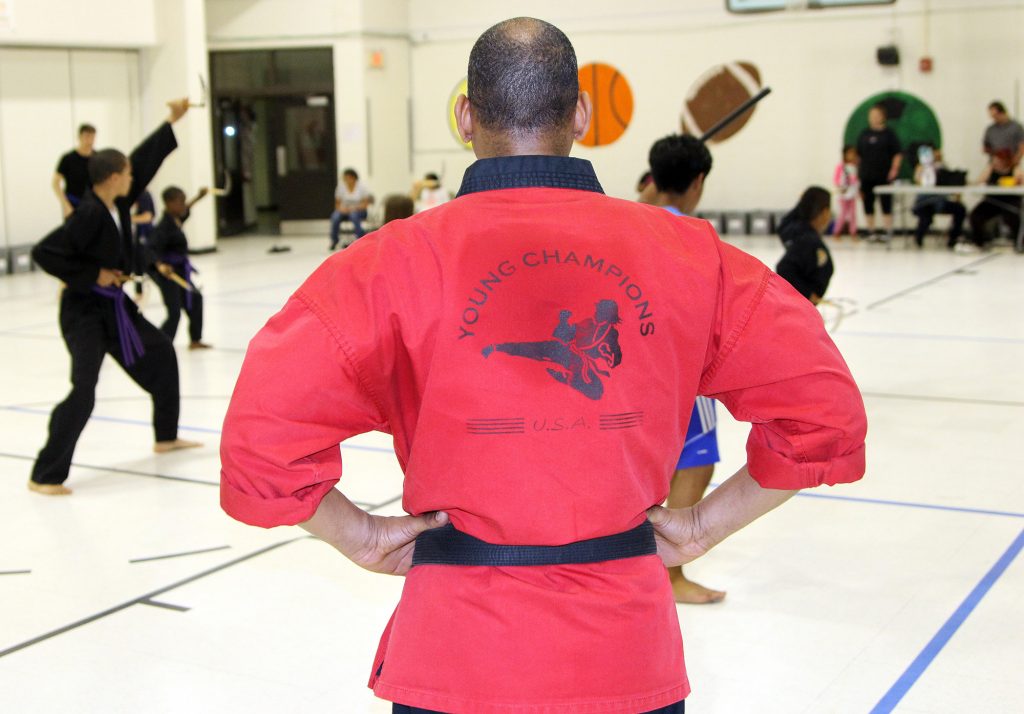 The Master keeps a watchful eye on all his students during class, being quick to correct a wrong technique. He teaches his students to believe in themselves, their discipline and their abilities. (Staff Photo by Carlton Koonce) 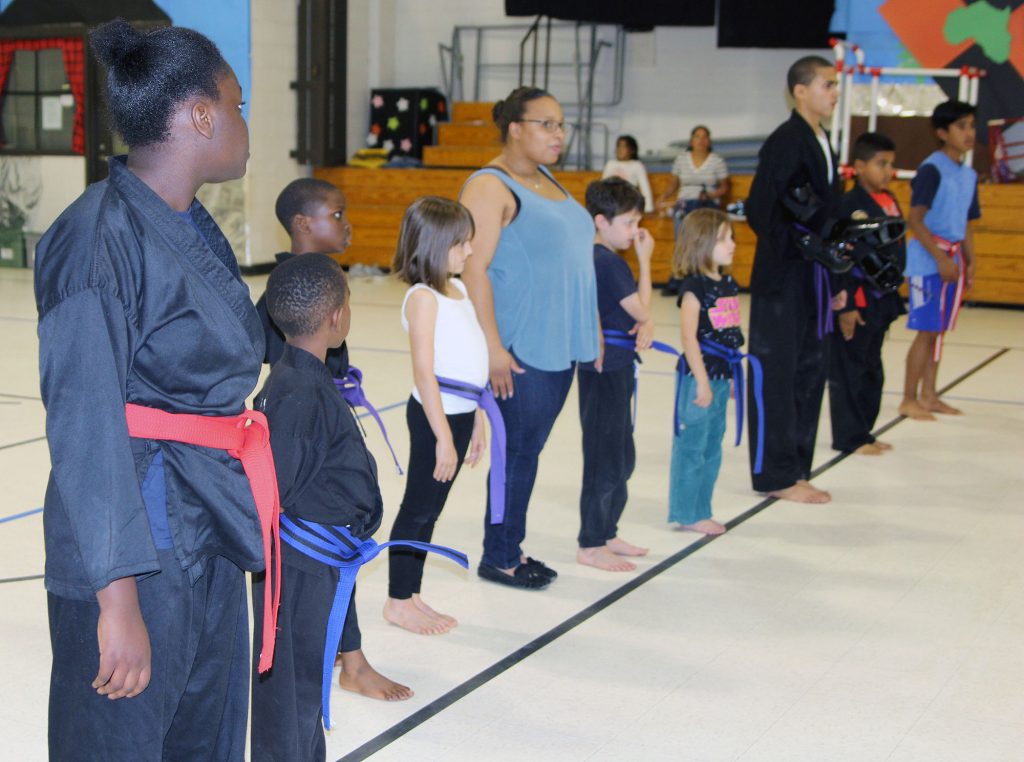 At the end of each class students must recite the creed that includes promising to practice, obey parents, do homework and chores. Class often closes with students repeating after Master Derrick: “Evil is fast but good is faster. And I am very good.” (Staff Photo by Carlton Koonce)