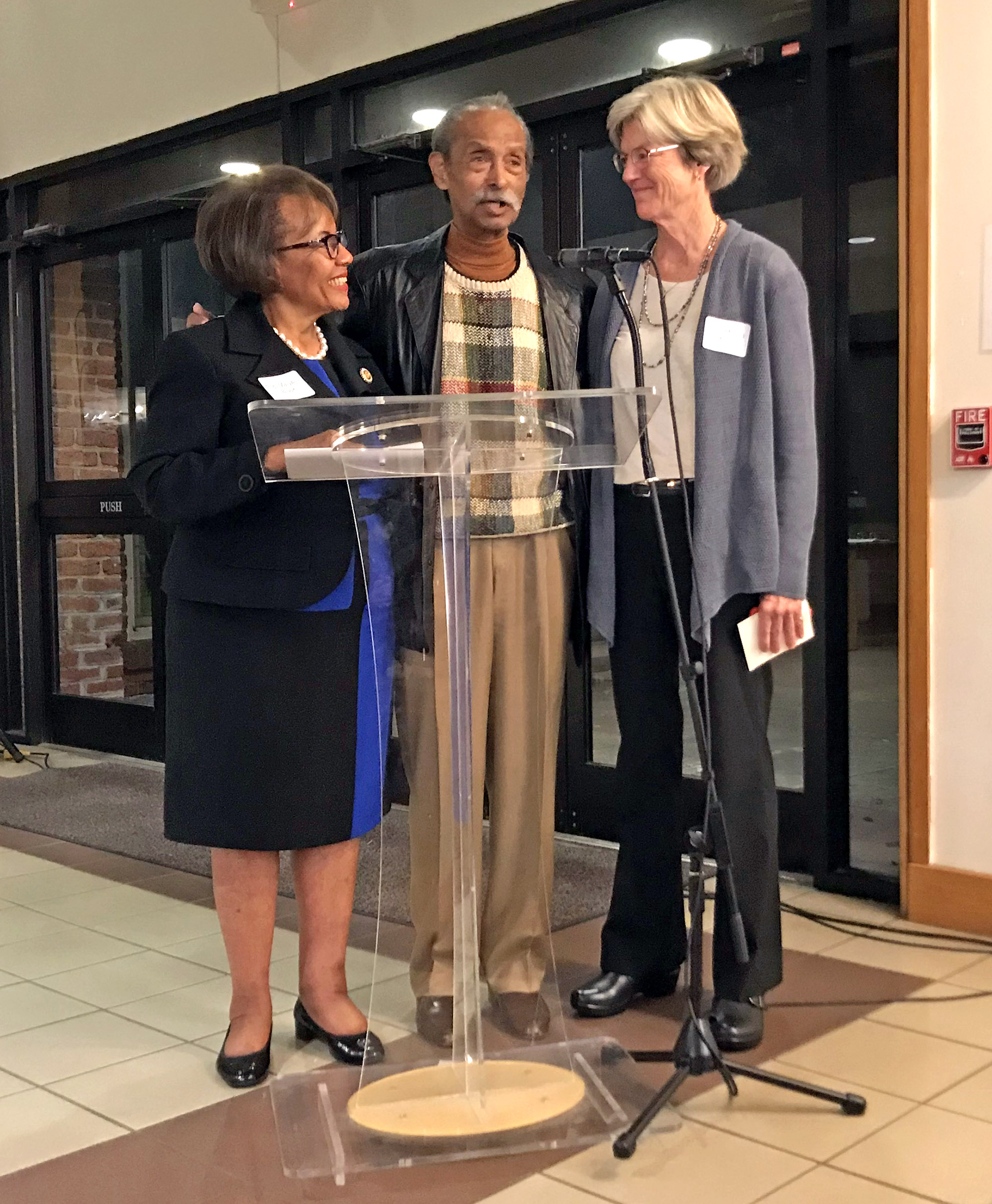 With all the well-dressed attendees and live band, one could be forgiven for mistaking Rep. MaryAnn Black’s fundraising event at the Hayti Community Center for a jazz club last Thursday night.

Black has represented District 29 in Durham County since February of this year, after Governor Roy Cooper appointed her to the seat. Despite her short time in the House of Representatives, Black is no newcomer to politics. She served as a Durham County Commissioner for 12 years, beginning in 1989. However, the roles of a commissioner and a state legislator are widely different, and Black said she didn’t say yes to the appointment immediately.

“I found that there was an opportunity to help people on a larger scale in that position,” she said. “So I accepted.”

Next year will be Black’s first campaign for the NC House of Representatives.

Since North Carolina still governs with a part-time legislature, Black remains on staff at the Duke University Health System as the Associate Vice President for community relations. Given this experience, Black currently serves on the Health and Human Services Committee at the General Assembly.

Larry Hall was previously holding the seat, but left after being appointed North Carolina Secretary of Military and Veteran’s Affairs by Cooper.

Two of Black’s fellow legislators from Durham County, Rep. Mickey Michaux of District 31 and Rep. Marica Morey of District 30, were in attendance. Michaux is a veteran Durham lawmaker and has served in the House of Representatives since 1983. He said when Hall vacated the District 29 seat Black was the first person that came to his mind as a potential replacement.

“She brings a lot of experience and a lot of knowledge,” he said. “Durham is in good hands.”

In his introduction speech, Michaux compared Black to a triple threat football player — one who is an excellent runner, passer and kicker. Michaux said Black’s time as a Durham County Commissioner, a social worker and a faculty member at Duke University creates a trifecta relevant experience for a legislator.

Lastly, he offered Rep. Black some advice: “Learn the rules. Don’t be shy, and always talk to the people,” he said.

Black thanked Michaux for his guidance during her first term in the House.

It seems Black has taken Michaux’s lesson about ‘talking to the people’ to heart. She said her district contains some of the wealthiest and poorest parts of Durham. This divide is clear when looking her district’s map. Black has constituents living near the Southpoint Mall as well as the historic Hayti neighborhoods.

“People have literally died for the right to vote,” said Deloatch. “I come from a place where people would not even imagine not voting.”

Deloatch said Durham is facing other pressing issues including affordable housing and a growing wage gap.

“I’ve been in Durham since the 1980s,” said Deloatch. “MaryAnn is among the handful of people who have been working hard for my entire time here.”

Black said while she has experience in elective office, serving as a representative required some getting used to.

“The House is 120 people, instead of just five county commissioners,” she said. “Everything works off relationships. You’ve got to build connections with the right people.”

In her time in the legislature Black has sponsored 13 bills, and was the primary sponsor on six of those. Her primary sponsored bills include the Families’ Stabilization Act, which sought to require equal pay for employees doing equal work in the same establishments, and the repeal of the North Carolina death penalty. Both have yet to become law, but are both in the House Committee on Rules, Calendar and Operations.

She said her priorities going forward are providing affordable housing for the working poor in Durham and working to expand Medicaid throughout North Carolina. Given that Black is in the minority party, she said that making these priorities into actual legislation is challenging. She said this requires her to work to find common ground with Republicans across the ideological aisle.

“In order to get things done, you have to find people you can work with on a specific issue,” she said. “Though you might not agree with them on many other things.”

Black does not currently have an opponent in the 2018 race, but as of Thursday night her campaign for election is officially underway.