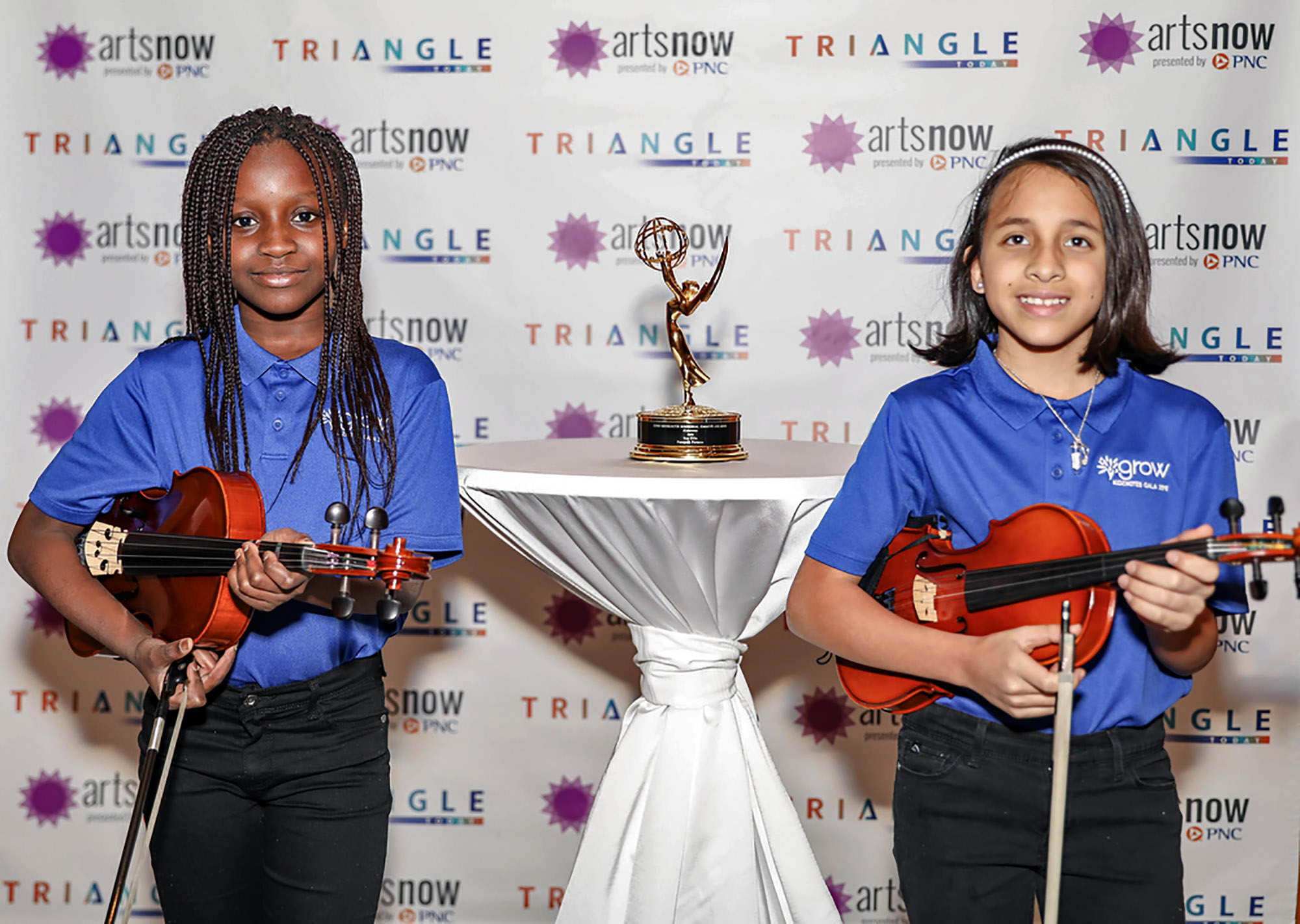 Nick Malinowski is in the profession of changing lives through music. He never imagined that his job would land him on a stage in Nashville, accepting an Emmy Award on Kidznotes’ behalf.

Malinowski, the executive director of the Kidznotes program, is a North Carolina native who has a passion for kids and accessible music education. When the job of executive director became available, Malinowski couldn’t pass it up. He believes in the mission of Kidznotes and hopes to see the program grow from the coast to the mountains.

“I’m an opera singer by training and an educator by vocation, and I’m really drawn to the mission of Kidznotes,” said Malinowski. “It was such a great opportunity because it combined my passion and love for music with an ability to make a difference in a community and a state that I really care about and grew up in.” 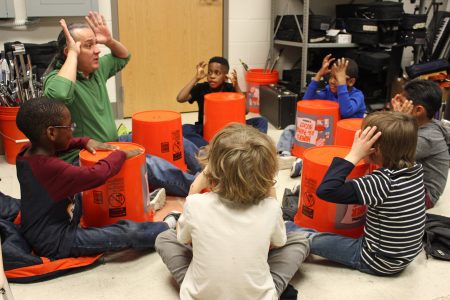 Rosendo Peña teaching a bucket band percussion class during the Saturday session at Kidznotes in Durham. Peña originates from Venezuela and has worked with El Sistema. (Staff photo by Kelcie Frye)

Kidznotes is a program inspired by El Sistema, which is an international movement of music for social change that started in Venezuela in the 1970s. Since then, hundreds of thousands of young people have gone through programs that provide completely free, intensive classical music training.

“Kidznotes was very fortunate to partner with Foothpath Pictures,” said Malinowski. “Footpath
Pictures is run by Ray and Susan Ellis who really care about making films that tell stories about organizations and people who are doing good and making change in the world.”

[Watch the Kidznotes documentary “The Music Inside”]

Two years ago, the Ellis’ began the process of making a documentary about the Kidznotes program. They followed around four young people in hopes of getting a glimpse into the program through the eyes of its students. The end result was the Emmy Award-winning film, “The Music Inside.”

“It’s a really beautiful film and when Ray had the opportunity to submit it for a regional Emmy, he did so not expecting it to win,” said Malinowski. “But it is such a beautiful film that it wasn’t a surprise at all to me.”

The 32nd annual Midsouth Regional Emmy Awards ceremony was held at Music City Center in Nashville. It recognizes excellence in television with Emmy Awards going to organizations in a variety of categories.

After finding out about the Emmy nomination, Malinowski knew he had to attend the ceremony. Even if the documentary didn’t win, it was a night he didn’t want to miss. Sitting in a beautiful ballroom, surrounded by thousands of the region’s most talented people, he heard those coveted words: “And the Emmy goes to… Kidznotes.”

“We were one of five nominees up against some really great competition and when they called the name for Kidznotes, it was just such a beautiful moment,” said Malinowski. “It was an honor to just be there with Ray and Susan, who had made this beautiful film, but then to get to share that moment of winning with them was just great.”

Malinowski had heard that you are supposed to hold the Emmy very daintily by the base of the statue but in the winning moment, he said all of those rules went out the door. 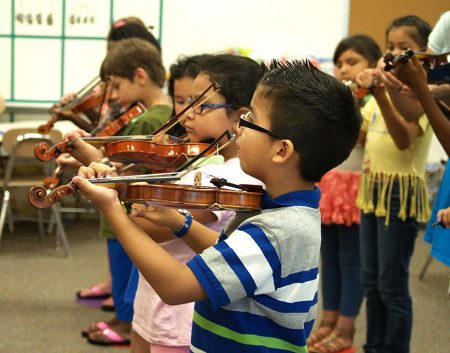 Students come to Kidznotes four days a week for almost 10 hours of intensive and fun music instruction, both in orchestra and choir. (Photo courtesy of Kidznotes)

“When we won, I just grabbed it right around the waist and I was probably swinging it around not very elegantly,” said Malinowski. “It was such a thrilling moment and you really can’t prepare for what that is going to feel like.”

Malinowski said that he is always ready to talk about Kidznotes at a moment’s notice. All he needs is 10 seconds and an audience to sing the program’s praises.

“It seemed like the right and natural thing to do is to thank the kids and the families who were in the film because that’s what it is all about,” said Malinowski.  “Then I mentioned that I wanted the kids to continue to ‘Tocar y Luchar’ which is the Spanish motto of El Sistema.”

The motto means to play and to fight or to play and to strive. Malinowski says that this was important for him to include in his speech because programs like El Sistema and Kidznotes are not just about music. They are about changing the world.

The Emmy statue is now with filmmakers Ray and Susan Ellis, but a commemorative statue is in production and is set to be on display in the Kidznotes office.

Kidznotes is continuing to grow and expand. Malinowski said that in addition to their offices in Durham and Raleigh, they also have plans to serve students in Chapel Hill by next year. Their long-term mission is to serve every major area of poverty in the state of North Carolina.