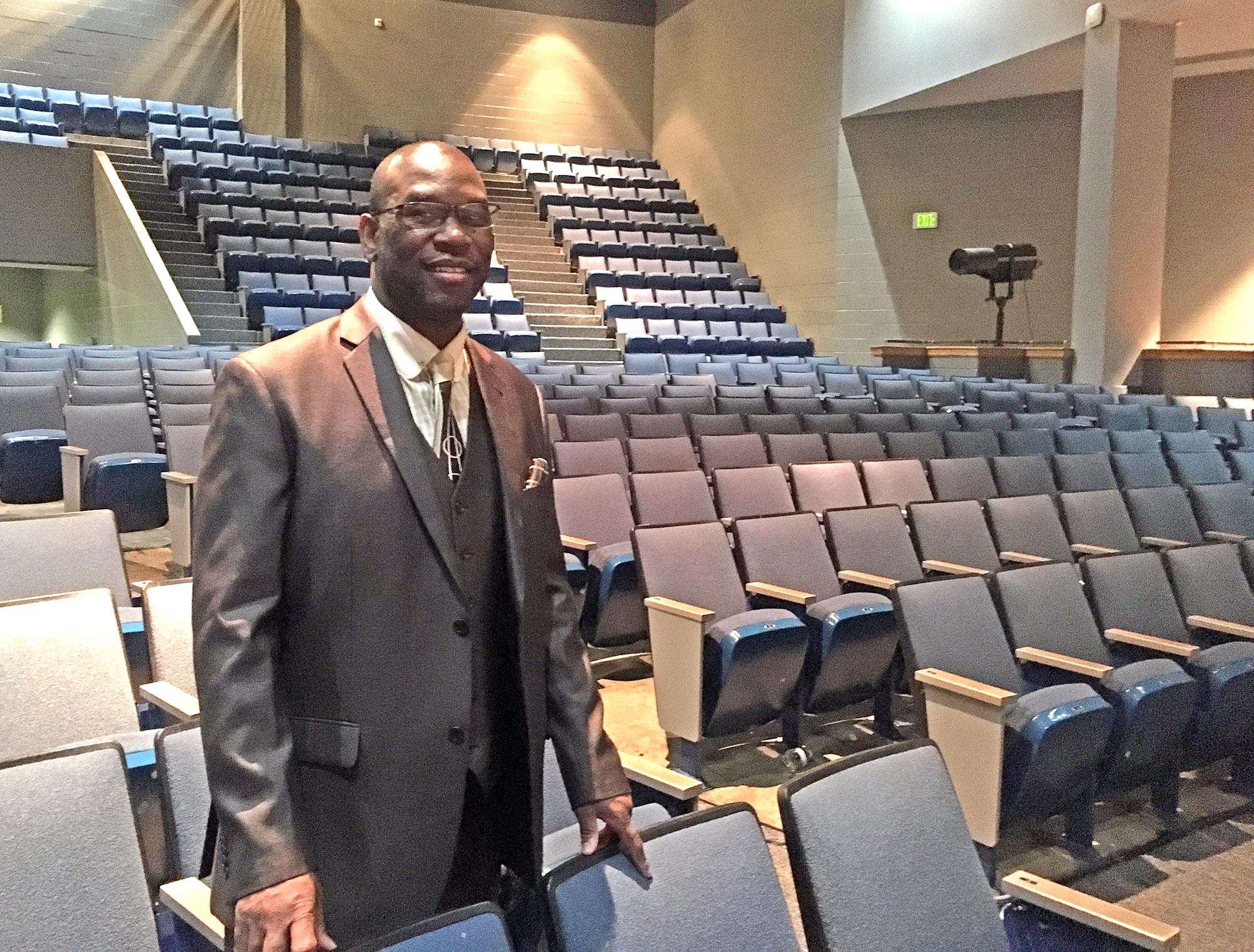 Hillside High School’s drama teacher, Wendell Tabb, stands in the school's empty auditorium before casting for "Cinderah". He hopes the show will fill all of the seats. (Staff photo by Kenzie Cook)

For the last 31 years, North Carolina Central University graduate Wendell Tabb, 55, has headed the theatre program at Hillside High School. In this time, he has transformed the humble high school stage to something more akin to professional theatre.

Since 1995, Tabb has directed the International Professional-Student Theatre Exchange Program allowing drama students to interact with and learn from professionals across the country and around the world. The students both travel to and host visitors from other countries to share ideas and beliefs.

“The program is designed to provide students with the opportunity to work with professionals and peer performers from all over the world,” Tabb explained.

So far, Tabb has taken his students to drama workshops of his own creation in the following cities and countries:

In April, he will be returning to Santa Cruz and Los Angeles with this year’s group of nine drama students.

“The students are always so eager to learn new things, explore the culture, even if they don’t always speak the same language,” Tabb said.

Though the trips are not cheap, much of the funding comes directly from the community. According to Tabb, each trip can cost between $40,000 and $50,000, but he only asks students to pay a small portion. Even then, Tabb has instituted fundraisers such as a season ticket fundraising campaign and donor cards to help students who might not otherwise be able to participate.

“The Durham community has been an unbelievable support group,” Tabb said. “This grassroots approach keeps the community invested in its children and their educational advancement.”

Tabb explained that while on these trips, the students usually perform two or three times for those in the host country and tailor the performances specifically to the customs and cultures of that particular community.

As for performances in their own auditorium, Hillside has just completed its run of August Wilson’s “Fences,” a play chosen for Black History Month. The play focuses on an African-American man, named Troy, and his family during the civil rights movement.

Though “Fences” only ended last week, on February 18, Tabb has already finished auditions and started casting for the next show, “Cinderah,” which has special ties to Tabb and to Hillside High.

“Cinderah” is an original fairy tale bringing together the ideas of Cinderella and Sleeping Beauty and was originally produced by Tabb in 1995. Former Hillside student Irving Walter Truitt wrote “Cinderah,” which features music by Xavier Cason. 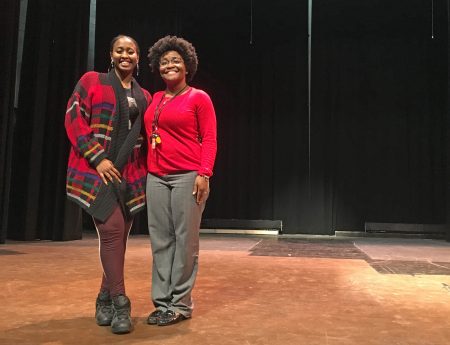 Hillside High School’s dance teacher, Valencia Lipscomb (left) and music teacher, Tiffany Agerston pose together onstage. The two are working together on the music and choreography for the upcoming show “Cinderah”. (Staff photo by Kenzie Cook)

Tabb likes to keep each season balanced with a musical in the fall and spring and two dramas in between, making sure there is something for Black History Month and for families. For the musicals, Tabb receives help from the music teacher, Tiffany Agerston, 27, and the dance teacher, Valencia Lipscomb, 25.

Agerston and Lipscomb are both former Hillside students and appreciate their experiences working both under and alongside Tabb.

“I still respect Mr. Tabb the same way,” Agerston explained. “It’s like being under his wing again. I’m his colleague now, but I continue to learn from him.”

Agerston works with the singers in each musical while Lipscomb arranges the choreography. Tabb focuses on making sure the students learn professional theatre skills and present professional performances.

Hillside senior Daisha McCarter, 17, is a member of the drama club at Hillside and says she is grateful for the opportunity to learn from Tabb.

“It’s a great experience – like getting under a big wing,” McCarter said. “He’s made me see what I could be, not just what I am. He wouldn’t pick you for a role if he didn’t think you could do it.”

Drama club president and Hillside senior Natalie Perkins, 17, agrees that Tabb pushes all of his students to be better versions of themselves.

“I can’t even put into words how amazing it is,” Perkins said. “He doesn’t just teach us about the stage; he teaches us life lessons.”

Four performances of “Cinderah” will take place between March 16-18. Tickets can be purchased from Hillside Drama’s Facebook page.