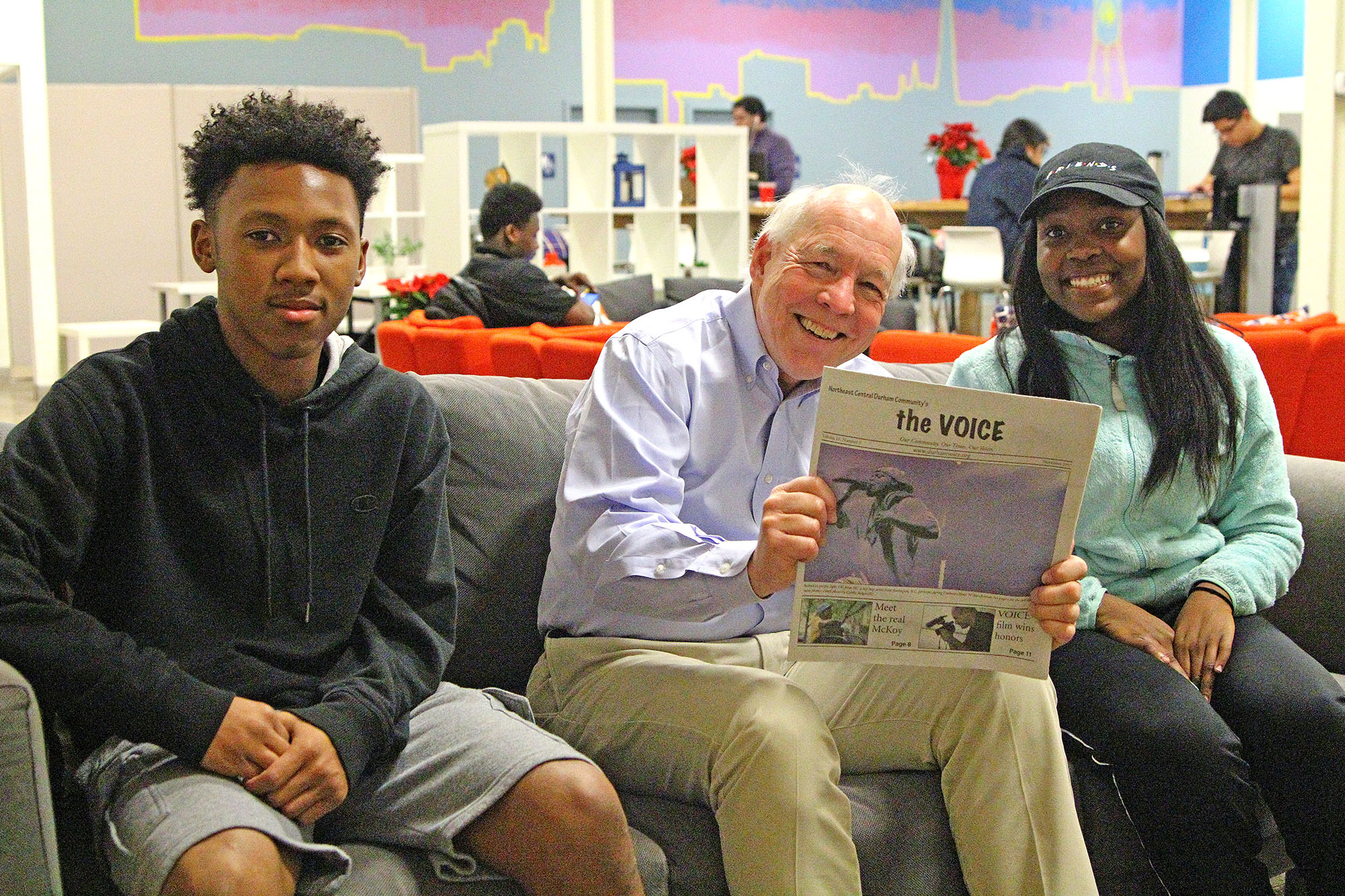 The VOICE recently had the opportunity to have a conversation with Bob Ashley, the former editor of Durham’s The Herald-Sun and recently retired a little over six months ago.

Ashley worked for newspapers for over 50 years and gave us an insider’s view of the journalism industry.

He started working with the newspaper in Mt. Airy, famous for the fictional town of Mayberry from “the Andy Griffith Show,” when he was 15 years old — around the age many VOICE teens get involved.

Although, Ashley had been working with newspapers since he was 15 years old, he never wrote for his high school newspaper but did take pictures for the yearbook.

He only worked with the local newspaper.

“It’s stunning how in 50 years the progression of technology has gone,” he said.

He mentioned how cameras have gone from film cameras that shot only eight pictures on a roll in the 1940s to the digital and smartphone cameras we have today.

In the 1970s he worked at the Charlotte Observer and spoke about how difficult it was to develop film.

Ashley also used to manage Duke University’s Duke Chronicle student newspaper. He spoke about how he would type up a story (on a typewriter), go to the information desk at the student union and then have a Western Union operator transmit his copies to the newspaper for print.

Even newspaper routes have changed. Ashley said back in the day, they would have routes where 100 papers used to go only 20 blocks, but now there may be 100 papers that go out 20 miles.

We talked about how ad revenue has changed the industry and how newspaper advertising has been declining for 30 years. He told us some statistics and how about 30 percent of people actually pay for newspapers and about 70 percent of revenue comes from advertising.

“Sunday papers used to have up to 20 pages of classifieds but now it’s down to a page,” he said. “Zillow and Craig’s List have taken over.”

“These days you get the eyeballs by focusing on social media,” he added. The question journalists and publishers have to ask is, “‘how do we construct stories to get people’s eyes?'”

We also talked about the problem with “fake news.”

“Mainstream media has never been attacked like it is now by politics since Nixon,” Ashley said. “It’s our other problem. News now looks all the same, and it’s easier to peddle ‘fake news.'”

Ashley said what is needed is teaching journalism literacy to help the public evaluate whether information is genuine or not. Real news is trying to get it right.

Mistakes are amplified immediately and “corrections can’t catch up to stories.” With thousands of sites that are now online that don’t care if it’s right or not, if there is any opportunity to do journalistic writing, we should go for it.

As the interview started to wind down, we asked Ashley with all of his experience, what is some advice he would give to students.

“Learn how to write better by writing more,” he said. He advises us to study news outlets that we like and think about other journalistic approaches.

This is good advice because if you don’t take the time to perfect your craft, then you aren’t going to get any better.

“What makes them (news sites you like) so good? Try to emulate them,” he said. “We’re not just newspapers anymore. We’re news outlets.”