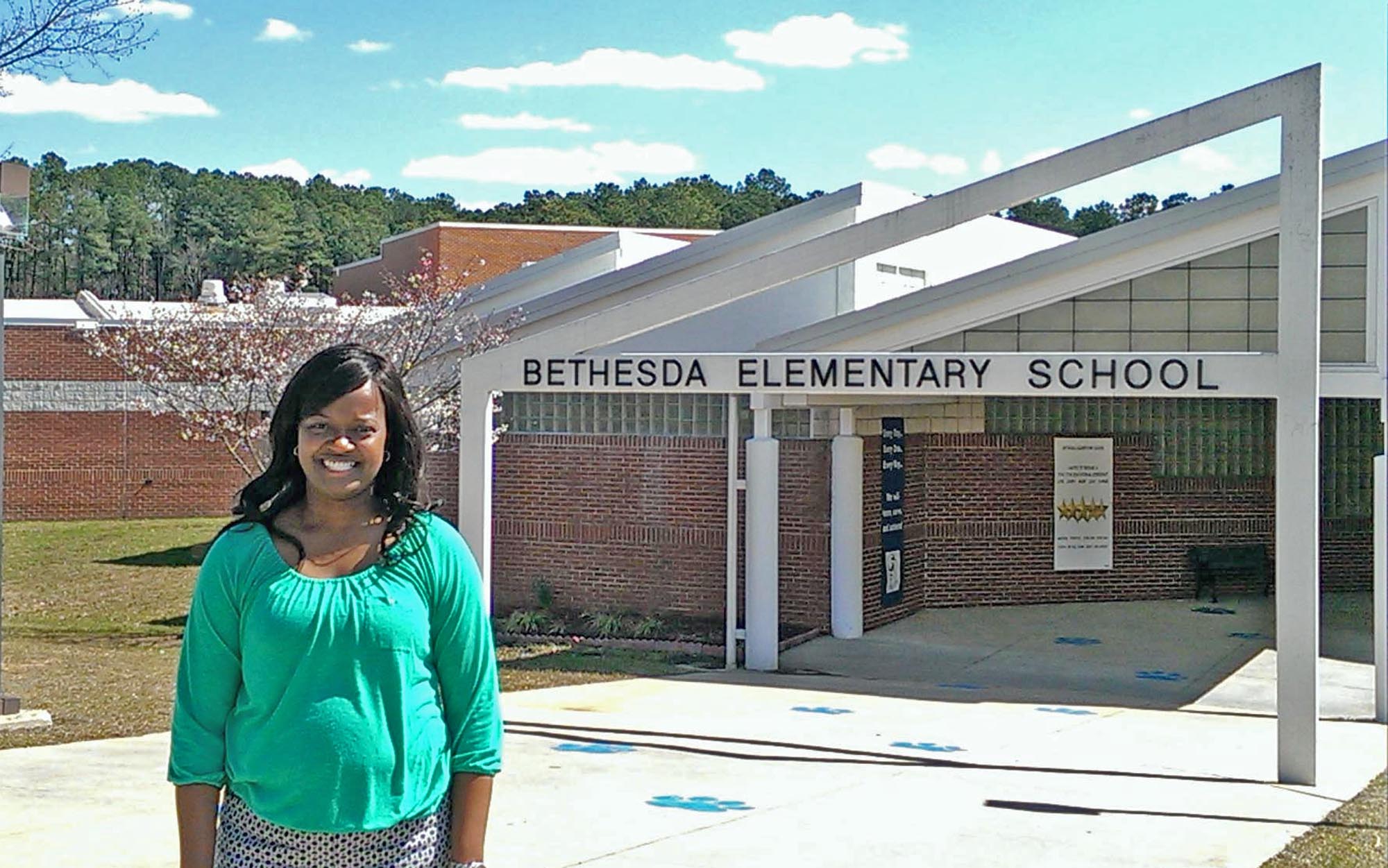 The numbers tell the story, staggering but not new to Kelvin Bullock, who serves as Durham Public Schools director of equity affairs, a position that did not exist until January 2017. 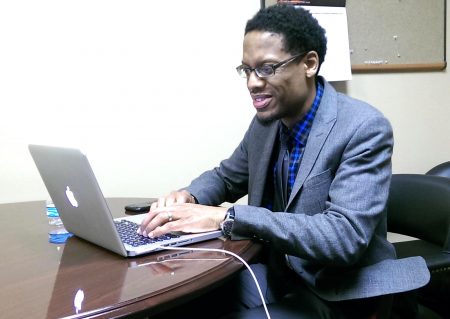 Since January 2017, Kelvin Bullock has served as Durham Public Schools director of equity affairs. In that role, Bullock has helped lead the district’s efforts to address the achievement gap between white students and students of color. (Staff photo by Brennan Doherty)

During the 2016-17 school year, white students – 18.5 percent of the district’s student population – vastly outperformed their Hispanic and black peers, who collectively accounted for 75.6 percent of DPS students, in multiple ways.

On end-of-grade exams, 73.1 percent of white students in grades 3-8 earned “college and career ready” scores, while only 28.4 percent of Hispanic and 25.8 percent of black students did, respectively.

The same trend was seen at the high school level, where 75.5 percent of white students qualified as “college and career ready” on end-of-course tests, a considerably higher percentage than Hispanic (30.4 percent) and black (29.9 percent) students.

White students scoring better than non-white students is not unique to DPS, but it is especially pronounced in Durham compared to other parts of North Carolina.

That, in particular, was what convinced the DPS Board of Education and former Superintendent Bert L’Homme to create the director of equity affairs position that Bullock now fills. He previously worked as a teacher at Hillside High School and a social studies curriculum specialist for the district.

“You can’t continue to just go on with things as normal without looking at what’s causing the discrepancies,” board member Minnie Forte-Brown said in a phone interview. “Or, you can simply say that children of color are less smart than white children – and we know that’s ridiculous.”

What do directors of equity affairs do?

The son of an educator, Bullock said he enjoyed his time as a student growing up in the city of Wilson, even if that wasn’t often true for other black students.

It was during that time in his life that Bullock realized he wanted to become an educator to help figure out, “What are some of the things I could do differently that might better impact students of color?”

Years later, finding answers to that question is what he does for a living.

But what does that actually entail?

According to Bullock, his first 14 months on the job have primarily revolved around identifying priorities and issues through data analysis, searching for ways to bridge the achievement gap along racial lines, and bringing awareness to the situation through trainings and professional development for DPS employees.

When working with teachers and administrators, Bullock focuses on topics including bias and identity, which are key factors in eliminating the achievement gap, he said. He believes conversations about intersectionality are necessary to build the best relationships possible with students, which can improve their learning experiences.

Despite black and Hispanic students accounting for over 75 percent of the district’s student population in 2016-17, Bullock said that around 58 percent of DPS teachers are white.

“We have to go outside of North Carolina,” Forte-Brown said. “We have to go where they are, and we’ve got have something to attract them. OK, if you’re bringing in a teacher from California or if you’re attracting teachers from Arizona, you’ve got to have a salary that is convincing. It’s hard for us to attract somebody to come from Texas or to come from New York. We’re 39th, I think, in salary. Who’s coming?”

Shaneeka Moore-Lawrence, the principal of Bethesda Elementary, said Bullock’s trainings with her staff have led to helpful conversations about cultural responsiveness, and that her teachers have asked for even more professional development. Next school year, Moore-Lawrence said Bethesda hopes to have a year-long professional development series on how issues of identity and bias impact what’s being taught in the classroom.

“He’s the one who has the expertise and has the training and background,” Moore-Lawrence said of Bullock. “As a principal, that’s not something we receive a lot of professional development training in. So, having him come as the expert is definitely huge in making sure that we’re consciously addressing the achievement gap.”

The problems go beyond testing

The discrepancies between white students and students of color in DPS are not limited to test scores.

A recent analysis by the Southern Coalition for Social Justice found that black DPS students “were 8.7 times more likely than white students to receive a short-term suspension.”

Statewide, Bullock said black students account for over 57 percent of short-term suspensions despite only making up 25 percent of North Carolina public school students.

Bullock said he and his coworkers have been studying how other school districts nationwide have handled issues surrounding suspensions. Specifically, he mentioned the Oakland (California) Unified School District as an example of a district successfully reducing the amount of suspensions through creative solutions.

“They do a lot of work around restorative practices and restorative justice,” Bullock said. “But that would be wonderful for us if we were able to make some strides with disparities in discipline.”

Bullock also noted that DPS is implementing some restorative practices at five pilot schools, which he thinks “can be a tool to address some of the disparities.”

Meanwhile, he believes it’s important for teachers to question whether or not issuing a suspension is always the right decision when a student misbehaves, a sentiment with which Moore-Lawrence agrees.

“I think it does have something to do with cultural responsiveness and using alternatives to suspension,” Moore-Lawrence said. “And really getting to the root cause of the behavior and not just using suspension as the only intervention.”

Even before his position was created, Bullock knew there were many people throughout DPS committed to addressing the achievement gap issue. 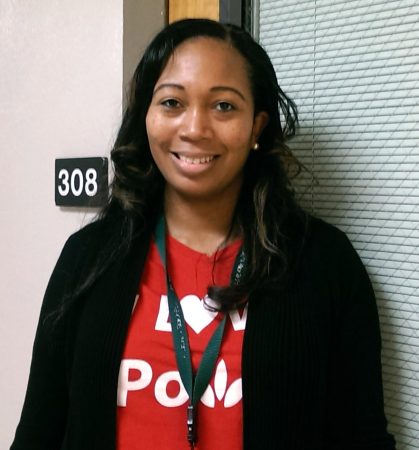 “I definitely believe there were a number of people in the district who were ready to move forward on these issues,” he said. “And it’s like all they needed was the co-sign from the district to say, ‘Yes, you can have these conversations. Yes, you can do this work.’ And they’re moving on it.”

At a board meeting on March 22, Ingrid Whitaker, an assistant principal at E.K. Powe Elementary, was one of several members of the audience to speak up in favor of five pilot elementary schools (E.K. Powe, Hope Valley, Lakewood, Club Boulevard, Southwest) adopting a community-schools model. Doing so would mean that each of the five schools would receive a full-time community school coordinator to help facilitate community partnerships.

In her speech to the board, Whitaker said that a community-schools model would “help families that are traditionally underserved become much more empowered.”

Whitaker also said in an interview that a community-schools model could help provide resources and support that school faculties can’t on their own.

Without speaking specifically on the model, Bullock said DPS “could benefit from looking at ways to better leverage the resources in the community.”

Regarding DPS’ overall approach to the achievement gap, Bullock is still a believer that many of the solutions are close to home, citing the fact that a school such as Hillside, whose student body is mostly comprised of black students, has exceeded growth “four or five years in a row.”

“We have some of the strongest leaders in the state already in Durham,” Bullock said. “The question is, ‘How do we share best practices?’ ‘How do we continue to provide the support they need so that they can thrive, and so that more schools can perform at the levels they are?’”