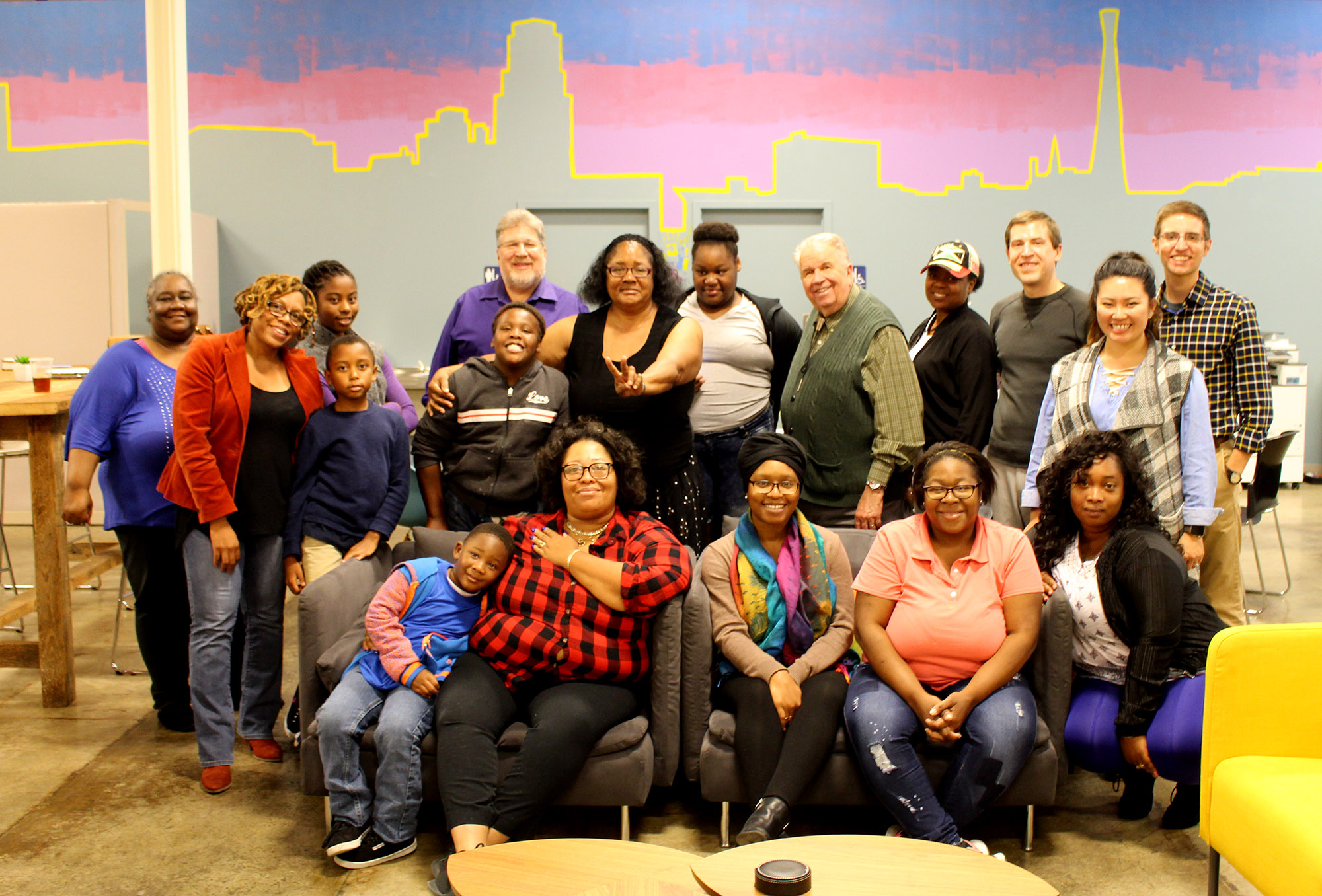 Graduates of the Step2 program, focusing on personal development, financial stability and career pathways, pose for a picture. (Photo courtesy of StepUp)

In 2013 StepUp Ministry, a Raleigh-based non-profit, sent an exploratory committee to Durham to discover if the city needed or wanted the program launched here, said Tim Wollin, 37, the program director for StepUp Durham. After two years and an invitation from the Durham community, StepUp Durham was born.

Emily Dao-Forrester, 27, an employment counselor with StepUp Durham, said the Durham entity invites people facing different barriers to finding employment and empowers them to overcome these barriers. The program encourages a 50-50 share of partnership, empowerment, and accountability with participants. 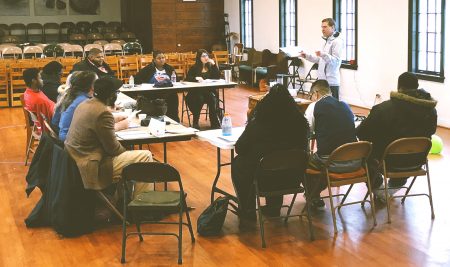 Dao-Forrester said that about 60 percent of the individuals StepUp partners with are justice-involved, but they also collaborate with single parents, domestic abuse survivors and those recovering from substance abuse who are trying to re-enter the work force.

“We do require they be at least 90 days sober before entering our training,” Dao-Forrester said. “We want to set people up for success, not enable them to revert back to habits that may not be best for them.”

It does not cost to participate in the StepUp program. All funds come from outside sources: 70 percent comes from grants, while the other 30 percent comes from individual donations. The organization keeps track of its progress and success, tracking their reliability so they can continue to receive these grants.

StepUp works to benefit both those in the program and the employers they work with. For the participants, the workshops train them to write resumes, dress for interviews, manage conflict, and effectively communicate. Employment counselors, such as Dao-Forrester, help participants find the industry that fits them best. For employers, the employment counselors screen potential candidates so those most qualified for each job can be interviewed and hired. There is an average period of 41 days between graduating from the program and gaining employment.

Counselors also involve other non-profits, such as Housing for New Hope and Wheels for Hope, so StepUp participants can get past barriers that might make finding employment more difficult.

The program is a 32-hour, week-long workshop aiming to teach participants the skills needed to join the workforce. It is meant to mimic the length of a full-time workweek, said Dao-Forrester.

Wollin oversees the workshops, inviting volunteers to talk about personal development, setting up paid vocational training, and handling other community engagement opportunities. He also oversees Step2, which works with graduates who have found stable employment and helps stabilize their finances.

StepUp Durham works with all businesses willing to hire those who have graduated from the program, but mainly aims for those that pay a living wage rather than minimum wage. The average hourly pay for a graduate of the StepUp program is between $11 and $11.53.

“We want them to be able to build up a savings while paying for the cost of living,” Wollin said.

Of the nearly 170 graduates of StepUp Durham, 139 people have found employment at 189 jobs. Some jobs are temporary, or have the possibility of moving up.

“I thought I didn’t do well,” Harmon laughed. “But she said I was doing great.”

Harmon said she enjoyed the StepUp program because they were very supportive and there to help every step of the way.

“Somebody close to me wanted to see me grow, so they told me to register for [StepUp Durham],” Harmon said.

Harmon had no experience in the childcare field, but after graduating from the StepUp program, she was still able to procure a job at Childcare Network.

StepUp Durham also works with Partners for Youth Opportunity, or PYO. Both organizations have offices at ReCity Network in Durham, making collaboration between the two almost inevitable. Their similar missions helped bring them together, tailoring a curriculum for youth as well as adults.

Carlton Koonce, the workforce development coordinator for PYO, said StepUp helped train students during the summer, and many received help as well as their parents.

To take part in the workshops provided by StepUp, members must meet certain criteria, listed on the program’s website:

For more information or to join the program, visit www.stepupdurham.org. The next