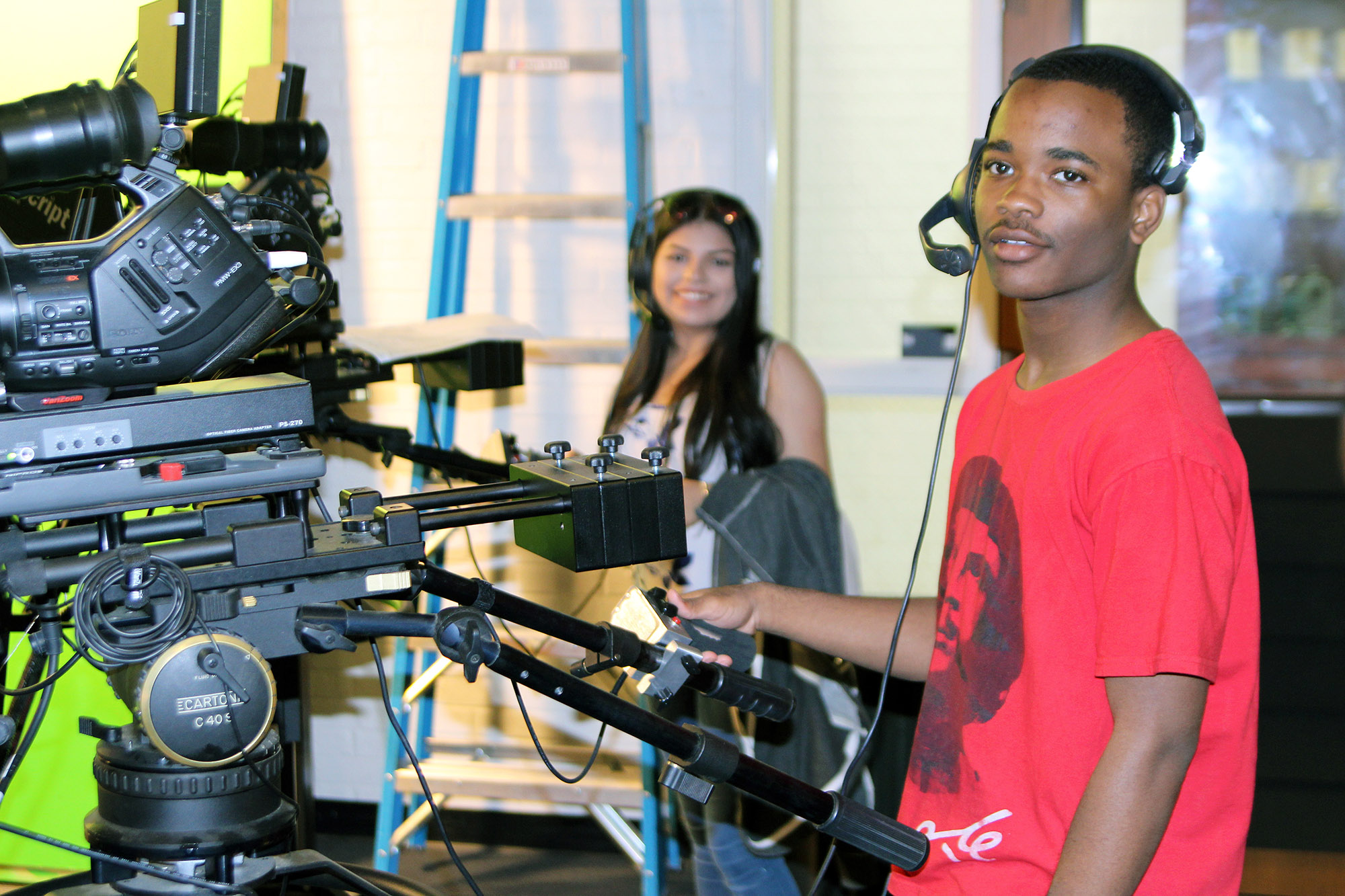 PYO student Estephanie Sanchez looks on as PYO intern and VOICE staffer Qaadir McFadden takes a turn at a TV camera in the “J-School” studio. (Staff photo by Carlton Koonce)

It was late morning, and the sun was peeking from behind the clouds as the students and leaders of Partners for Youth Opportunity arrived at the University of North Carolina at Chapel Hill. But the slightly overcast day did not stop them from a having an adventure. 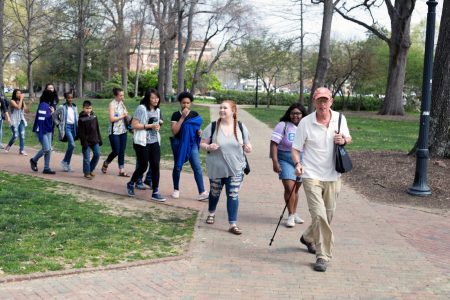 The PYO students and staff members were visiting UNC-CH as a part of their college tour while on spring break. They had already traveled to various locations in North Carolina, including the University of North Carolina at Greensboro and a local nature reserve.

There has been a connection between PYO and UNC-CH for many years. PYO students work on the Durham Voice with UNC-CH media and journalism students.

Jock Lauterer, UNC-CH professor, said, “They send to the Durham VOICE four to six young people to work with us on The Durham VOICE, which gives us a youth voice on The VOICE. We have worked with PYO for three or four years now. It is a really great partnership.”

The day at UNC-CH started at the Morehead Planetarium. PYO students were dropped off and ready for a day of exploring the historic campus.

On the edge of campus, the students gathered around to listen to Professor Lauterer tell anecdotes of his experiences during the Speaker Ban. He told the story of how in 1966, he sat in a tree on Franklin Street to catch the action on his camera.

As the students progressed into campus, they passed the controversial Silent Sam Statue. The statue’s position has been a hot topic on the UNC-CH campus for the last few months. The PYO students and UNC-CH students had an active discussion about how the monument has mobilized students and staff. 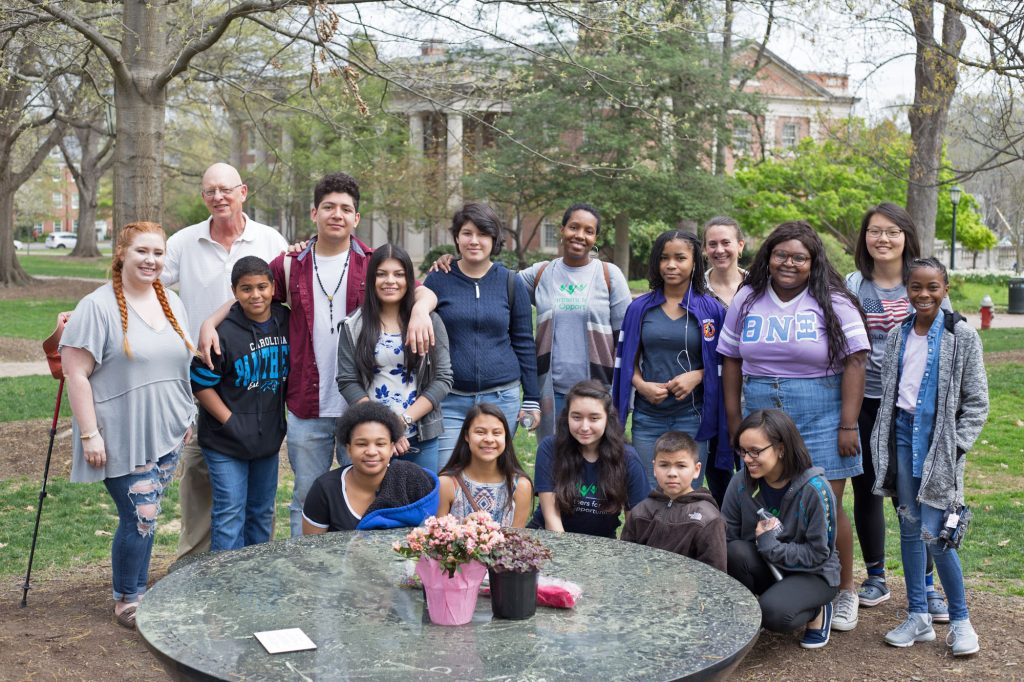 After spending several contemplative moments at the Unsung Founders Memorial, the students moved on to the most prominent symbol at UNC-CH, the Old Well. They took turns striking posing for pictures in front of the campus symbol.

Stomachs were beginning to growl as lunchtime approached. After lunch in the bottom of Lenoir Dining Hall, they got to experience the heart of UNC’s Campus, the Pit. This actual pit in the middle of campus is where students congregate. Because of the warm weather, UNC-CH students were out and about representing clubs and enjoying time with their friends.

The PYO students got to see that college is about more than papers and deadlines. Many went up to the numerous clubs advertising and fundraising to find out the passion of Carolina students. Some sat on the inner steps of the Pit and people-watched. 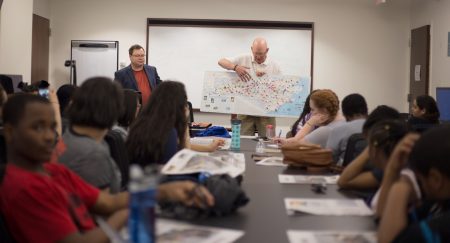 Lazayrea Smith, a PYO student, described her experience observing in the Pit: “We saw a lot of groups come by us. Some people were against the groups. Some people went up to talk to them.”

After lunch, the PYO students got to explore the School of Media and Journalism. The students had the opportunity to experiment inside the James F. Goodmon Electronic Communication Studio and Newsroom. The students operated the cameras and practiced using the teleprompter. The Goodmon Studio and Newsroom is a state -of -the-art studio where student shows such as Carolina Connection, Carolina Week and Sports Extra are shot.

Before the students attended a lecture by Professor Lauterer in his MEJO 459 class, which focuses on community journalism, the students went to explore more of campus. They took pictures at Kenan Football Stadium and saw a special exhibit at The Sonja Haynes Stone Center for Black Culture History.

The PYO students had a day filled with adventure in the Southern Part of Heaven, but unfortunately, the day had to come to an end.

Carlton Koonce, the workforce development director of PYO, said, “Whenever PYO or the VOICE youth come over to UNC-CH, we feel like we belong. The J-School students take us under their wings and show us around campus in a way that’s so much more intimate than the typical college tour.” Koonce continued, “I think it comes from this Durham connection we’ve all had over the years, and it shows that the dream that Jock, Lisa, DP and all the professors involved conceived years ago coming to fruition.” 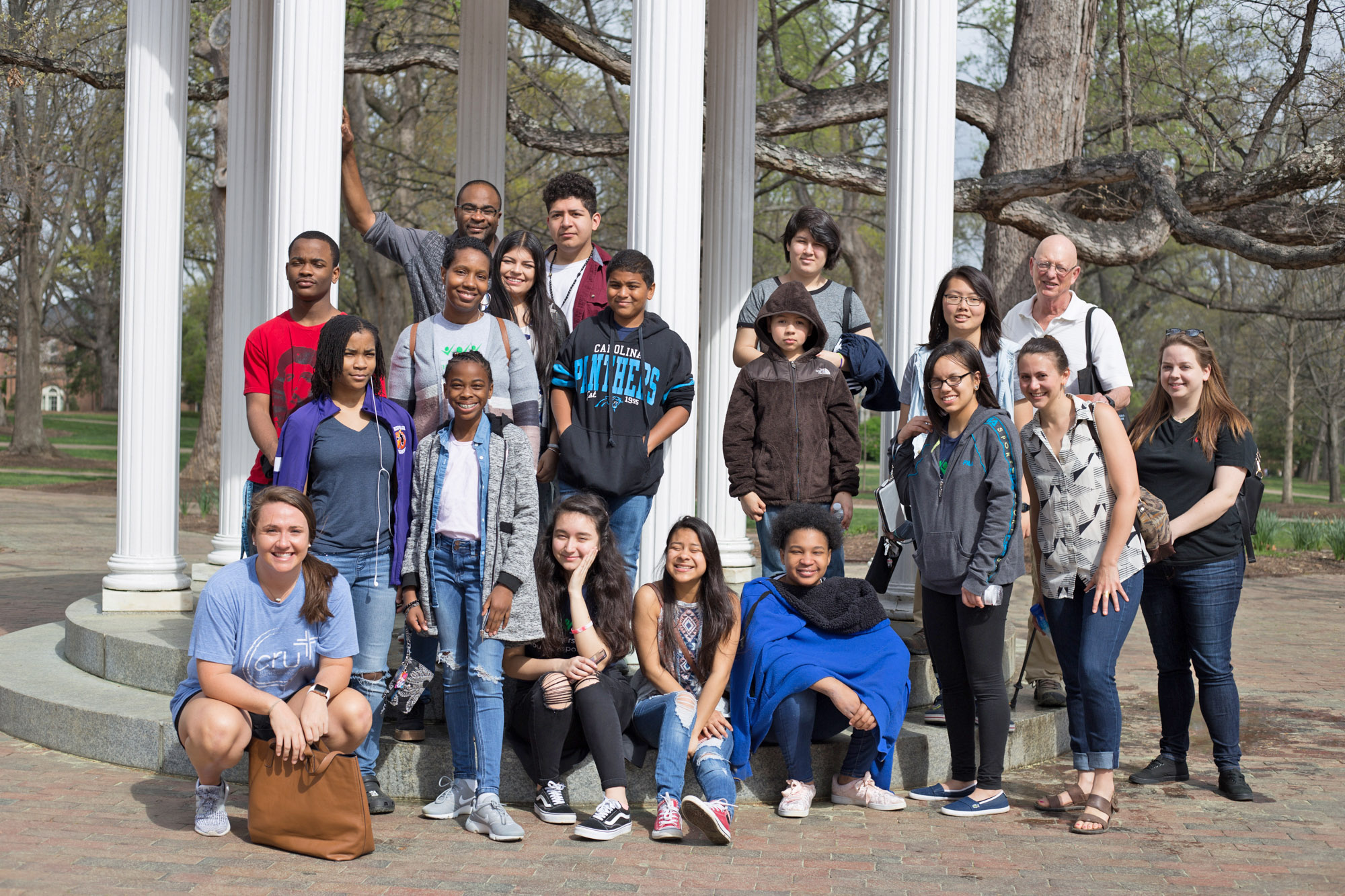 Maddie Marshall is a junior PR and Africa-American and diaspora studies major at UNC-CH. A Dunn, N.C., native, she is serving this spring as the teen mentoring coordinator for the Durham VOICE.