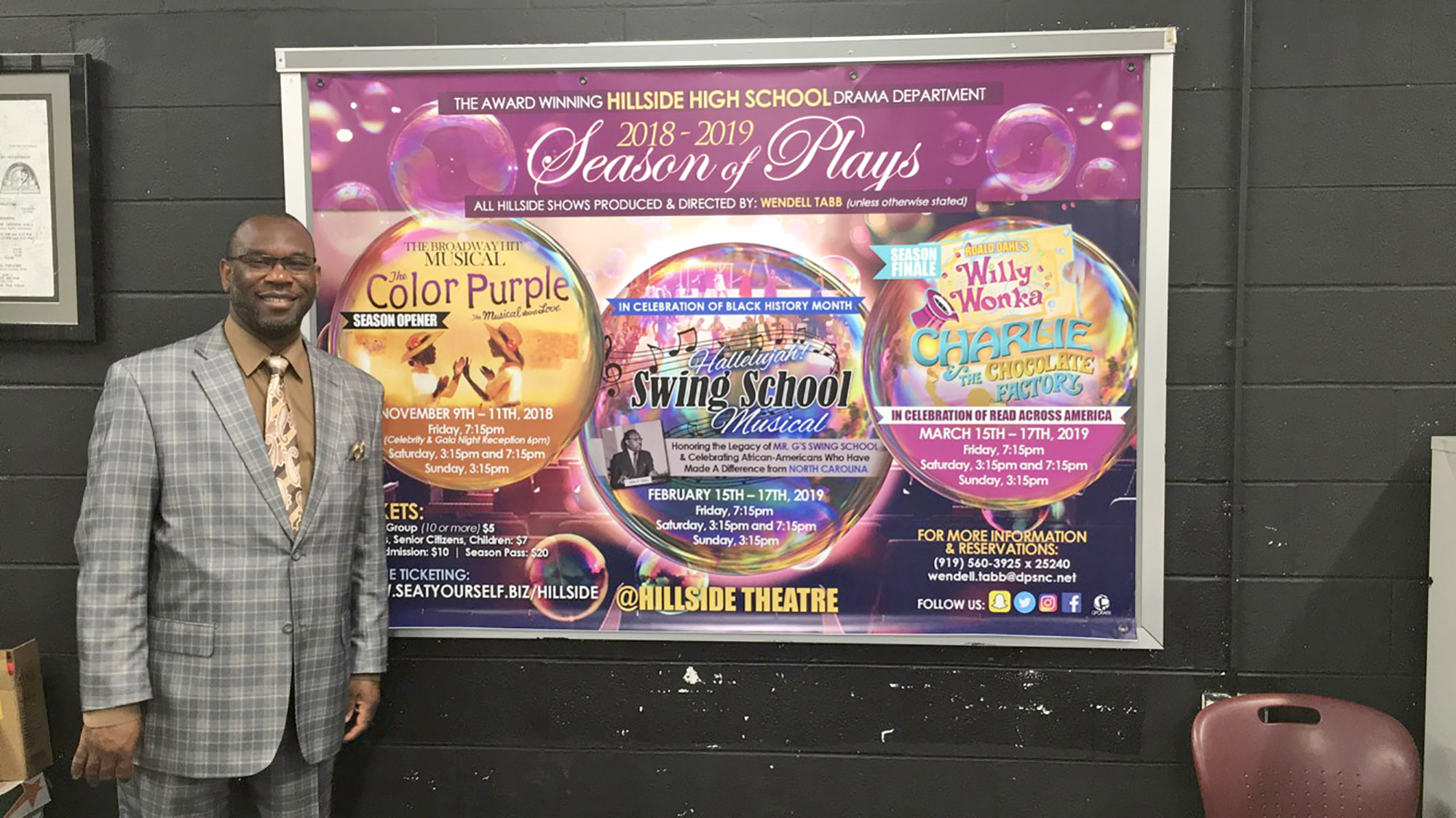 There are almost 100 students working to create the production, including actors, dancers, offstage singers, musicians and backstage crew. The show takes a period of eight weeks to prepare for the stage.  “The Color Purple” will be performed by young actors who were described by Tabb as “an all-star cast of performers.”

Tabb was intrigued by the multi-faceted, Pulitzer Prize-winning novel written by Alice Walker. Also, he enjoyed the classic Steven Spielberg movie. As soon as he received the rights to the musical, he jumped at the opportunity to challenge his students with the task of displaying professional theatre.

An open casting call for the students of Hillside was held earlier this fall, and the performers were picked by a panel made up by the vocal director, choreographer, and Tabb. The most difficult part during this process, Tabb explained, has been trying to gift every student with a spot in the production.

In this show, Tabb wants to dig into the soul of each character. The soul of the show is what makes the show so different than others. 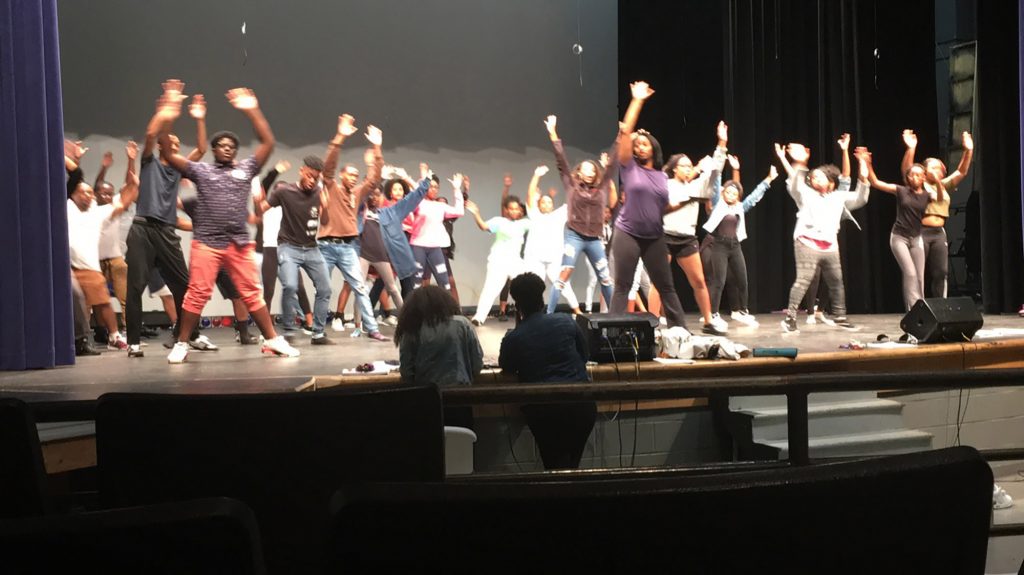 In an enthusiastic moment during a recent rehearsal, the cast of “The Color Purple” dances to the music (Staff photo by Cheyenne Beasley).

During a rehearsal, high energy could be seen from the stage as they mouthed the words with a dramatic flair. A spectator could tell the students were into the music by the small choreographed gestures they did. 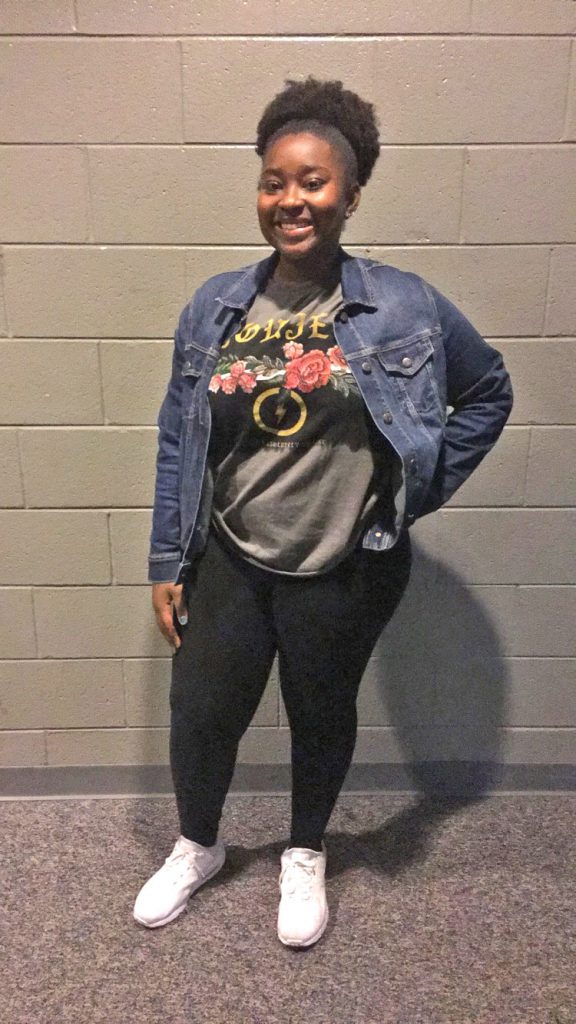 Emani Eaglin, a senior who has a dual role as assistant director and the part of Sophia in “The Color Purple,” has performed in 14 plays at Hillside.  There has been a “trial and error process,” to balancing homework and rehearsals. She gained a worthwhile lesson in time management through this process.

(Editor’s Note: An earlier version of this story incorrectly listed Emani as a sophomore. She is a senior at Hillside. The VOICE regrets the error.)

Eaglin has also found a challenge trying to balance being a friend and being the boss. She explained that sometimes it is difficult working with people who are either her friend and same age, or people who are older and still trying to maintain that leadership role.

In Eaglin’s opinion, the best moments are always the week before the show,  because that’s when everyone begins relying on each other and becoming closer, as the time to perform sneaks up on them.

Also, through Mr. Tabb’s guidance, they will be able to put on a wonderful show. “Mr. Tabb always puts his students first,” she said.  There are very few confrontations because of Tabb’s postive attitude and  “no negativity rule.”

The show is expected to be  sold-out, but Tabb says he is not concerned about the number of audience members. They perform to touch the audience who took the time out support them on their mission of “theatre excellence,” said Tabb.