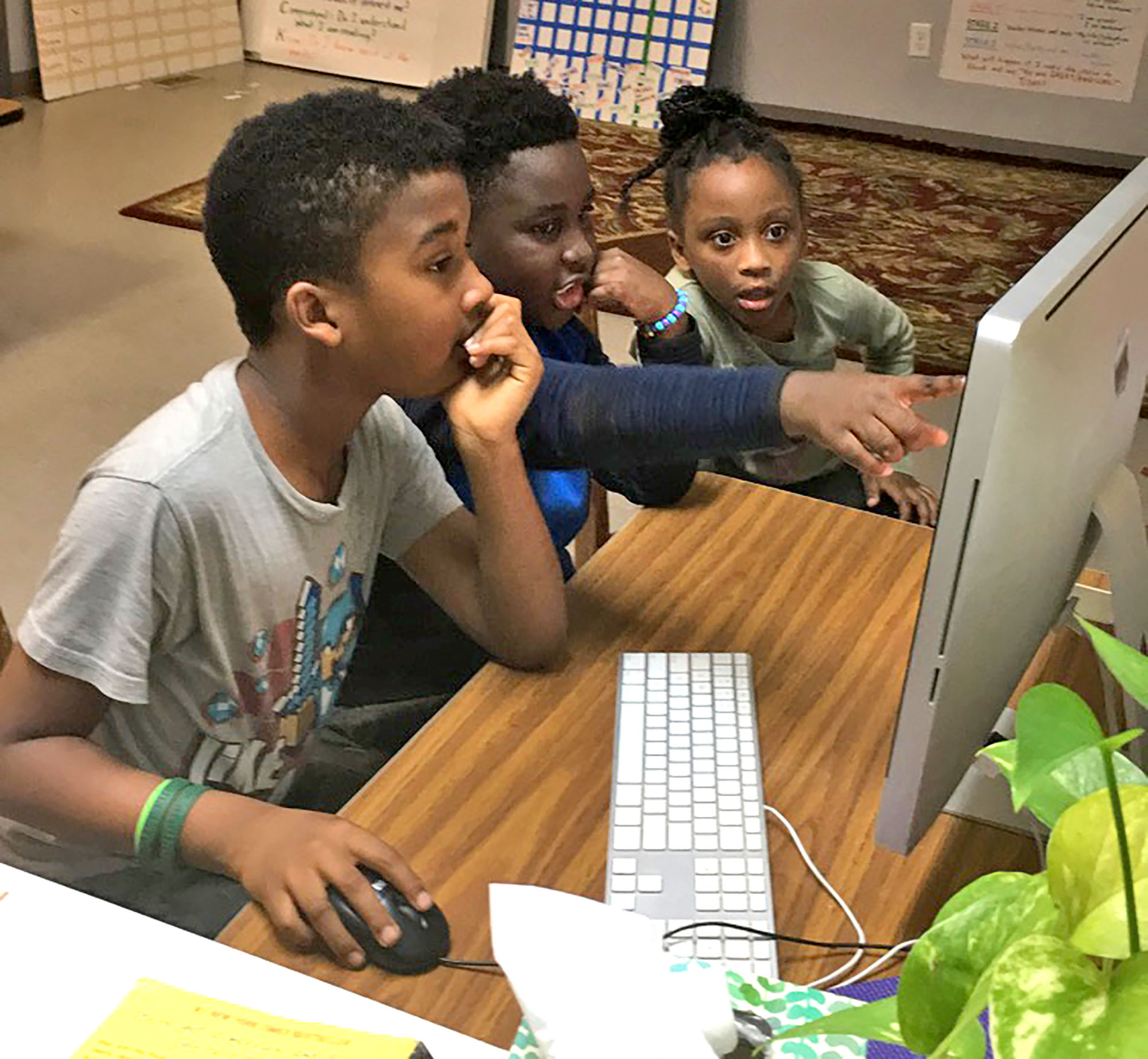 Zeigler is a warm woman who is passionate about her school and the children who attend. In the late afternoon some of the children were playing Roblox. Eric Zeigler, 10, said that they were only playing because it was after school.

The following Monday, during school hours, children were hard at work on their E-learning and eager to share what they were working on.

Zeigler came up with the idea for Durham’s Empowered Minds Academy, while recalling her negative experiences in school with teachers who cursed, napped during school hours, and handed out F’s on the first day as if they were “dumb until proven smart,” she said.

Even her AP Government teacher once shouted, “Go back to Africa!” at her and her classmates. Her desire was to “learn, return, and give back.”

She worked as a Language Arts Teacher for many years at multiple schools in Los Angeles, then moved to Durham with her husband and first daughter who they had already planned to homeschool.

She spent 13 years in the North Carolina homeschooling community, then decided to put something in place for her own children by taking her 20 years as an educator to start an independent school.

Zeigler founded the academy in fall 2016 with a mission of finding a calling that will change the world for every student who enters it.

This non-traditional school lets students be in charge of their own learning and their website emphasizes that they are “building solid foundations in math, reading and writing through learner-centered practices such as portfolios, goal setting, blended learning, and structured routines and procedures that support autonomy and creativity.”

Education is offered to grades K-8 (ages 6-13) and the academy has two full-time staff and volunteers.

The children do not receive homework. The academy provides the parents with the necessary devices to set their own framework and expectations at home. “We value curiosity and independent learning over standardization, and self-led learning and autonomy over authority-based management and control,” Zeigler said.

Classrooms are referred to as mixed age workspaces, teachers are guides and grades come from portfolios and expeditions.

Instead of rules, the school enforces agreements and covenants, guiding questions, not lecture. There is hands-on and E-learning which is self paced and travel is encouraged. Children are expected to begin apprenticeships in middle school.

Empowered Minds Academy is considered an Acton Academy Affiliate which encourages children to see life as a “Hero’s Journey,” or as EMA says, “Hero/Shero’s Journey,” and find a calling that has room for character and curiosity.

“I believe that this model may be a good fit for some and a poor fit for others,” Zeigler said. “We hope that families who are considering EMA do their research, attend an information session, schedule a time to visit and observe so that they may learn more.”

Their expansion goals include a “launchpad” which is the name they use for high school and a pre-k which is referred to as a “feeder school.”

EMA recently sponsored the Durham Children’s Business Fair on Saturday, Nov. 23, and Zeigler is excited to team up with local entrepreneurs along with parents to plan for an upcoming DCBF in the spring.

They also have a fundraiser coming up in February. Zeigler said the goal for the fundraiser is to “purchase school desks for elementary school, more books for our library, and materials and resources for future projects.”