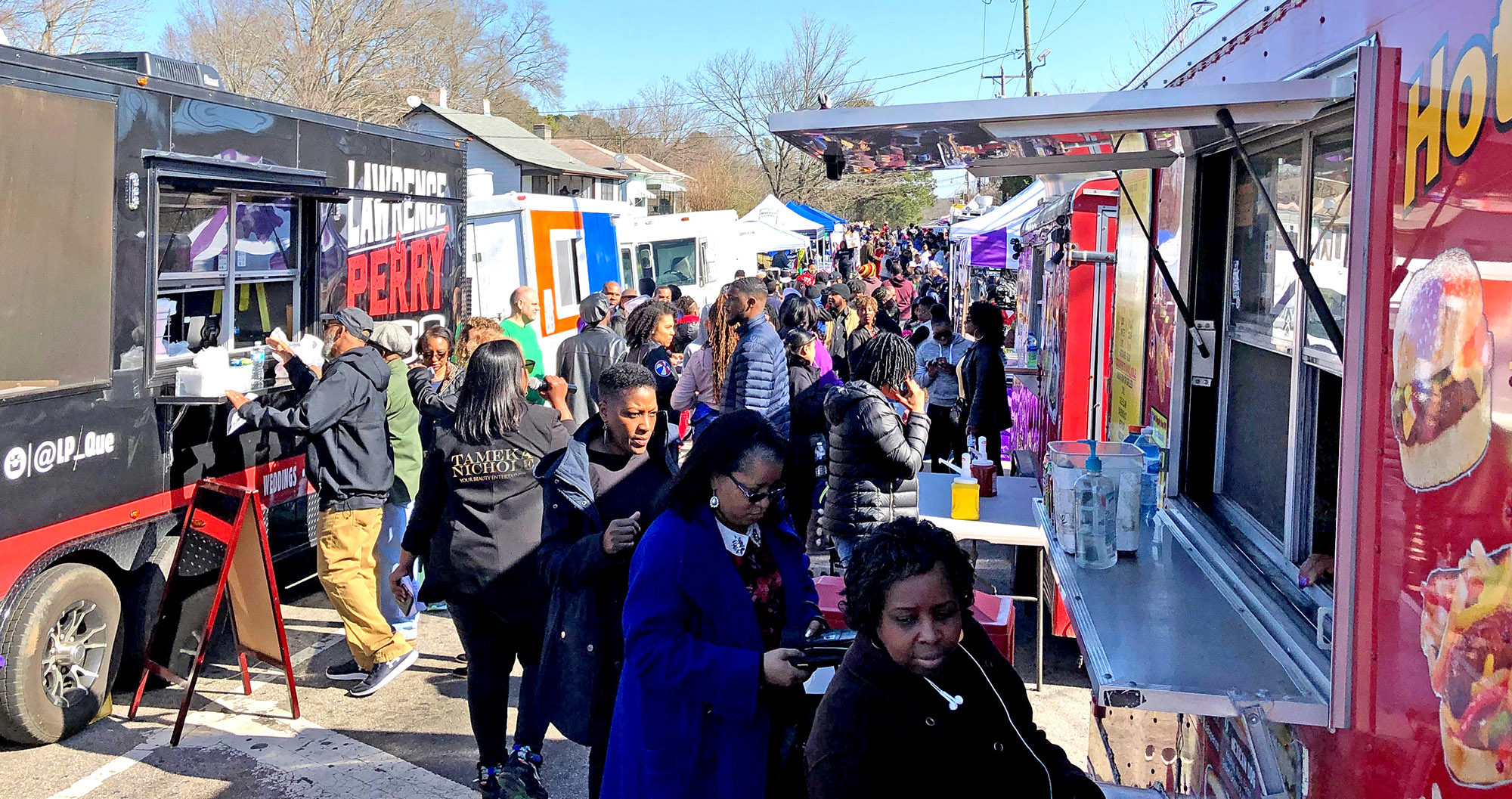 Vendors play one of the most important roles in the event, according to host Tameka Nichole. "People are able to buy and shop black because there are so many black vendors," she said. (Staff photo by Johnny Sobczak)

On an unseasonably warm Saturday morning, Fayetteville Street was even busier than normal as hundreds of Durham residents showed up for the 17th Annual North Carolina MLK Black History Month Parade & Block Party.

The event, presented by Spectacular Magazine, is held on the first Saturday of every February. For entertainment columnist Tameka Nichole, hosting the largest Black History Month celebration in the state was an exciting challenge.

“This is my absolute first time hosting something of this magnitude,” Nichole said. “When I write, I actually like to find out how an event can enlighten, empower or entertain.”

Nichole was hired by Spectacular Magazine only one month ago. The North Carolina Central University alumna stopped in the middle of our interview to kneel down and speak with a discouraged girl selling Girl Scout Cookies. “Keep a smile on your face and never be discouraged,” she said to the child.

Durham County Sheriff Clarence F. Birkhead greeted members of the community all along the parade route. Birkhead was elected in November and is the first black sheriff in Durham County history. (Photo by Johnny Sobczak)

“We are here to do something great for the community,” Nichole said. “We have had vendors giving out information to educate people about black history. People are able to shop and buy black because there are so many black vendors. But people are also just able to be more knowledgeable about what is available in their community.”

For one such vendor, Cassie Hall, the parade and block party was an opportunity to come home. Hall is a founder of Hot Diggity Dog, a hot dog truck that also caters events. Hall has lived in Greensboro for 20 years, but was born and raised in Durham. Outside of her red and yellow trailer, next to a sign that stated that proceeds go toward homeless children in surrounding areas, she talked about Durham’s growth.

“The community has changed, for sure. It has changed a whole lot, but to me, it’s good right now,” Hall said. She recently worked as a vendor at North Carolina Central University’s homecoming and at the Durham Christmas parade, but this was her first time at the MLK Black History Month Parade & Block Party.

“I love it. I love to see when we all come together,” Hall said. “That is the one thing about us: when it’s time to come together, we come together. And it turns out good – every time.”

At the block party, music echoed in every direction. People gathered around the DJ’s table to dance and take photos. The young man on the turntables was Ashton Burns, aka DJ Ash B, a Wilmington, North Carolina, native and student at North Carolina Central University. 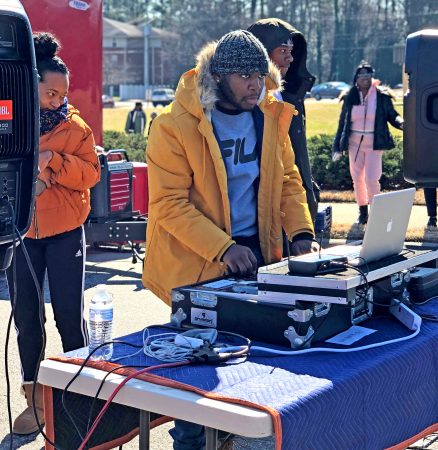 Ashton Burns, aka DJ Ash B, works his turntables. Burns is a junior at NC Central University and is majoring in business administration. (Staff photo by Johnny Sobczak)

Burns started as a DJ four years ago and has stayed busy doing events in the Durham area.

“It’s pretty dope, man. I like that for Black History Month we’re able to do something like this,” Burns said. “I really think it is important for the community. It brings people out and makes them aware. It shows the importance of our history. I think without stuff like this, it’s easy for people to forget or push it to the side.”

Tameka Nichole took over the sound system to introduce each passing group of the parade. The Durham Police Department Honor Guard led the way, followed by the marching bands of Southern Durham, Northern and Hillside high schools. Students from Epic Cheer & Dance Academy and Maureen Joy Charter School brought up the rear.

As the last of the parade passed by and spectators packed up their chairs to head home, Burns started the music again.

“Things have gone so well. People have said it’s been entertaining and vibrant and fun,” Nichole said. “I’m very thankful for this to be something I was able to host for the first time.” Before heading off to visit some of the vendors, Nichole talked about how people were complaining that morning about not being able to get through on the roads because of the parade.

“I just tried to get them to understand that we are here to do something great for the community. And they said ‘Well, if that’s the case, then I love it and am thankful for it,’” Nichole said.