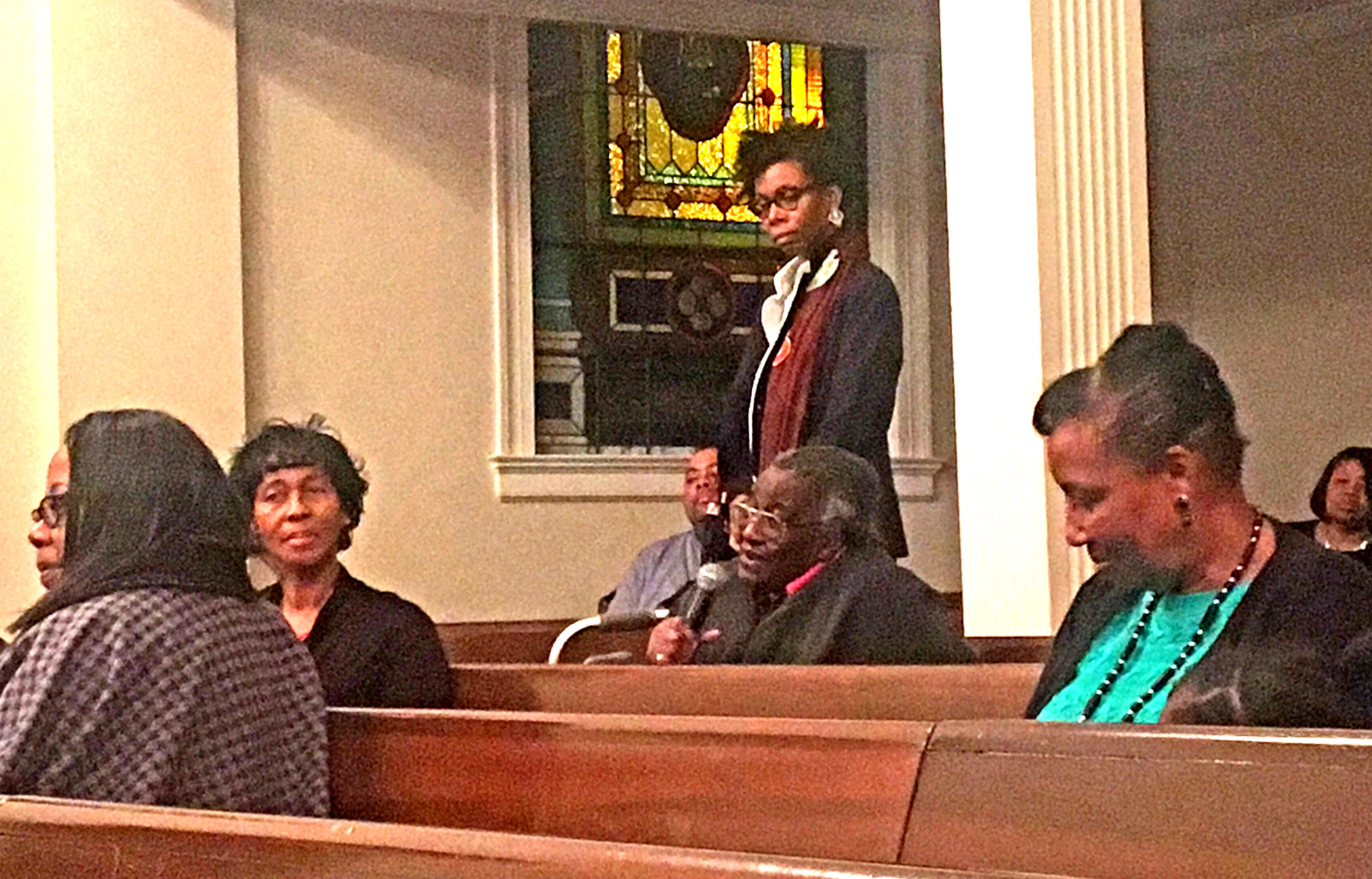 This Black History Month, Mount Vernon Baptist Church on Roxboro Street in Durham will acknowledge the past with films, books and faith.

The Durham church will have free film screenings every Wednesday in February at 6:30 p.m. and Sunday morning discussions at 9:30 a.m. It hosted a conversation on the autobiography “Proud Shoes: The Story of an American Family” by Pauli Murray on February 11. All scheduled events are listed online.

Karen Brock, a member of the church who helped organize the events, said the purpose of the discussions is to recognize black history and promote conversations across different generations.

“It’s important for us to celebrate our own history,” she said. “It’s very important that we continue to look at the past and weigh the past in terms of current events.”

The church kicked off its schedule of events on Wednesday, Feb. 6, with a free showing of “And the Children Shall Lead.” Set in Mississippi in the early 1960s, the film follows a group of children as they become aware of racial tensions between their families.

Following the movie, youth leaders from the church led a discussion with the audience.

During the conversation, members of the congregation shared stories about living through the civil rights movement. Attendees spoke of not being able to use the same bathrooms or classrooms as white people. One discussed meeting the Freedom Riders, a group of civil rights activists known for riding buses through the South to protest segregation.

Educational inequality was discussed in depth. Members reflected on their experiences attending schools where the legacies of racial segregation still exist.

While audience member Joan McCoy did not attend a segregated school, she said that racial discrimination still existed, as minority students were often tokenized.

“You would go to advanced classes, and you would be the only one,” she said.

Diversity in schools is improving, said the youth leaders, but racism still exists.

“Even with our white coworkers, we have to tell them to make sure they’re showing black authors, not just black athletes,” she said. “We have to be the advocate for these kids, who don’t even know their teachers are biased against them.”

Members of the congregation said the African-American community still has to fight for black history to be recognized.

“The textbooks are sterile. Major events aren’t there. There’s no history for African-Americans,” King said.

“The UNC statue is a symbol. Once it’s gone, does the conversation stop? There needs to be access to equitable resources for all students,” she said. “Especially in a historically white institution. Community members should be engaged in an ongoing conversation and working toward an action plan.”

There continues to be a strong connection between black churches and social movements, said the Rev. Jerome Washington.

“In the purest sense, black churches have always been central to the community, as the freest and safest spaces for people in the African-American community,” he said.

The church committee wants to spread awareness of films that are seldom seen or controversial.

“We want to show films that will cause a discussion in our community,” Washington said. “We brought them back so that we don’t forget. These conversations aren’t had in schools.”

Veronica Correa, a UNC-CH junior majoring in journalism and environmental science, is from Ann Arbor, Mich. She is serving this semester as special projects editor of the Durham VOICE.