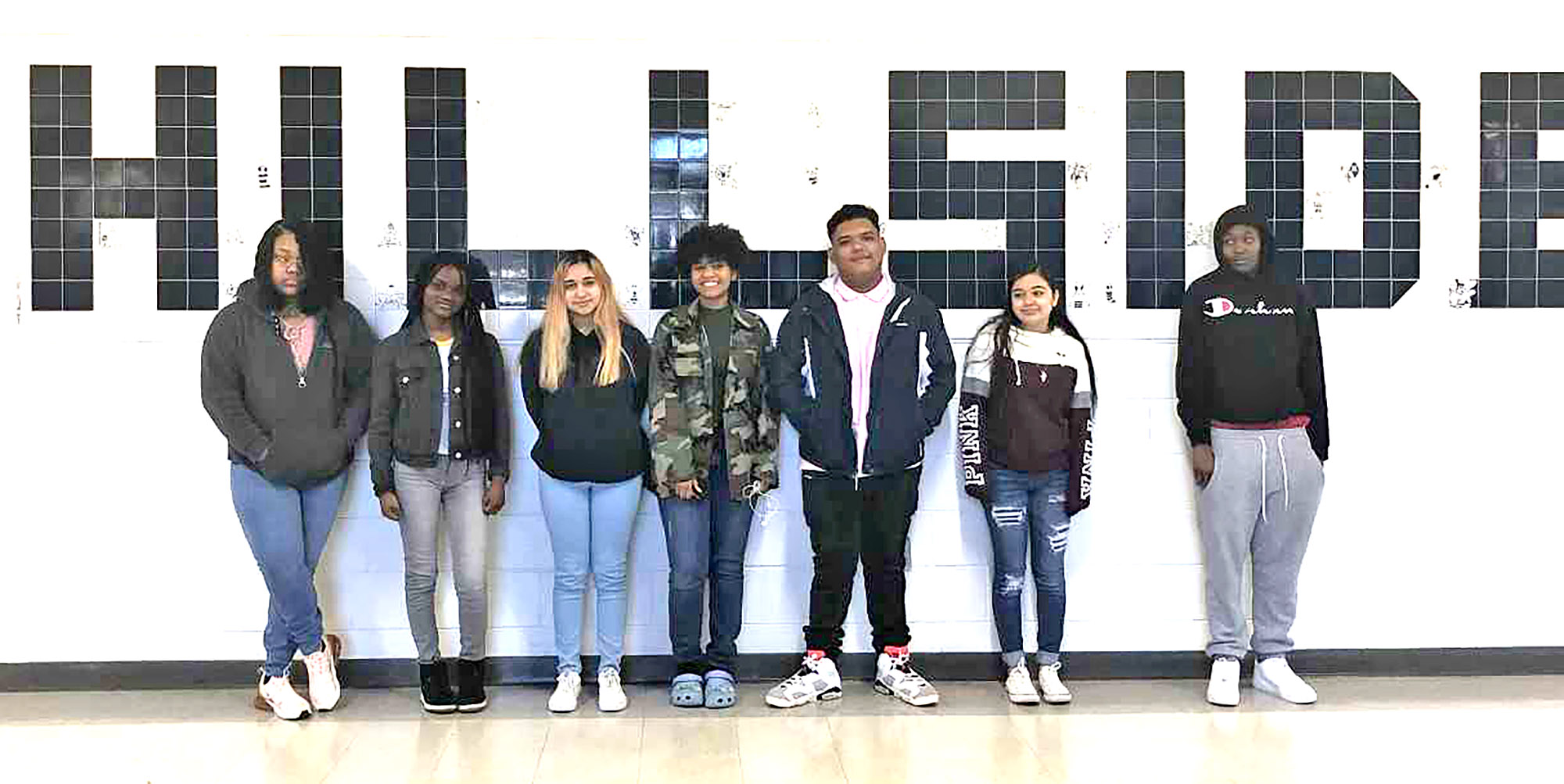 When Jenne Mondry was interviewed for a position teaching English at Hillside High School last summer, it was proposed to her that she teach journalism and take over the school’s newspaper. For Mondry, it was daunting.

“I let them know that I had not done that before, but I had done the yearbook at a middle school for a few years,” Mondry said. “I also worked in publishing before I became a teacher. I worked at some magazines.” 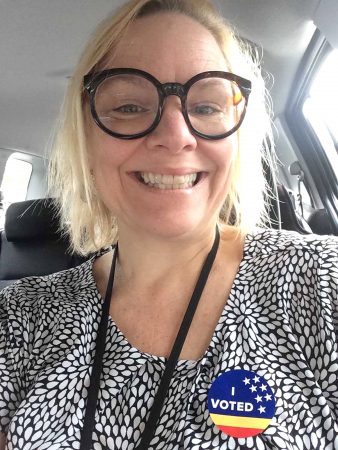 This year at Hillside High School is Jenne Mondry’s first as a high school teacher. “It’s a big adjustment to be in a new building, but I love it! I love Hillside,” she said. (Photo courtesy of Jenne Mondry)

Mondry, who has worked as a teacher for more than two decades, was excited and appreciative of the idea of working on the Hillside Chronicle. However, getting started would be no easy task.

“I thought there might be a staff of writers ready to show me the ropes, but that was not the case,” Mondry said. She began by finding an old journalism textbook at the school. “We’ve read through it and taken notes and done some of the exercises. And I feel like these students are much better prepared.”

Although there are hopes to make the paper available in a printed format, stories by students in Mondry’s class are currently only available on the Hillside Chronicle website.

“My first semester was not great in terms of actually publishing a large volume of student stories,” Mondry said. “This semester, my goal is to publish every Wednesday and to promote the website amongst faculty and staff.”

One of the students that recently had a story published for the first time is sophomore Laurie Lafleur. She is currently taking Mondry’s journalism class and Maureen White’s introductory yearbook course.

“I chose this class and yearbook because I feel like it will help me in college,” Lafleur said. “I don’t really know what I’m going to do yet, so I feel like it’s good to take different classes and when you figure out what you want to do, you already have that kind of experience.”

Lafleur’s yearbook skills are translating nicely to her work for the Chronicle. The class teaches design, photography, interviewing skills and caption writing. However, it’s Mondry’s guidance that has helped her grow most as a writer. “She gives a lot of good information and stuff that I didn’t know about journalism and writing,” Lafleur said. “She’s helped improve my writing and my reading at the same time.” 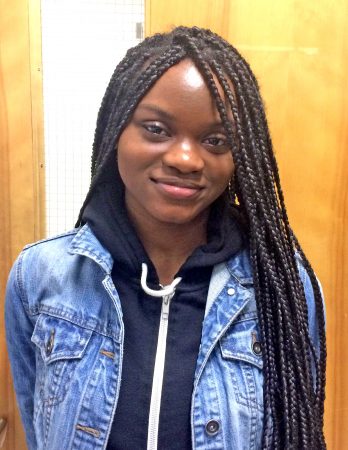 Before Mondry was hired, Jaclyn Novotny led the journalism course and newspaper. Novotny taught at Hillside for eight years but took an educational leave of absence in June 2018 to pursue a principal internship at Southwest Elementary School. Novotny emphasizes the importance of journalism at the high school level.

“It allows students to continue to learn how to write, but this time with a focus on something of their choice,” Novotny said. “They get to see what’s going on around the school and also gain some experience with interviewing.” Additionally, Novotny said the benefits of the paper work both ways, as student readers gain access to information they might not otherwise have.

That sentiment was senior Zion Stancil’s mind when he signed up to write for the Chronicle. His first story focused on the impact of race on education at Hillside, a predominantly black school. “I felt like maybe my school could get more inspiration from my stories,” he said. “I want people to feel like, if you have race-based education, it should matter to you.”

Stancil, who hopes to enter the University of North Carolina Wilmington’s marine biology program in the fall, praised Mondry’s support to the Chronicle writers. “She’s a great teacher; she’s kind,” he said. “Whenever you need help, she’s always there to give it.” 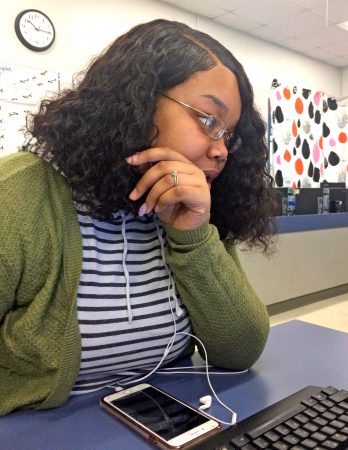 The student writers at Hillside have also gained help from staff from the Durham VOICE, which includes students from UNC-Chapel Hill and N.C. Central University, who come to mentor Hillside student writers every Friday. The VOICE has been mentoring since 2010.

Jock Lauterer, founding publisher of the Durham VOICE, came to Hillside and presented to Mondry’s students. Mondry said the students enjoyed his presentation, in addition to the assistance from Lauterer’s students. Since then, things have only improved.

“This semester, I’m extremely happy about the way things are going, which is that a whole gaggle of college students are coming in and working one-on-one with my students,” Mondry said. “My students already have more confidence about the way they go about their stories. It’s really motivating for my students to have that one-on-one attention, especially from people who are skilled, ambitious and not that much older than them. I’ve loved the way the UNC students have helped my students, and there’s been some laughing and having fun with it, which is always good.”

Mondry’s journalism course will likely not be offered as an elective next school year because additional sections of English classes must be added to accommodate the large class of rising juniors at Hillside. However, there are plans for the Chronicle to continue as an after-school club, which would be led by Mondry and White.