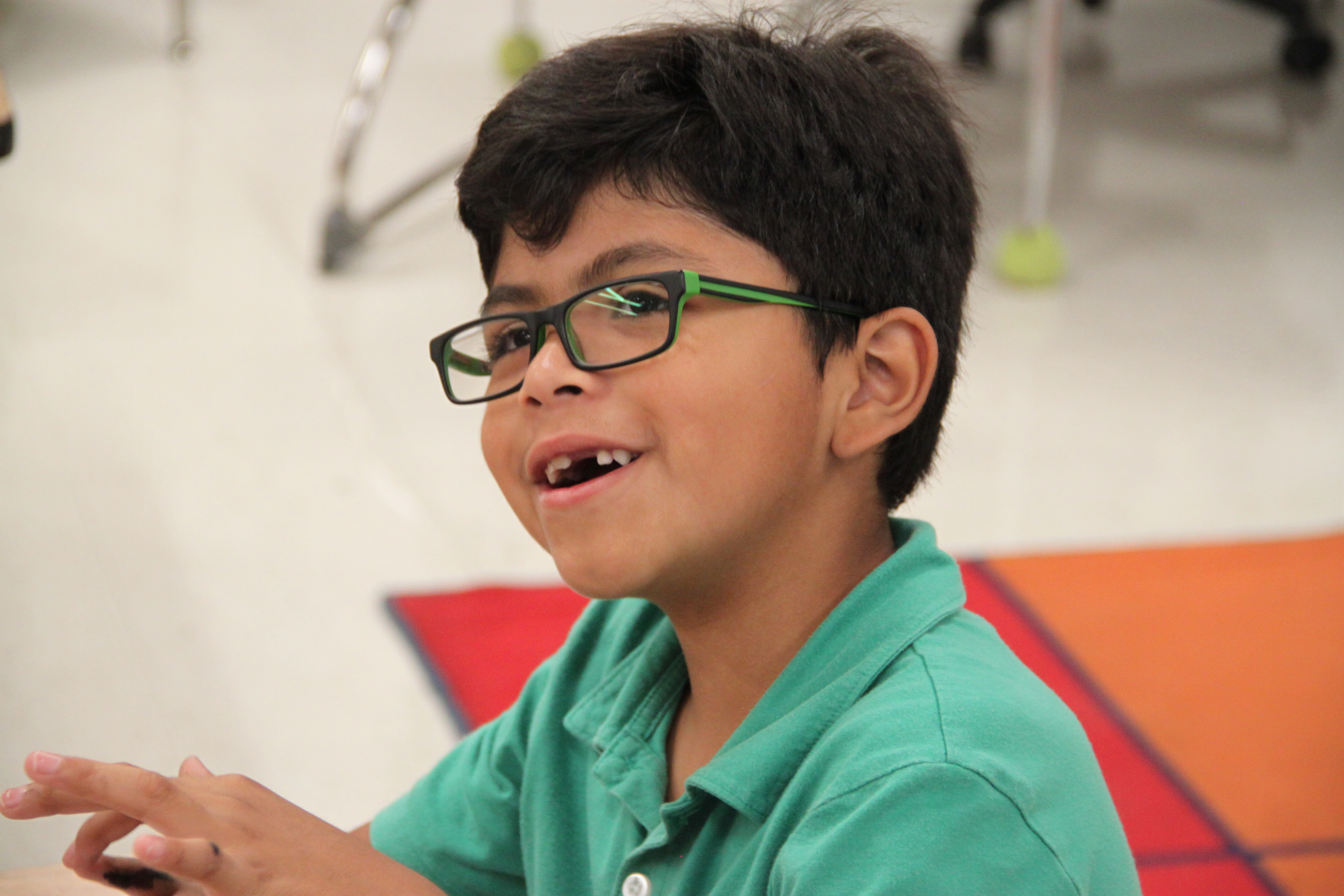 Liam, a third-grader who has been in CIS since second grade, has improved at completing his schoolwork since his first days working with Moné Smith, she said. "I’m proud of the growth he’s shown this year from last year in our program," Smith said. (Photo courtesy of CIS)

Carmen Settles remembers the first time she learned that going to college after high school wasn’t for everyone. She could venture out on her own path and be successful.

Although she graduated from North Carolina Central University with a marketing degree, Settles owes her success to Communities in Schools (CIS), a nonprofit that focuses on improving students’ academic, behavioral and home lives.

“From the time you start kindergarten, it’s drilled that there’s a certain path you have to take, but no one tells you to think outside the box,” Settles said. “Or if you want to be creative, you can enter a field that lets you be creative.”

CIS showed her that no matter what she wanted to do, there was a way to get to it, she said. Though the program helped her academically, it also taught her about different jobs that she never considered.

Today, Settles has turned that advice into a catering business, something she says she has wanted to do for a while.

The CIS model for students and schools

CIS runs programs throughout the state, including in Durham. The program operates through a model of attendance, behavior, coursework and parenting, said executive director Kerry Raquel. The holistic approach helps students succeed amid the mitigating factors of family structure and socio-economic status, said Moné Smith, an after-school coordinator for E.K. Powe Elementary.

Six participating Durham schools, including four elementary schools, one middle school and one high school, are assigned to a site coordinator who supervises student activities such as tutoring, enrichment programs and literacy groups.

Smith gives students a chance to decompress after school before activities begin. Then, younger students read for 20 minutes and older students complete writing assignments. She also provides time for students to work on their homework, while volunteers provide tutoring.

“This is a critical time where we are able to take extra time with students,” Smith said. “So it may be reinforcing multiplication skills or vocabulary skills, practicing handwriting and writing sentences.”

NC LiteracyCorps volunteers lead groups during the after-school session, giving students one-on-one support that they may miss throughout the day, Smith said. After tutoring, STEM-focused activities give students a break to have fun while learning. These activities promote skills such as problem-solving and team building.

A data management system tracks student progress to make sure they reach the goals set at the beginning of the year. The system tracks report card data, student tutoring hours and whether students complete their grade.

“With last year’s data, students who increased in their ELA or math grade, they sustained that (progress) throughout the year,” Smith said. 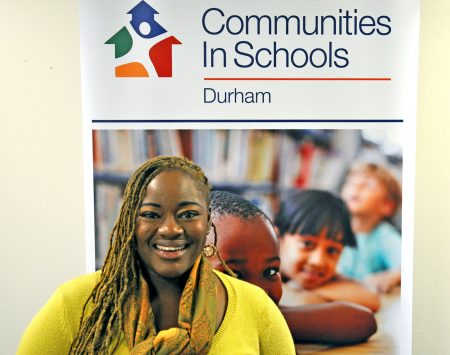 “Right after I graduated from UNC, I knew I was interested in working with children,” said Moné Smith, after-school coordinator for E.K. Powe Elementary. “With CIS, I was able to work with students in a different way outside of the school system because I wanted to affect change in a different way.” (Photo by Natasha Townsend)

When Marley entered the after-school program in second grade, she was a good student but had low confidence. She enjoyed school, but her teachers had to push her to reach her full potential, Settles said.

As a part of the program, Settles joined Incredible Years, a group for parents to help their child succeed in school and reinforce a positive home environment that motivates children to do their homework while promoting academic, social and emotional skills.

Incredible Years helped Settles get her daughter through a difficult time. Marley was tall for her age, and she was bullied at times.

Settles learned how to help her daughter through bullying. She spoke with Marley’s teachers and told them that Marley could be sensitive, but she could be a leader if her teachers gave her the extra push she needed.

“After that conversation, I noticed a change in her and how she perceived herself,” Settles said.

Marley used her increased confidence to start helping other students with their homework, and she isn’t bullied as often.

“Now, she’s capable of doing more than what’s required, learning and continuing learning after school is just setting her up more for success,” Settles said.

Settles said, “It takes a village to raise a child, and CIS is part of my village.”