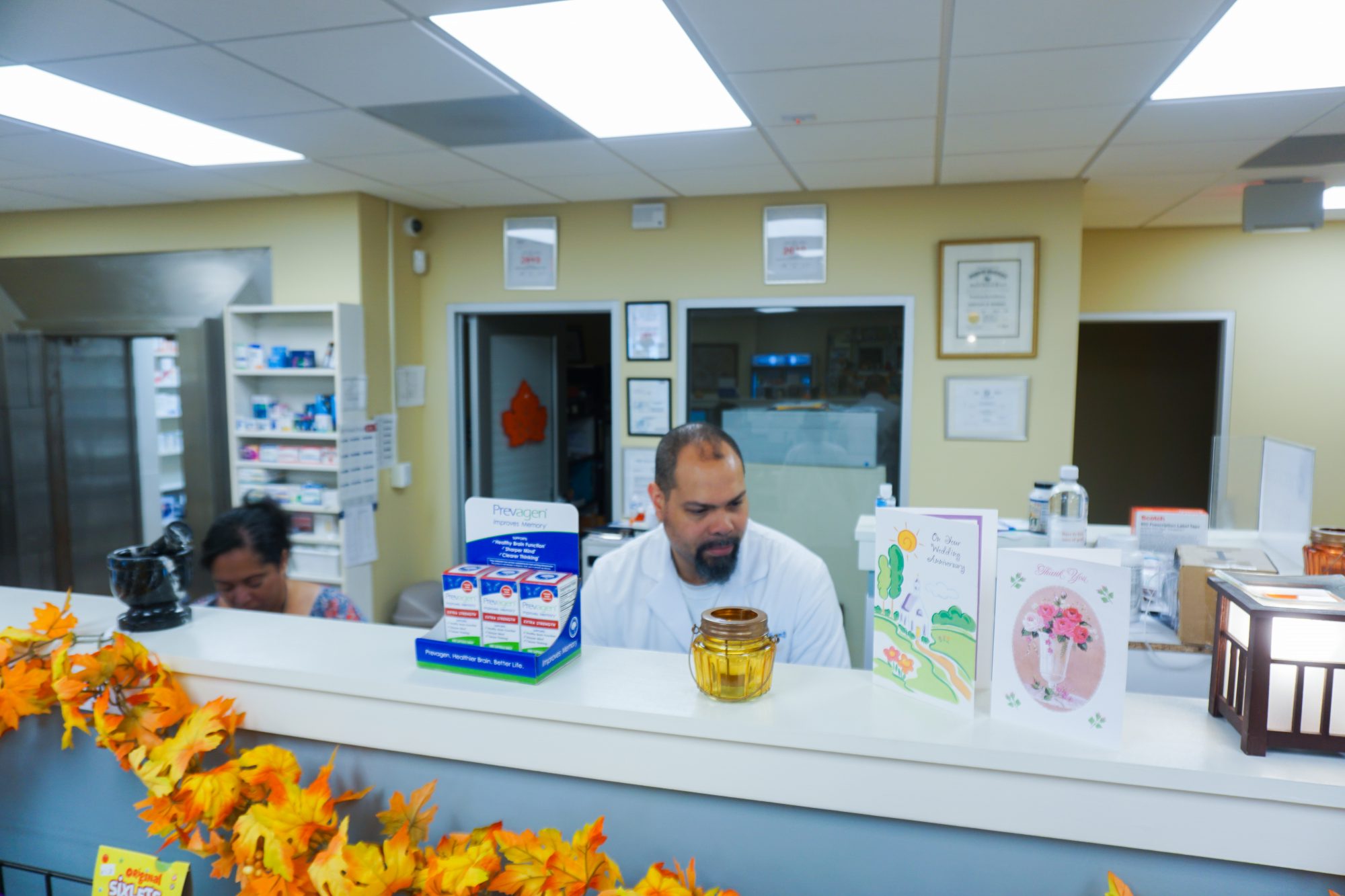 Darius and Terensia Russell work side-by side to make sure that orders are correct and available for customers.

Early February of this year, Darius Russell and his wife Terensia Russell took a leap of faith, and decided to open up a pharmacy on Angier Avenue.

Their friendly neighborhood startup business Russell’s Pharmacy is the only black-owned pharmacy in the Eastern Durham historic district. Darius Russell said he chose the location because of the great need for a pharmacy in the area, and he wanted to go where he was needed.

Terensia is a Durham native. Darius comes from Ahoskie.

The Russells considered opening up a pharmacy for five years. Right away, they faced financial problems, and the challenge of finding a location. They had to get proper certifications, including those from the North Carolina Board of Pharmacy and the Drug Enforcement Administration.

This, of course, was all new to them.

“We faced many problems starting up but we overcame them,” said Russell. “But the main problem that we face now is letting people know that we are here.”

The focus in on Eastern Durham, where the Russells saw a need for a pharmacy that knows its neighbors.

The owners say they want the pharmacy to earn a reputation as a fast, friendly service where the staff knows customers on a first-name basis, without even having to view their prescriptions.

“I have never had a pharmacists who knew my name,” said Bell.” “We need more black owned pharmacies in the area. They treat me like family here and I ain’t going nowhere else.”

Bell said she decided to make the transition to Russell’s after she found herself being charged too much for her liking at Gurley’s and CVS.

“This is a place God sent me to, to help empower and help my people out,” said Bell. “The devil thought he had me, but I got away.”

The owners say they’ve noted that most people travel less than 10 miles to get to Russell’s.

The staff at Russell’s is made up of Terensia’s parents and some part-time help from NCCU Student Phillip Bell.

“ I really did not want to work with anybody else rather than family,” he said.

Terensia’s father Michael Hamlett said that Russell’s wants to solidify a loyal base that the big chains have difficulty luring away, if they even bothered to venture into East Durham.

“We are here in this part of town to provide a service that big chains will not, so we’re here to provide everything they cannot,” said Hamlett.