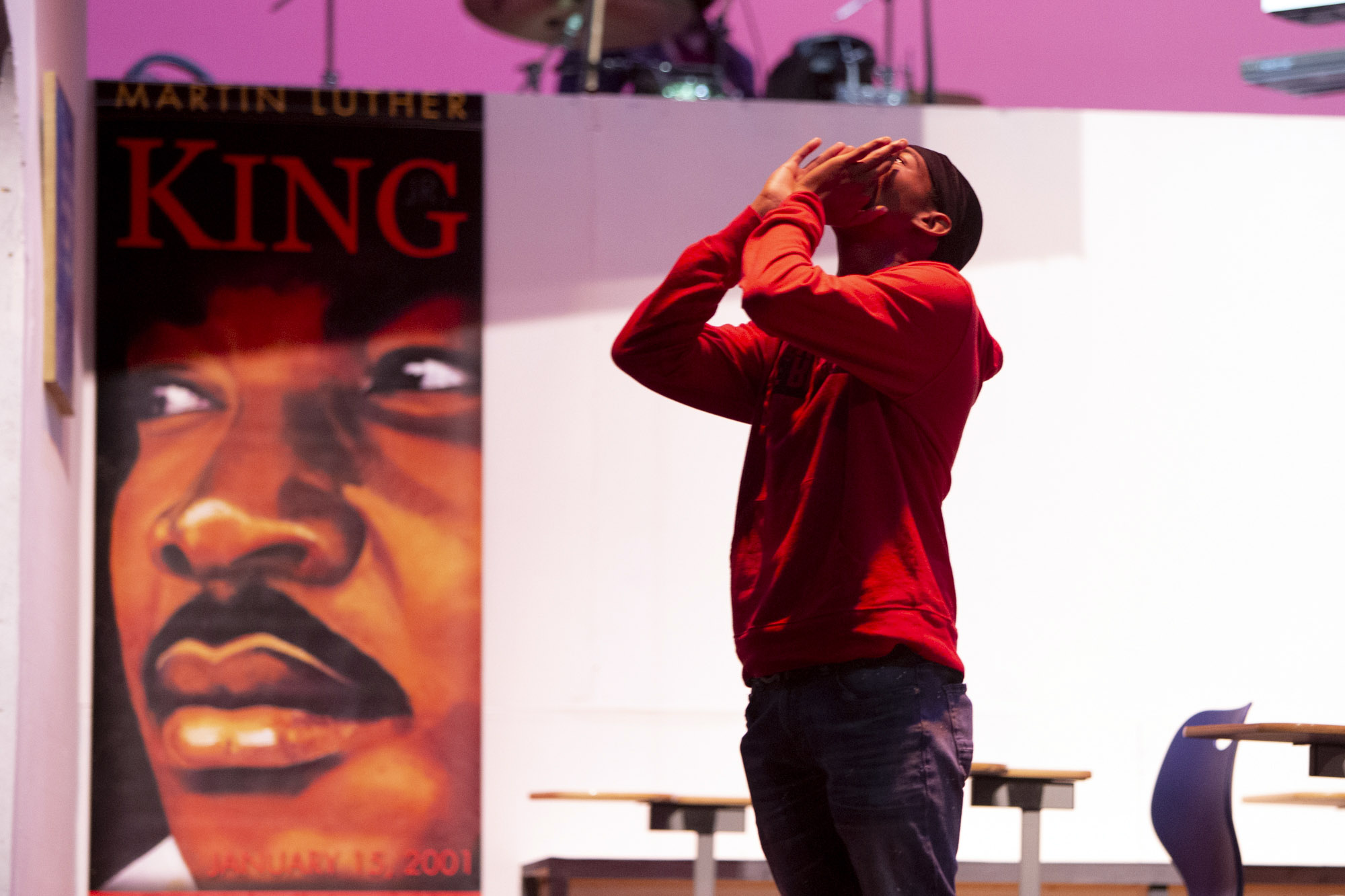 Hillside High School’s “Hallelujah! Swing School” returns for the second consecutive year for Valentine’s weekend in honor of John Henry Gattis’ “Mr. G’s Swing School.” The production honors the past and inspires the next generation of leaders from Durham.

The play is produced and directed by the esteemed Hillside drama teacher Wendell Tabb, who has taught at Hillside for 33 years. “Hallelujah! Swing School” is a review about historical figures from Hillside, Durham and North Carolina through popular music and songs throughout the decades.

“So, for example,” Tabb said, “if we’re talking about – let’s say – the band, then we can also highlight our music from Grady Tate, who was also a Hillside graduate and a famous drummer. so that music could be also played during that particular time as we highlight the band, music – here’s a person that went on to do great things. So, the type of play we’re doing I would call it a review in a sense that we’re able to mix music with history.”

Hillside senior Ethan Guilliame is acting in the play for his second year. He loves playing the roles, but also learning the history, just as much which has given him a new perspective.

“It just makes me respect North Carolina even more,” Guillaume. “Because a lot of people like to say, ‘Oh! You’re from North Carolina.’ But I’m actually proud from where I’m at, especially right here in Durham. … It makes me even more proud that black people In North Carolina have really made a difference in the world, and it’s going to really inspire me to do the same as well with my acting when I get out of high school. This whole play just inspires me.”

“They often come up to me and say, ‘Hey Mrs. Brown!’,” Brown said, “and they complimented me that I was doing a really good job. … It made me feel really good, because being a third-generation Hillside student, so my family has been in it or has been around it. So just getting that props of doing a great job playing this historical role felt really good.”

“I’m very excited,” Williams said, “just not only for the students that are coming here to learn more about their history, but I’m excited of what they can take from it, because it’s not just history. There’s a future, because if we know that people who look like us from right here where we are have done these things, then it will push us to go out there and do it as well. So, I’m excited for the impact that this play is going to have.”

Tickets can be found in this link.