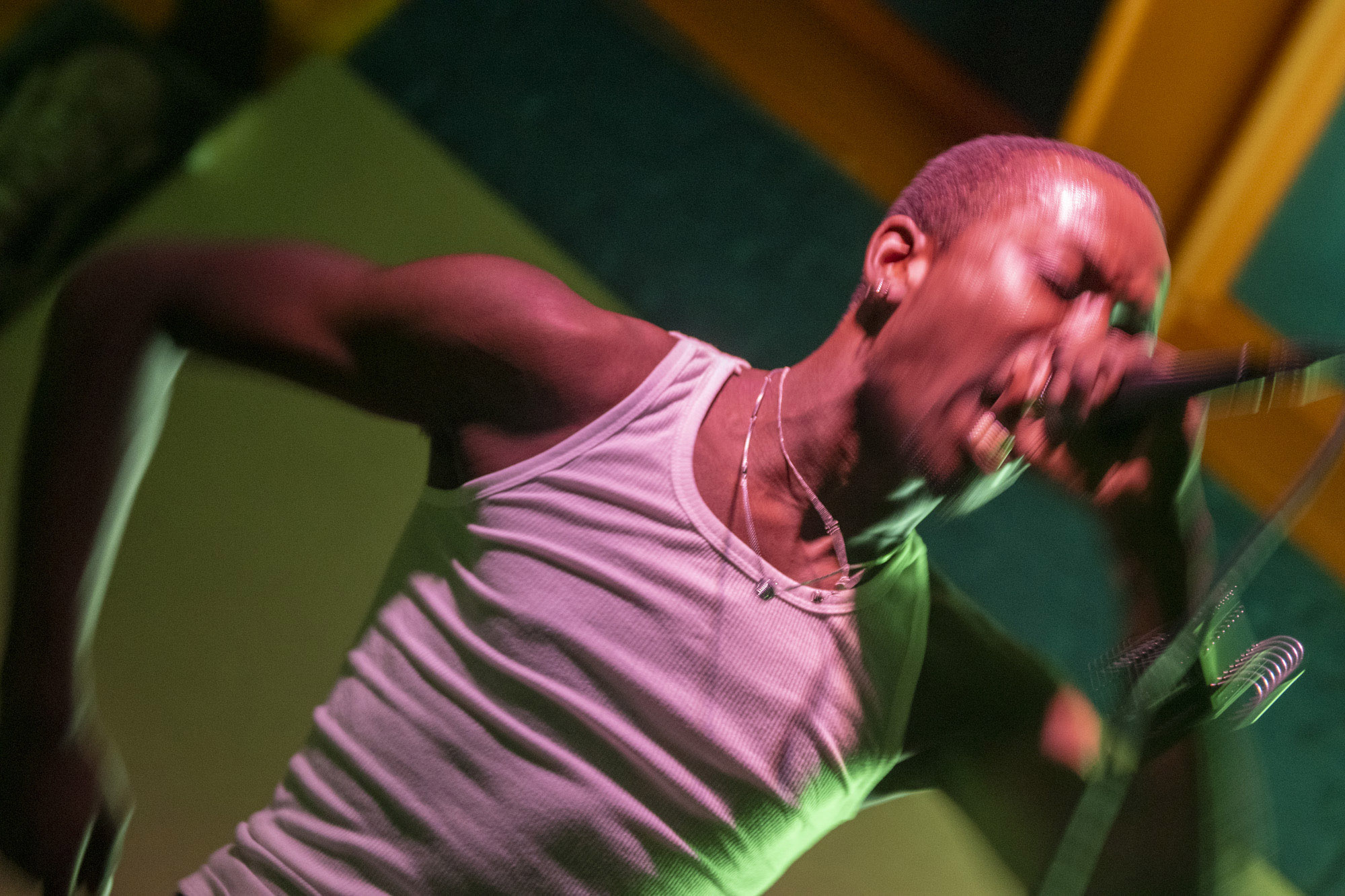 If you asked Austin Royale what he wanted to do with his life 10 years ago, he’d tell you he had no idea. But in 2020, he has a defined vision for a future where the children of Durham are free to explore all of their interests and have new ways to express themselves and hope for a better tomorrow.

Born Austin Royal Copeland, the Durham musician says he feels like black and brown kids in the community don’t have the opportunity to learn about life. He said they’re taught things in school that “don’t apply to them” or things that “aren’t even true,” referencing the sanitized history of Christopher Columbus.

Growing up, Royale didn’t realize music and art could be an outlet for emotional expression. No one in his family was a musician. They instead emphasized going to school or learning a trade. When he started discovering music on his own, he thought becoming a rapper, especially one from North Carolina, was impossible.

“It’s hard to make anything jump out here,” Phillip Loken, Royale’s manager, said. “But there’s two things: in North Carolina, if you really do your stuff and you’re from here, the people that support you really ride for you. We’re all inspired by each other. Second, if you can make stuff jump out here you have a leg up on the competition in bigger areas because they aren’t as hungry. They have resources and we don’t.”

Even though he didn’t know it at first, Royale’s music taste has always veered toward the alternative. When his mom bought him a clean version of Kanye West’s “Late Registration,” he instantly became a fan. When West released “Graduation” in 2007, Royale saw West’s symbolic teddy bear and knew he had to buy the record.

“That was the first album I ever bought with my own money,” Royale said. “When I heard ‘Graduation,’ that was when I really fell in love with hip-hop. After that, I fell in love with Lupe [Fiasco] because “Kick, Push” kind of changed my life. Rap music was all gangsta rap. Kanye and Lupe were the first to show me that you don’t have to be talking about hood stuff.”

When he was 14, Royale began recording music with one of his friends after hearing him rap on the bus. He laughs as he admits they both were terrible but lied to each other for encouragement.

As impressionable young kids do, they worked hard to imitate whoever they were listening to, mainly Wiz Khalifa and Curren$y. Inspired by those two, he and friends started a rap collective called “The Frequent Fliers.” They started getting noticed by their peers for their music after partnering with Pittsburgh streetwear brand Frequently Fly.

In high school, Royale shifted away from the laid-back, atmospheric instrumentals he began with for sample-based boom-bap beats similar to Durham rap group Little Brother rapping as A-10. When Royale graduated from Hillside High School in 2013, he planned to attend UNC Greensboro to experience something different.

“I went to school with black people my entire life, kindergarten to 12th grade,” Royale said. “I’m not talking about just a majority. I’m talking about nine white kids in an entire school. I just wanted to be around some diversity.”

Getting an education wasn’t his only focus though. Royale saw college as an opportunity to reinvent himself as an artist and find out what he wanted his music to actually sound like. Anthony Patterson, a friend of Royale’s since high school, said Royale has “constantly evolved” as a musician throughout the years.

“I had a whole album that I was going to put out, and it was all progressive boom-bap stuff,” Royale said. “Joey Bada$$ had just come out and I was like, ‘Yo, I can really take this to the next level.’ But then I threw it all away because I felt like the boom-bap was just some old head stuff. I was watching everyone come out. I was tapped into early Travis Scott, Raider Klan. I was like, ‘this is how I really feel.’”

Royale said whenever he would perform his old music, he’d be on “autopilot” and unable to generate any hype from the crowd. Moving to Greensboro allowed Royale to meet other North Carolina rappers like J.K. The Reaper and Deniro Farrar, as well as Florida’s Denzel Curry who introduced him to other rap subgenres.

“Listening to them talk about people like Ozzy Osbourne and Kurt Cobain made me go look them up,” Royale said. “I fell in love with this completely other world of music and art.”

Royale writes his music with the goal of reaching out to the kids who grew up in similar conditions to his and letting them know that there are other people who have felt similarly.

“I want to grab the attention, somehow, of the kids who were in environments like the one that I came from and expose them to things that they normally wouldn’t get exposed to,” Royale said. “There’s so many things that I wouldn’t have been exposed to until I saw a black dude I could relate to talk about it. Like, Kid Cudi made me go, ‘Damn, he relates to this white dude named Kurt Cobain?’ I had heard about him, but he’s just a rock star to me. I appreciated Kurt’s story before I started listening to his music.”

“Wish You Well,” Royale’s most recently released song is a step away from the rock-inspired raps he’s become known for. His repeated cries of,  “Oh, I wish you well” are sobering and captivating.

In the future, Royale wants to do public art demonstrations across Durham, placing canvases in historically black neighborhoods. This will bring the art directly to residents, giving residents a chance to see something they otherwise wouldn’t have the opportunity to experience.

“Even though that’s small, it’s very purposeful,” Royale said. “How many of these kids are going to real art museums? No one’s taking these kids to the Nasher. The Nasher has been at Duke forever, and no one took us on a field trip there. I didn’t go there until I was a grown adult and made it a choice to go there.”

Despite these barriers, there is a developing community of creatives in the city whose work details the black experience. Patterson describes Durham’s arts scene as “unapologetically black,” creating a space for black creatives to come together and express themselves.

“Maybe it’s due to the city’s rep, but there’s something special here that even non-natives see and admire, ” Patterson said. “I hope that spirit remains as the city is changing so fast.”

As a Durham native, Royale has seen the city change drastically since he was a child. A downtown that was once barren has become a hot spot for gentrification, creating a rift between newer residents and the city’s historically black communities. Royale says he hopes that one day these groups are able to live, interact and be more inclusive together.

“A lot of people in my generation don’t really go out to events because they don’t feel like they’re welcome in a lot of spaces in their own city,” Royale said. “The people who are moving here, who are mostly white, they say they love things about Durham, but they’re not actually willing to go in our communities and talk to the people.”

Brandon Callender is a senior reporting major at UNC-CH from Durham. This spring he is serving as co-editor of the Durham VOICE.