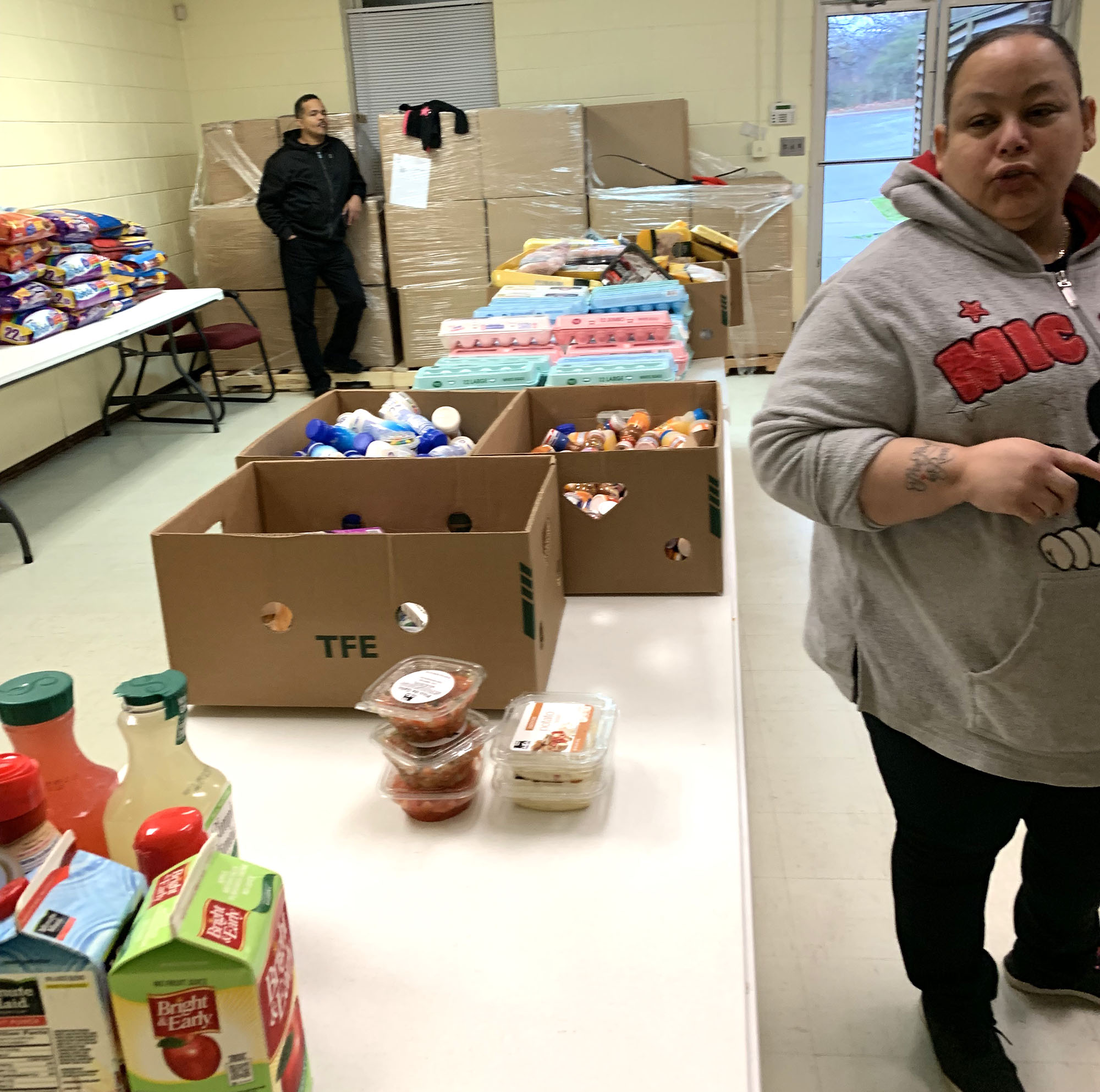 Everyone goes through ups and downs in life, and Suzanne Clark openly shared that things have been very rough since she became homeless in September. Fortunately, the Salvation Army is helping her.

On the morning of Friday, Feb. 22, she stood in a line outside the Salvation Army along with about 50 other people with bags and boxes waiting to receive a number for their opportunity to get free food provided to the Salvation Army by the Walmart located at Glenn School Road. 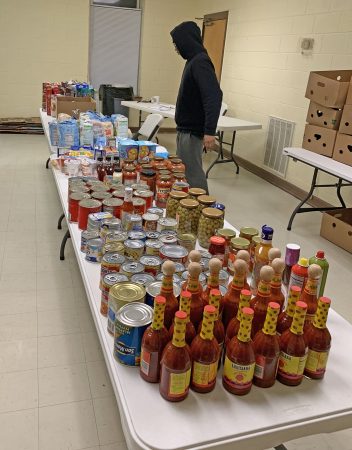 Yvonne Ayala, the case manager for the Salvation Army, picks up various foods such as frozen items, meats, canned goods, cereal and more every Monday, Wednesday and Friday morning which is stored and given out on Fridays from 9 – 11 a.m. or until the food runs out. Cat and dog food is also given out every other Friday along with cat litter if available.

“Instead of this food getting thrown away, we are allowed to give it to the community. There is a lot of suffering going on right now, and people are struggling, so this kind of takes some of the edge off,” said Debbie Avolin, director for social services.

The Salvation Army, located at 909 Liberty St., began “Free Food Friday” in December 2017 when Walmart reached out to them to handle donations because the Food Bank could not comply with the times and dates that the food needed to be picked up.

Avolin expressed that this type of service is important to her, her staff and the Salvation Army as a unit because they are there to help, not judge, and aid the people by listening to them, providing food, clothes, financial support and more.

After receiving their numbers, community members wait in a line inside the building until they are called seven at a time according to number order to show their ID and lease to Avolin who checks them at a front table. The room is set up with about four tables full of different foods for people to choose. Volunteers specify how many of each item they are allowed to take.

Suzanne Clark described this program as a “relief.”

“I haven’t had any income for years. I’ve been disabled by breast cancer surgery and some chronic post traumatic stress disorder, and I can’t work. I was made homeless in September, and I get a little bit of government food stamps, but $100 a month doesn’t help me eat, so having access to food throughout the community is important to me,” she said.

She also added that she would like to see more community kitchens open up in Durham.

Anthony Perry, a volunteer who has been helping every Friday, hopes to have more volunteers join them. This is the hope for many other staff members since that is one of the biggest challenges that they face. Community members and also students are free to contact the Salvation Army and get in touch with Katherine Bellamy, the volunteer coordinator, and offer their services, or just show up on Friday and sign in and out to get credit.

Students are also “more than welcome to come” to get grocery items, according to Ayala. They are just required to bring their ID’s. 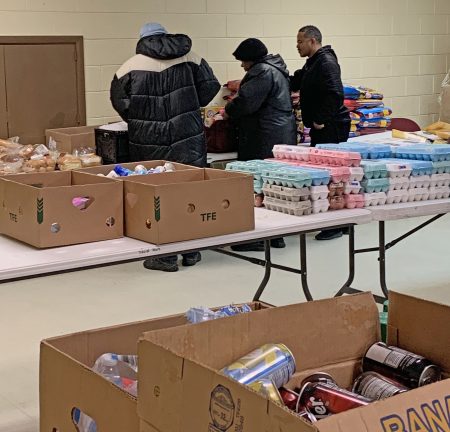 Paul Dargan, a volunteer who commits his time every Friday to the Salvation Army,  said, “The best part is just seeing all of the faces light up when they get their donated food and just being able to get to know them through the weeks.”

Dargan added how thankful he was to be a part of Salvation Army and aid in assisting them in the work that will benefit the community.

“Free Food Friday” serves people no matter what their status. If someone who is homeless enters and does not have a lease or ID to show, they are still able to get help.

“I am going on my 21st year with the Salvation Army,” said Avolin.  “I’m still as passionate as the first day I walked through their doors. What I love about the programs that we serve, we treat each individual with the utmost respect and dignity and provide services that are going to impact the families and individuals that we serve.”

“Everybody gets help no matter what…Anybody can come,” Ayala said.