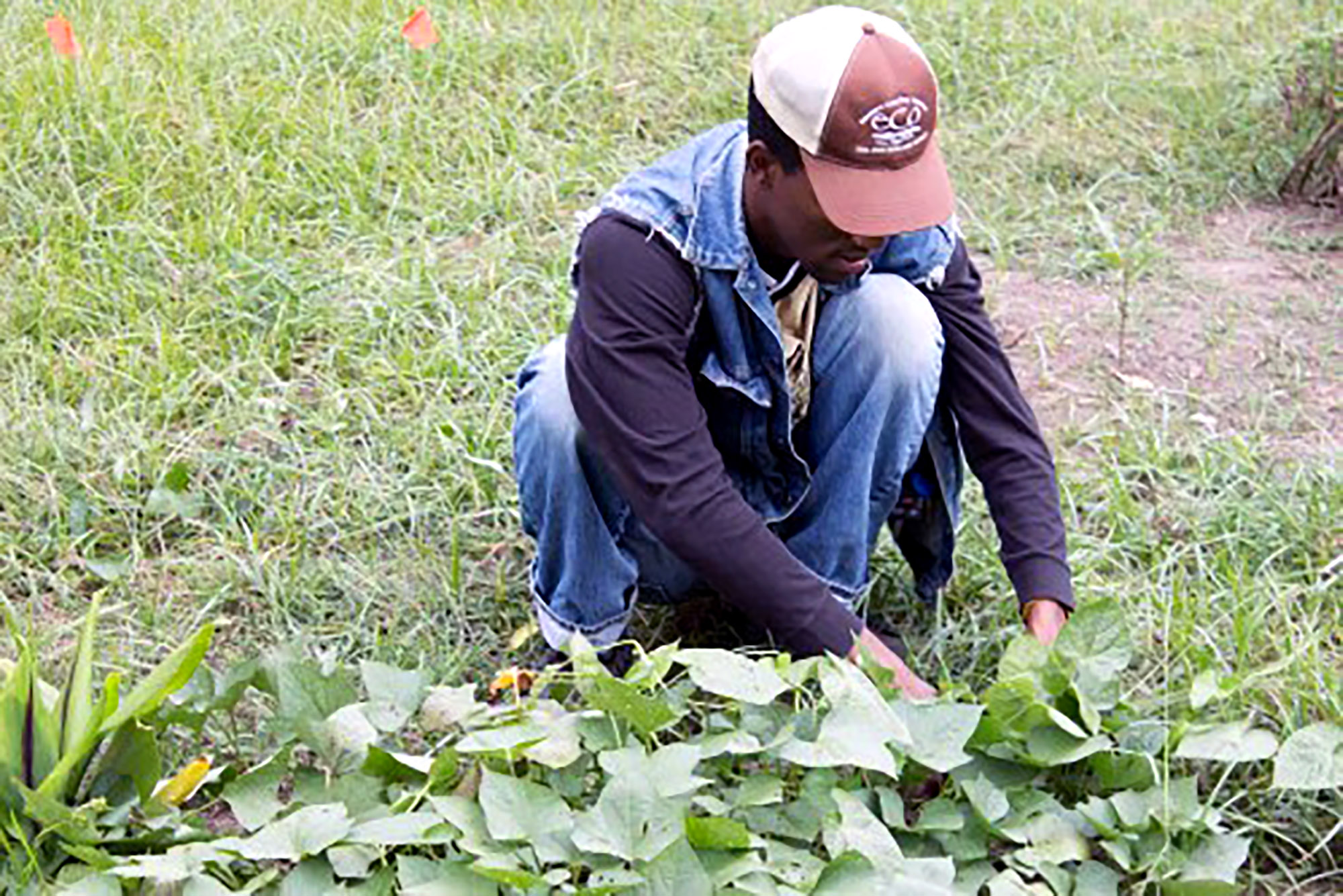 There’s a new generation among Northeast Central Durham trying to make their community brighter and healthier through gardening.

Angier Avenue Neighborhood Farm is a community farm located on the corner of Maple Street and Angier Avenue.

It was started by Bountiful Backyards, a Durham-based edible landscaping business in 2012 when they raised money through a Kickstarter campaign. Over the years though, people’s lives got hectic, some people moved away, and others moved on to other projects. The garden was not being fully cared for.

That’s when Michael Jones, who grew up in Durham, stepped in. He had worked for the creator of the neighborhood farm and asked if him and his fiancé could revitalize it.

“I started working for them while my fiancé began working for a non-profit at the University of North Carolina, Chapel Hill called Herban Gardens,” said Jones. “They taught kids of color how to grow their own food.” 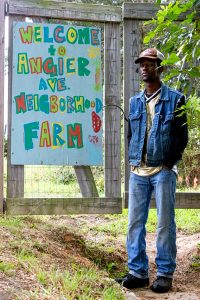 Jones, his fiancé, Giszell Weather, and friend Kenneth Strickland all put their talents together to rebuild the farm from the ground up.

Jones, an artist and musician; Weather, with a degree from UNC in anthropology along with Strickland, a former employee of SEEDS, have big plans.

According to Jones, there are plans to rent out raised beds to local restaurants, build a produce stand for the neighborhood and even have a stage for live musical performances.

Though they just started revitalizing, there are still fruits and vegetables being grown. Jones is growing some sweet potatoes and Weather has a bed of tomatoes flourishing.

They also have pear, apple and peach trees growing in the corner of the farm.

Jones works for Eastern Carolina Organics which is a local organic food distribution company that purchases produce from local farms.

“I want to teach people of color about sustainability and eating fresh food and why that’s important,” said Jones

He also wants to teach the black community of the neighborhood about permaculture which is about sustainability and working with the environment.

As they work on the farm, neighbors such as Robert who lives in the house across the street helps by lending gardening tools to the volunteers. He also allows them to use his power.

The church next door to Robert. Mission Holiness Church, allows volunteers to use their restrooms, fridges and sinks while working on the farm.

“I am trying to build unity in East Durham,” stated Jones.

The purpose, according to Jones, is to get as many people involved as possible. They have a work session every Saturday from 10 a.m. to noon fixing up the farm and pulling up weeds. Anyone is welcome to come help between those times.

The name of the organization behind the revitalization is Herban which is the sister company of the UNC non-profit Herban Gardens.

The NECD community can look forward to the project being finished by spring next year. The team plans to work hard until then.

“I want to bring fresh food to a food desert,” said Jones.

Camari Jones is senior journalism major at NCCU. A native of Charlotte, she is serving this fall as a writer-photographer for the VOICE.